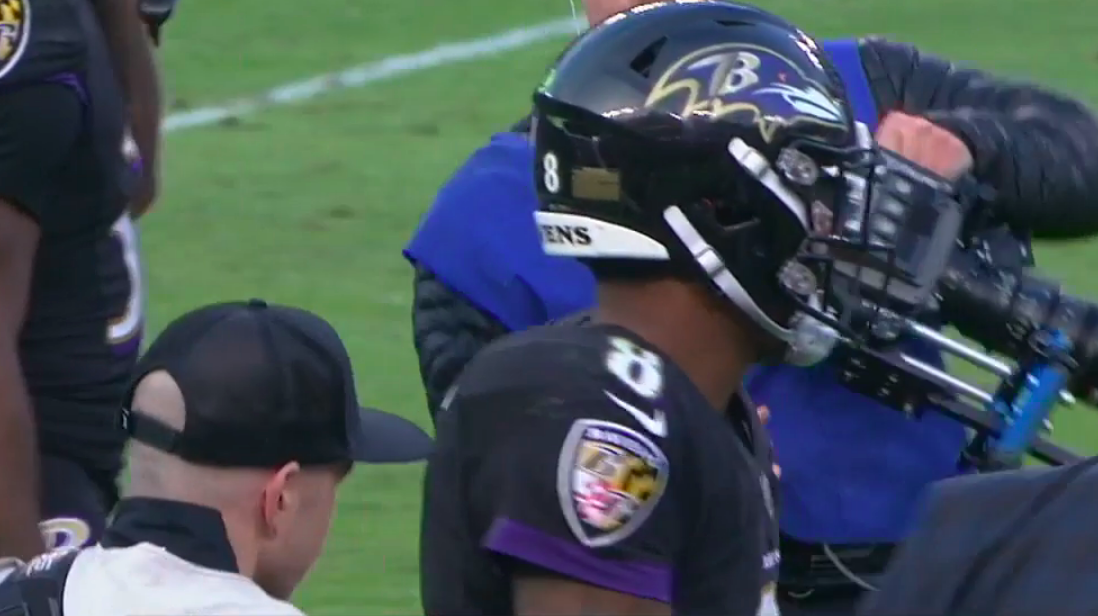 
The top moments from Week 11’s Sunday games include Lamar Jackson making his first start and a Raiders team enjoying their second win of the season.

10. Von Miller’s interception helps spring the Broncos to an upset win over the Chargers.

7. Andrew Luck and T.Y. Hilton connect for a couple of touchdowns—a 68-yarder and a toe-tapper.

6. Saquon Barkley goes for a hat trick against the Bucs.

For the 3rd time today…

4. Jon Gruden and the Raiders pickup their second win of the season and celebrate.

3. Lamar Jackson carries 27 times and helps lead the Ravens to a win in his first career start… and gets a strip sack.

STRIP SACK 😂@Lj_era8 was gonna get that game ball 😂😂😂 pic.twitter.com/dc4mywo6RB

"I got a strip sack on the referee" for the game ball. @Lj_era8 😂 pic.twitter.com/OsKnesL1aD

1. Drew Brees and the Saints continue to look unstoppable as they roll against the defending champs.