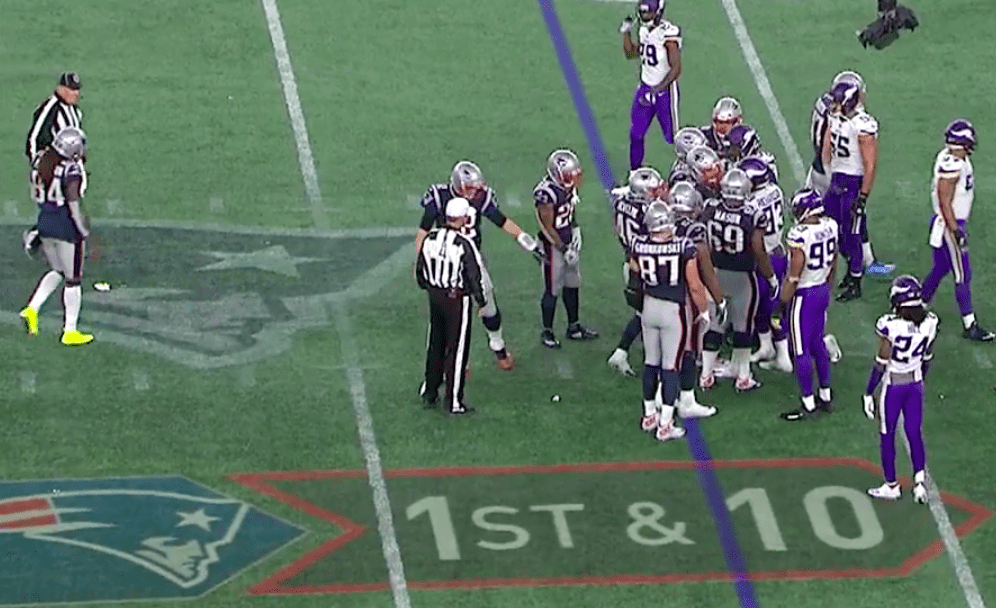 
Bye weeks are over, so the jam-packed Sunday of Week 13 of the 2018 NFL season had plenty of highlights.

10. Taylor Decker scored his first touchdown ever, but got too excited and threw the ball into the stands.

But he just caught a TD pass from Matthew Stafford.

To whoever caught/has the ball I threw into the stands. I’ve played football since first grade, and that was my first ever touchdown. I’d love to have that ball, and would be more than happy to hook you up if you’d be willing. #defendtheden #bigmantouchdown

I HAVE FOUND HIM!!!!!!! AND HE IS BEING GREAT ABOUT IT #socialmediastrikesagain

9. Akiem Hicks keeps with Bears tradition and scores a touchdown.

FINAL: The @Giants defeat the Bears in overtime! #GiantsPride#CHIvsNYG pic.twitter.com/nnZrjXSvQT

7. Jaguars defense shuts out the Colts.

231 yards through the air.
135 yards on the ground.@JoshAllenQB balled out in Week 13! #BUFvsMIA #GoBills pic.twitter.com/WNUfO1v8T7

5. Rams clinch the NFC West with a win over the Lions.

FINAL: The @RamsNFL improve to 11-1 and are NFC West Champions! #LARams#LARvsDET pic.twitter.com/xfmpcC3xQo

4. Tom Brady hits 1,000 career rushing yards and ensures he keeps it at the end of the game.

5-yard gain.
And that means…

3. Marcus Mariota leads the Titans to another comeback victory.

Bill Belichick and Adam Thielen get into a shouting match during #MINvsNE pic.twitter.com/jL70vF175D

1. Chargers come back to win a thriller against the Steelers in Heinz Field.