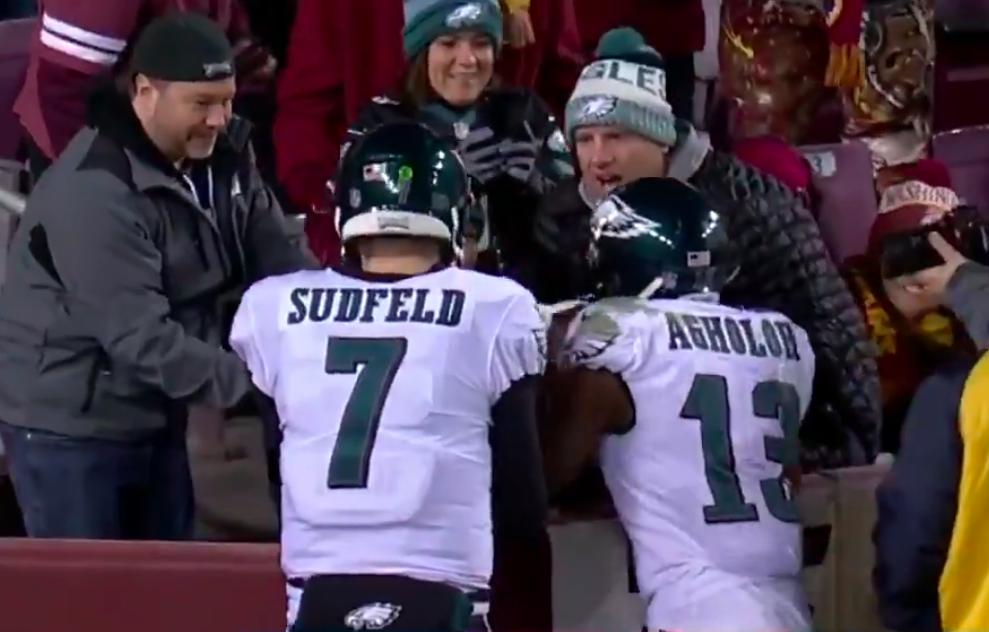 
Week 17 of the 2018 NFL season was filled with plenty of crazy moments, including in games that didn’t matter for seeding. These are the week’s top moments ahead of the postseason.

9. Baker Mayfield sets the rookie record for passing touchdowns in a season.

.@Bakermayfield just set the record for the MOST TD passes by a rookie in a single season. This was his 27th of the year!

8. Kyle Williams catches a pass in his final game as his teammates go crazy.

In his final NFL game… Kyle Williams caught a pass!!

And his @buffalobills teammates are loving it ❤️👏

7. Nate Sudfeld throws his first career touchdown pass and a ten-year old fan kindly and maturely gave the ball back after Nelson Agholor accidently gave it to him.

6. Chiefs rout the Raiders and clinch the AFC West and the AFC’s top seed; Patrick Mahomes throws his 50th touchdown of the season.

FINAL: @Chiefs clinch the #1 seed in the AFC! #ChiefsKingdom#OAKvsKC pic.twitter.com/wHjccn5DdH

4. Andrew Luck and the Colts clinch the final wild-card spot with their win over the Titans.

3. Nick Foles ties the NFL record for consecutive completions in a game as the Eagles do their part to make the postseason.

2. Bears defeat the Vikings to end the regular season 12-4 in Matt Nagy’s first season as head coach and kick Minnesota out of the playoffs while Philadelphia gets in.

The @Eagles are heading back to the #NFLPlayoffs! #FlyEaglesFly pic.twitter.com/6iFGE5dsP0

1. Ravens clinch the AFC North with and interception of Baker Mayfield, keeping the Steelers out of the postseason.

Meanwhile, @teamjuju and the @steelers are watching from Pittsburgh.

If the Browns win, the Steelers win the AFC North.