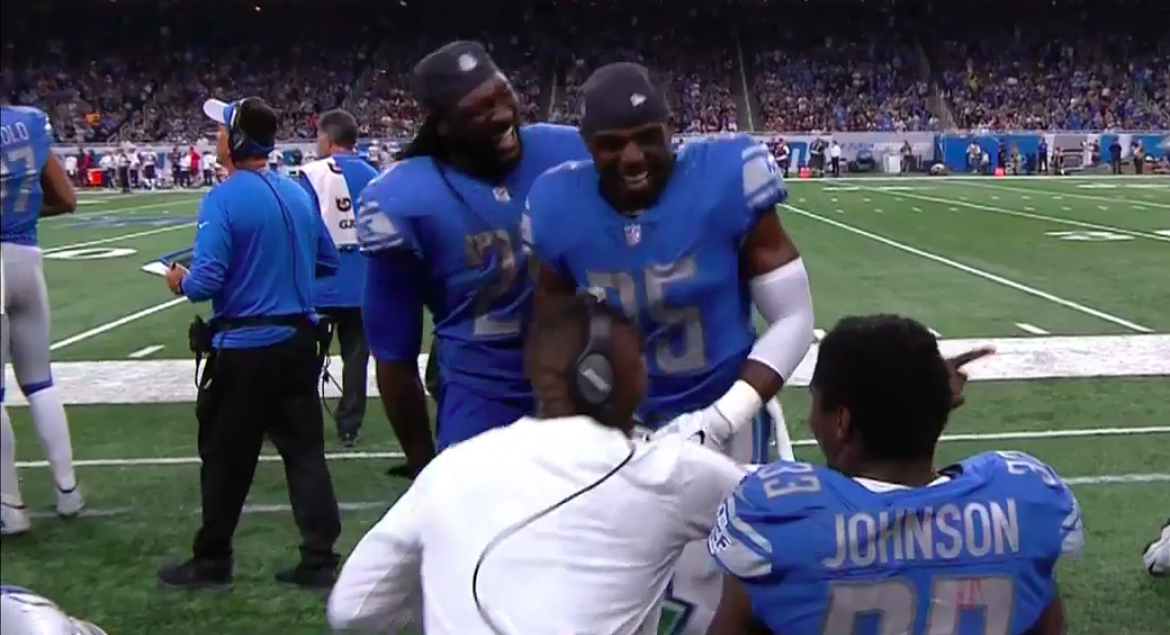 
This Sunday included the first Battle for Los Angeles in decades, the return of Carson Wentz, and the Lions finally getting a 100-yard rusher. These are the top moments from the Sunday of Week 4 of the 2018 NFL season.

10. Jordy Nelson shows he stills has it, starting the day with three catches for 139 yards and a touchdown.

9. Rams offense stays red-hot as they win the Battle for LA.

JOSH ALLEN WILL DO IT HIMSELF! 👀

5. Rookie Calvin Ridley goes off for three scores in a losing effort.

.@CalvinRidley1 just caught his THIRD TD of the day…

Let's hope you started him in @nflfantasy!

4. Carson Wentz returns to the field for the first time since last December.

3. Patrick Mahomes breaks another record to extend his record pace.

The Lions haven't seen that in 70 (SEVENTY!) games.pic.twitter.com/xnEfuZwW5a

1. Drew Brees spins and does it himself.