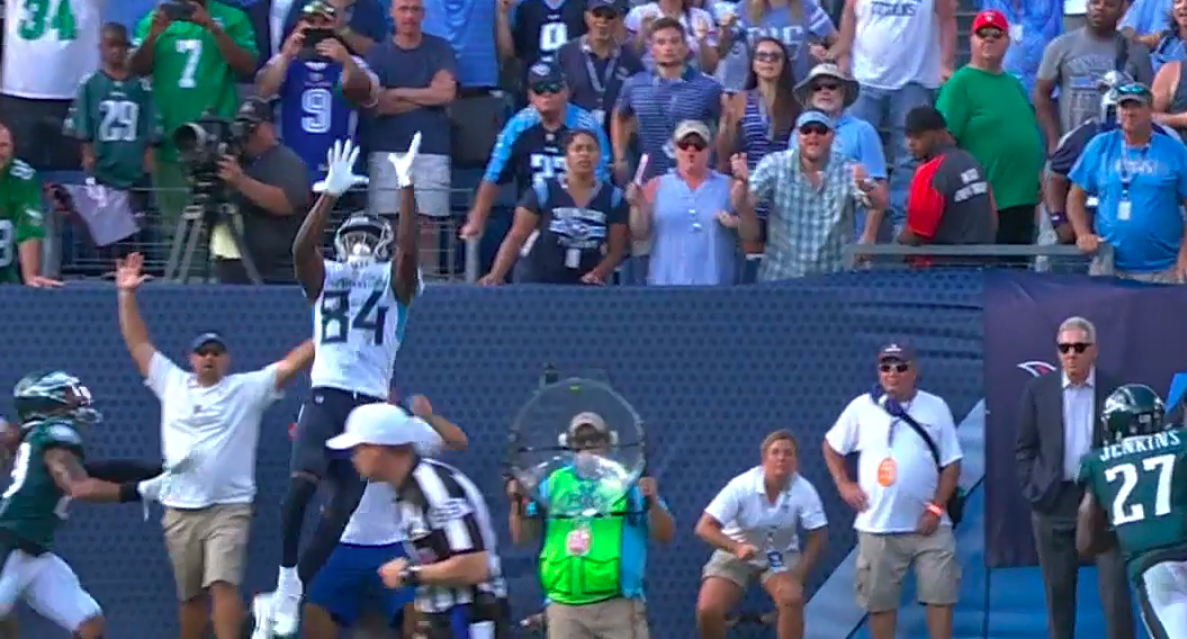 
Week 4 of the 2018 NFL’s Sunday was filled with nail-biters and overtime games throughout. These are the top moments from another thrilling day filled with football.

9. The Pats get back on track with a blowout win.

8. John Brown goes off in primetime.

The rookie just keeps scoring TDs.@CalvinRidley1 is IN!

5. Alvin Kamara sets a career-high in rushing with an exclamation point.

4. Raiders come back for Jon Gruden’s first win with the franchise in 17 years.

The @ChicagoBears quarterback threw SIX touchdowns, including five in the first half.@Mtrubisky10 was UNSTOPPABLE in Week 4! 🐻⬇️ #TBvsCHI #DaBears https://t.co/yu3h0LvqAg

2. Andy Dalton and A.J. Green come up clutch in Atlanta.

1. Marcus Mariota again shows ice in his veins in defeat of the defending champs.