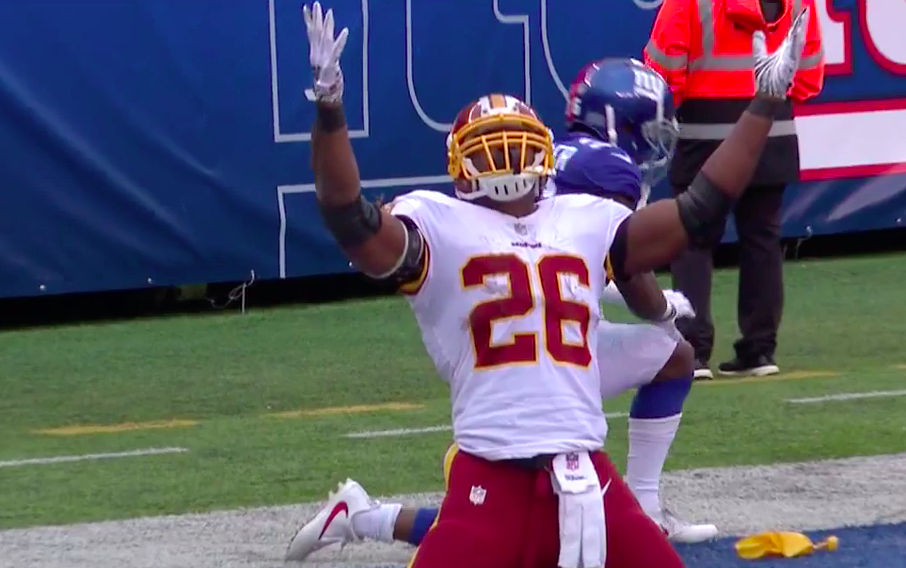 
Week 8 Sunday of the 2018 NFL season included the final London game of the year, dominant performances, and a new leading scorer in NFL history.

10. Tarik Cohen doesn’t need his linemen to pave the way for six.

9. Kareem Hunt hurdles (again) and bulldozes into the end zone.

8. Seahawks do a baseball touchdown celebration on the final day of the MLB season.

He brought the @Buccaneers all the way back.

6. Former VSU basketball player Mo Alie-Cox only uses one hand to go up and get it.

5. James Conner again dominates to lead the Steelers to a win over the Browns.

4. Patrick Mahomes throws another four touchdowns like it’s nothing.

3. Eagles win the final London game of the season.

2. Adrian Peterson becomes the oldest player since 1921 with a 60+ yard touchdown.

How do you settle the debate over who is the ‘Greatest of All Time?’@Jumpman23 wants to see it happen head-to-head. pic.twitter.com/L4v6kOvJfF