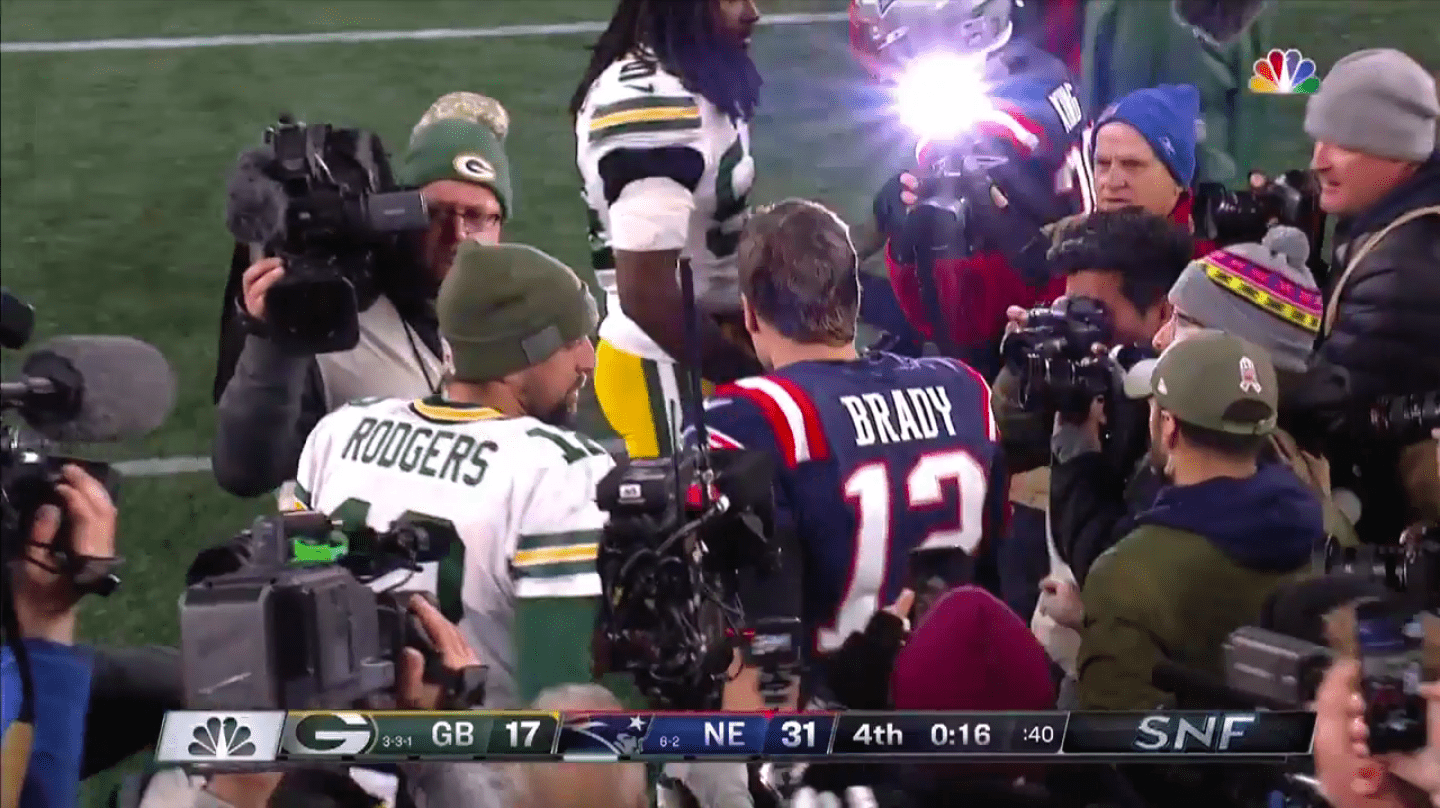 
Tom Brady and Aaron Rodgers played for the second time ever, Julio Jones got in the end zone, and James Conner continues to dominate. It was an eventful Sunday for Week 9 of the 2018 NFL season.

Everything about this is just amazing. 😂 (Stay for the celebration!)

8. Tarik Cohen AKA “The Human Joystick” shows off his nickname.

7. Curtis Samuel uses his elite speed to reverse the reverse for a touchdown.

5. James Conner continues to roll as the Steelers’ lead back.

163 total yards and a score. @JamesConner_ had ANOTHER big day for the @Steelers! #PITvsBAL pic.twitter.com/F0K6YqFULW

4. Julio Jones would not be denied and ends his touchdown-less streak.

3. Malcolm Brown shows insane balance and body control to get in for six.

2. Patriots come out on top as legends Tom Brady and Aaron Rodgers hit the field for the second time ever.

1. The Saints end the Rams’ undefeated season, as the ’72 Dolphins can breathe easy.