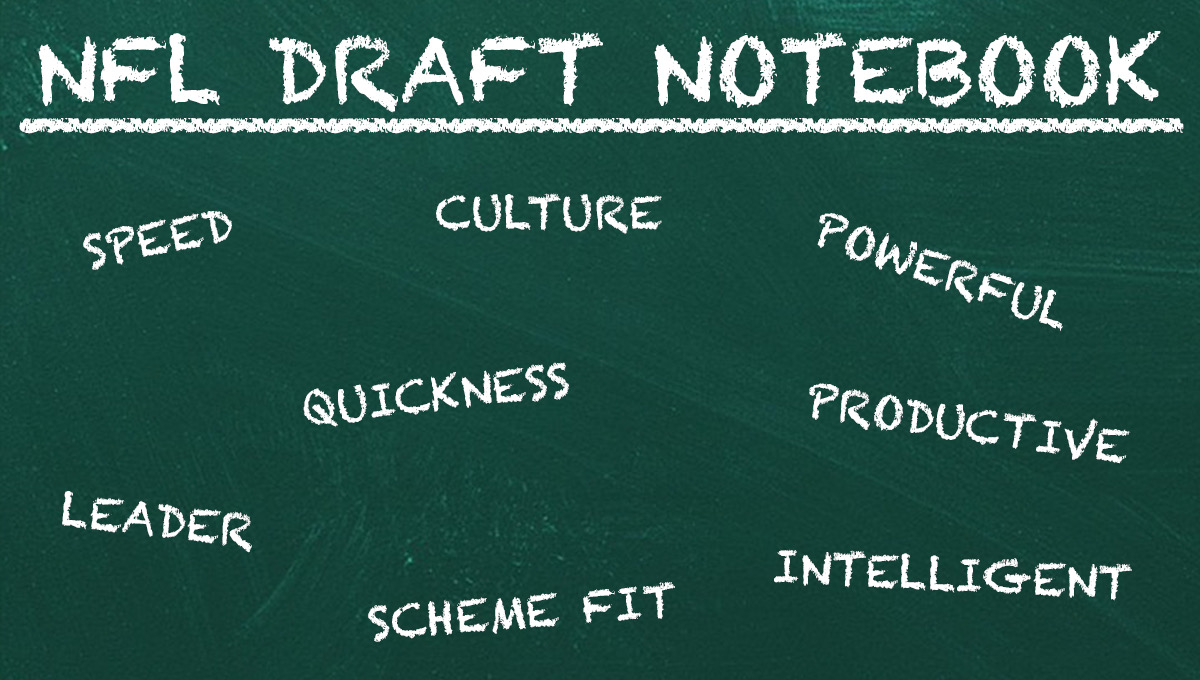 2019 NFL Draft Notebook: Thoughts With One Day To Go


My full positional rankings for the 2019 NFL Draft have dropped, and my Big Board will be released tomorrow; but there are some quick notes I wanted to release before things kick off tomorrow night.

-One of the most overlooked players in the draft

-Can play outside and in the slot

Multiple perfect backup quarterbacks that should be available late

Players that fit with Patriots

Bill Belichick always finds players that fit his team more than anyone else, and these are three guys I could see them targeting this year:

-Lukas Denis: interchange safety that can fill the Patrick Chung role as a Day 3 pick

-Ryan Finley: smart, tough, and accurate with the potential to prove himself as Tom Brady’s successor

Finally, there’s been talk that if the Giants are planning to take Daniel Jones (or Drew Lock) at No. 17, they should simply take him at No. 6. I completely disagree and don’t understand why that thought process hasn’t been challenged. If said quarterback is ranked No. 12 on their board, why would they pass up at least seven higher-rated players with the sixth pick? There’s no logic to reaching in that situation, and if NFL teams actually think that way, it’s the exact reason New England is always at the top.