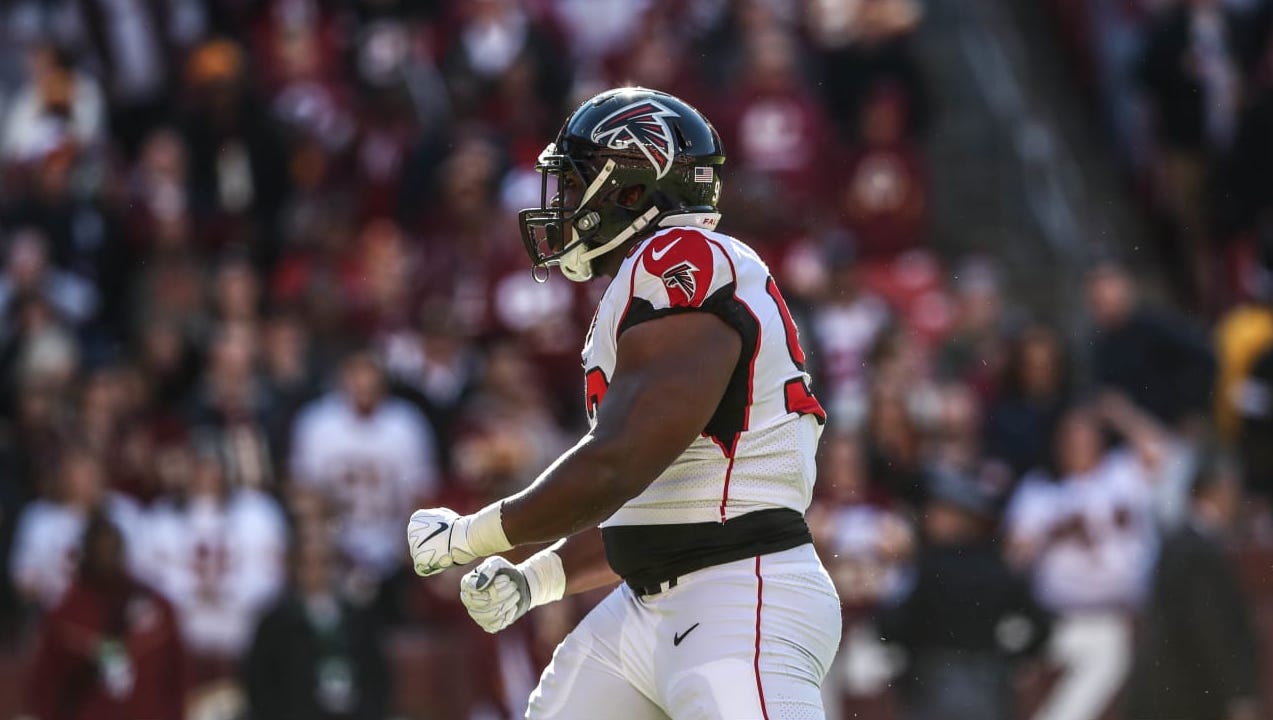 
Today, teams can officially place the franchise tag on players that are set to hit free agency, and there are upwards of 12-15 candidates around the league to potentially receive some consideration from their respective teams. Without being in the building to know the full impact each player has on their club, this is what I would do (or not do) with the notable names.

A long-term deal between Grady Jarrett and the Falcons sounds like it could get done this offseason, but Atlanta needs to be sure they don’t overspend if they feel a significantly cheaper replacement can be had in the 2019 NFL Draft. That said, Aaron Donald’s cap number fortunately doesn’t get exorbitant until 2020, so it might be wise to let Jarrett play on the tag this year (at a reasonable salary) before either signing him to a monster extension or allowing him to walk next offseason.

If only to keep Pittsburgh from possibly swooping in, I think the Ravens would be wise to tag C.J. Mosley and keep him from hitting the open market. The transition tag is worth considering, but the star linebacker’s scheme versatility would probably make it likely that another team is able to offer something that Baltimore is uncomfortable with if given the opportunity. Ideally, Mosley will sign a deal that doesn’t greatly exceed Luke Kuechly’s five-year, $62-million extension from 2015.

Even though the Cowboys are in a bit of a precarious position in that they need to keep in-house talent because their first selection in the 2019 NFL Draft doesn’t come until the late second round, Dallas probably should avoid paying a non-quarterback over $20 million if possible (which would be the case if they tag their defensive end for the second year in a row). Lawrence certainly has reason to hold off on signing a long-term deal before potentially reaching free agency, but so be it; I would bet on Lawrence wanting to remain a Cowboy.

Jadeveon Clowney has yet to have a season with double-digit sacks, but that doesn’t mean he’s been less than advertised for Houston. The former No. 1 overall pick has shown sustained dominance over the past two years in particular, and there will be no shortage of suitors for him if he’s not tagged. The Texans should keep Clowney and J.J. Watt together as the foundation of their defense and team.

I’m optimistic about new defensive coordinator Steve Spagnuolo in Kansas City, but will star pass rusher Dee Ford be worth a franchise tag or long-term deal as an end in a 4-3 scheme? The Chiefs might be better off allowing him to enter the free agent pool to see if they can get one of Ford, DeMarcus Lawrence, Jadeveon Clowney, or Trey Flowers for a potential bargain if they face a colder-than-expected market.

I originally didn’t have Anthony Barr on this list because it seems highly unlikely that the Vikings decide to franchise him, but for what it’s worth, the UCLA product does have four Pro Bowl appearances in five years. Still, Minnesota should probably let Barr see what he can get on the open market rather than force themselves into a high one-year number that limits their flexibility for a roster that is already paying Kirk Cousins big money.

We could also see New England tag left tackle Trent Brown or kicker Stephen Gostkowski, but Trey Flowers looks like the top candidate. While the versatile defensive end is in no way easily replaceable, the Patriots will find a way to adapt with whoever they have on the roster, so I’d be slightly surprised if they didn’t give Flowers the option to walk. In a best-case scenario, he returns on a team-friendly deal; in a worst-case scenario, the Pats retool through the draft and adjust their scheme if needed.

Similar to what the Chiefs could do (i.e. let Dee Ford walk and hope they can get a bargain for him or someone else at his position on the open market), I think New York would be wise to keep all their options at safety for what looks like not only a stacked free agent class, but also a stacked draft class. It will be a tough decision considering Collins’ age—he just turned 25 last month—and the fact that he already has an All-Pro selection under his belt, but franchises can’t get sentimental if there is a cheaper option available that they think can be just as valuable to their football team.

This should be pretty simple. Nick Foles brought the city their first Lombardi Trophy in franchise history, so it would be dishonorable to not let him go free and sign with the team he pleases (including the Giants or Redskins).

On the opposite end of the spectrum, Pittsburgh owes Le’Veon Bell absolutely nothing, and they might as well try to get some compensation in return for their superstar back by placing the transition tag on him. In this scenario, Bell could still get a long-term offer that the Steelers obviously wouldn’t match, but if he struggles to get the top dollar he’s seeking, Bell’s only two options might be to sit out another season (which won’t happen) or sign the tag with a trade in place—thus reluctantly aiding his soon-to-be former team.

Teams might be willing to overlook character flaws to acquire a guy that can get pressure on the quarterback, but Frank Clark’s past transgressions—including a domestic violence arrest and felony home-invasion conviction while at Michigan—could lead to a quiet market. The only thing I would consider here is the transition tag, but Seattle should hope for a bargain deal based on Clark’s talent.

Unless the Buccaneers are planning to surprise by selecting Ole Miss’s Greg Little or Alabama’s Jonah Williams with the No. 5 overall pick in the 2019 NFL Draft, letting a 26-year-old (in June) left tackle with Pro Bowl potential walk wouldn’t be a wise move. Besides being an above-average player, Donovan Smith has started 64-of-64 games since entering the league. Tampa Bay shouldn’t have much to think about here.