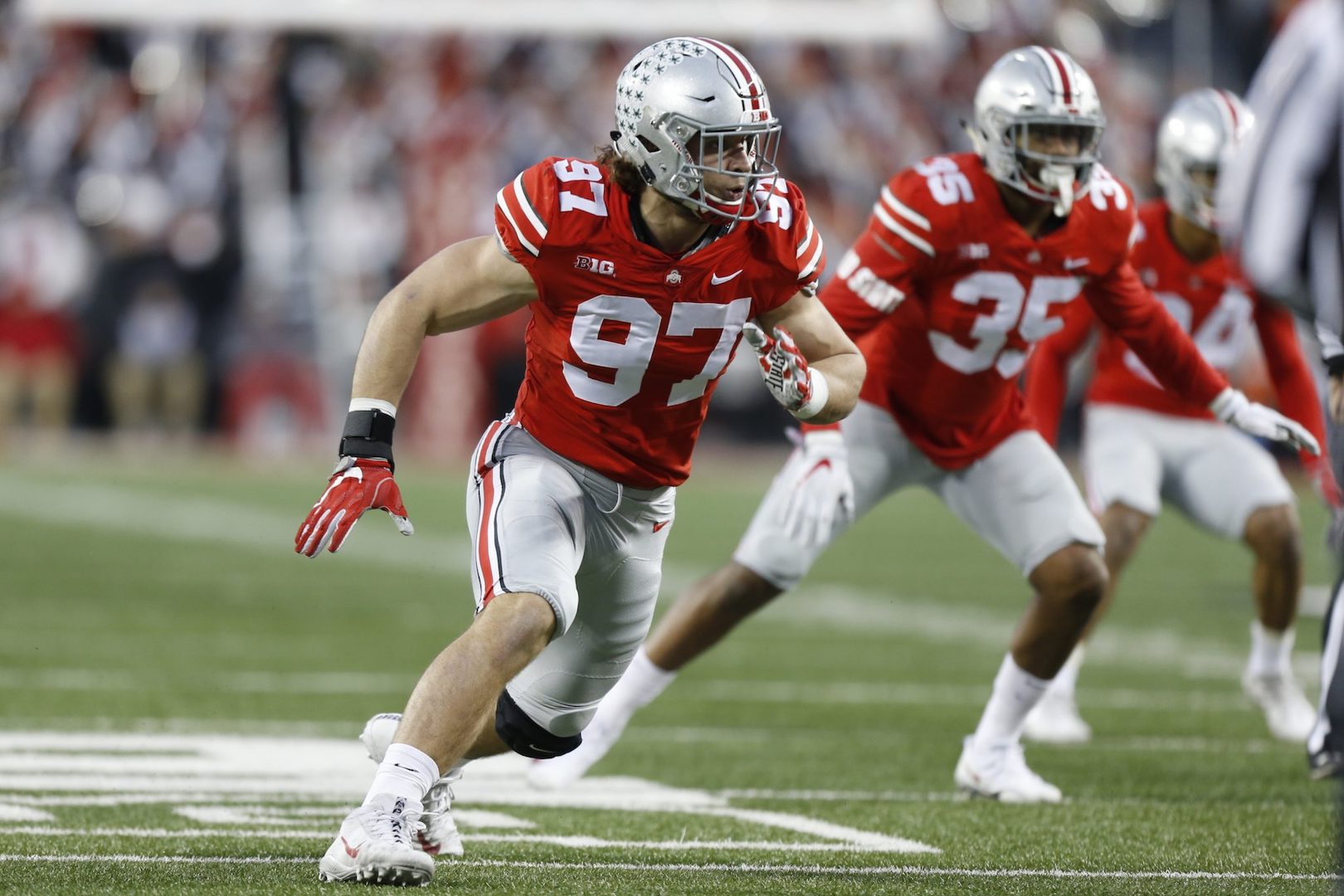 
We are just a few hours away from the 2019 NFL Draft, so it’s time for a final mock draft. Remember, this is what I think will happen, not what I would do. Here it goes.

There is increasing talk that Arizona could take Nick Bosa or Quinnen Williams here, but I would be very surprised if they took anyone other than Murray, who is the perfect option to run Kliff Kingsbury’s offense.

San Francisco bolstered the pass rush this offseason by trading for Dee Ford, but Bosa gives them more help in a division that includes Russell Wilson and Kyler Murray (not to mention Jared Goff leading the explosive Los Angeles offense).

It’s impossible to differentiate real interest from smokescreens in the days leading up to the draft, but I believe Redskins ownership will try to get their way with Haskins, and the Jets clearly want to move back.

No real “surprise” here with two quarterbacks pushing the Alabama product down, as Williams would create a scary duo with Maurice Hurst on the defensive line.

General manager Dave Gettleman would likely run the card to Nashville himself if things play out like this, as Allen has superstar potential and is the perfect fit for James Bettcher’s defense.

I wouldn’t be surprised if teammate Noah Fant was actually the pick here because his above-the-rim skillset fits with Nick Foles, but Hockenson’s run-blocking wins over Tom Coughlin and the Jags.

One of the seemingly real rumors floating around over the past couple days is that Atlanta wants to move up, but no one knows who exactly they are targeting; my money would be on Wilkins over Ed Oliver because he’s a better fit alongside Grady Jarrett.

The Bills would love to get a leader like Christian Wilkins to be the centerpiece of the defense, but with him off the board, they can add Williams—a battle-tested lineman that happened to play under offensive coordinator Brian Daboll at Alabama a couple years ago.

Denver has been heavily linked to Drew Lock (and more recently Dwayne Haskins) throughout the pre-draft process, but they should be confident in Joe Flacco, and Bush fills a huge void in Vic Fangio’s defense.

Could the Bengals draft another powerful offensive tackle exactly ten years after drafting Andre Smith with the No. 6 overall pick? Smith was my comparison for Taylor, who would start immediately on the right side.

I’m basically blowing up the middle of the first round with trades, as the Jets move up from the No. 15 spot (via Washington) to get a dropping Ed Oliver as a new favorite of defensive coordinator Gregg Williams.

The Panthers might need to hop ahead of Detroit if they want to assure themselves of getting Sweat, and I think it’d be a wise move considering offensive tackle isn’t as big a need as many believe.

Matt Patricia wants versatile pieces on defense, and Burns certainly fits the billing as a violent pass rusher with the athleticism to make plays in space.

Perhaps Green Bay would stay put and add Ed Oliver to a defensive front that already includes Kenny Clark and Mike Daniels, but Fant would be a high-upside target for Aaron Rodgers; Marquise Brown might also be an option as the perfect “Robin” to Davante Adams’ “Batman.”

I think Greg Little is worth a top-15 pick, but the consensus seems to believe there is a drop-off after Dillard, which might force Houston to make their move up to protect Deshaun Watson.

Only people in the building know what the Giants think of this year’s quarterback class (for all we know, they are targeting one of the 2020 guys), but Jones is a good value here, especially considering they wouldn’t need to trade any picks.

We could see Lawrence go a pick before this if New York doesn’t want a quarterback, but Minnesota—despite a lot of talk about the offensive line—wants to have a defensive powerhouse.

The Adoree’ Jackson pick a couple years ago (in this exact spot) showed that general manager Jon Robinson values speed, and Marquise “Hollywood” Brown brings plenty of it.

Pittsburgh is reportedly looking to make a big move up tonight (Devin Bush being the likely target), but I’m not sure they can outbid teams with a higher first-round pick; instead, Ya-Sin stays in Pennsylvania as the first corner off the board.

Seattle trading down here was going to be the lock of the draft, but the Frank Clark trade complicates things a bit because they could use pick No. 29 as bait. If Ferrell is the best player on their board, there’s no reason to move down.

The Seahawks not trading down would be good for Baltimore as they look to recoup a Day 2 pick in a trade down of their own, and the Colts might want to really open up the offensive by aggressively targeting Metcalf before Oakland or Philadelphia gets a shot at him.

I expect the Dolphins to trade down at least once to accumulate picks in anticipation of 2020’s quarterback class, and Simmons would be an excellent value if they view him as a top-five player (ignoring injury/character) like most media evaluators do.

The hole at running back is apparent for Oakland, and Jacobs is an all-around option that can run inside, run outside, catch passes, and stand up blitzers in pass protection.

It sounds like Philadelphia is going to trade Nelson Agholor this weekend, so A.J. Brown would be a reliable replacement to compliment Alshon Jeffery and DeSean Jackson in a big season for Carson Wentz.

The Ravens could have taken Butler a few picks earlier, but they move back and still get a big-bodied, downfield target that will help erase concerns about Lamar Jackson’s ball placement.

Can’t you just picture Jon Gruden loving Greedy Williams? The former LSU standout would hopefully provide shutdown play on the perimeter with the ability to take the ball away.

The safety class is strong enough that everyone might simply wait until Day 2 before we see a run at the position, but Los Angeles can get things started early by drafting Savage—a heat-seeking missile that would bring even more fear to a secondary that already has Derwin James.

Baker is worth a top-ten pick in my opinion, but if he’s still available at this point, Denver could decide to jump back into the first round and come away with an impressive rookie duo with he and Devin Bush.

Might the Packers decide to draft Aaron Rodgers’ successor in a rare year with two first-round picks? Lock has to clean up his mechanics and adjust to the NFL game coming out of Missouri, so this would be an ideal landing spot to learn behind an all-time great.

A trade back might be less likely considering all the other teams that want to move back in the 20s, so if the Rams stay put, Garrett Bradbury could step right in as a top-end anchor for the offensive line.

It’s impossible to get in the head of Bill Belichick to know what New England might do here, but Winovich’s relentless play style would be a welcome addition to a defense that wants versality and juice off the edge.