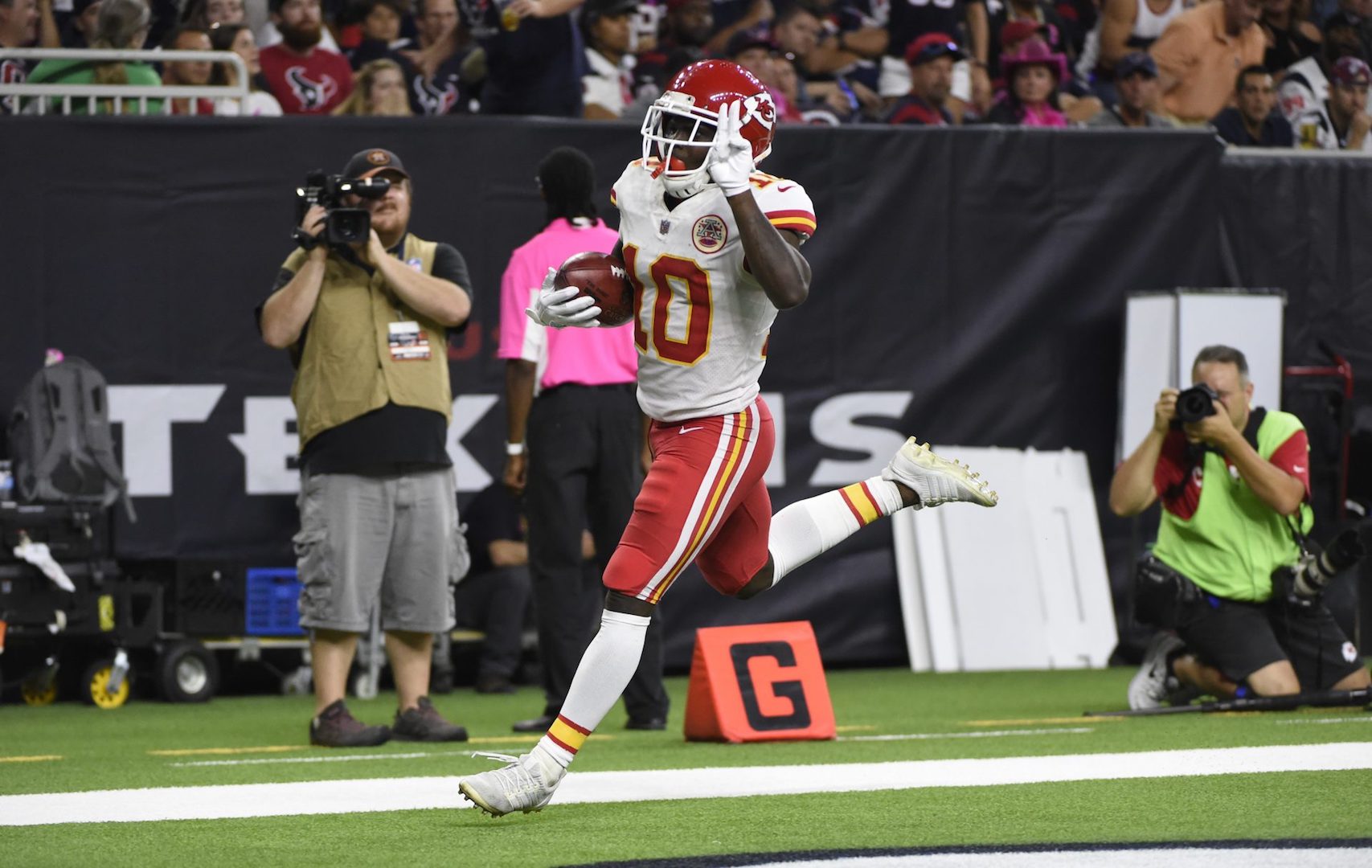 
A trip to the Super Bowl is on the line this weekend with the conference title games. Where does each team stand after the Divisional Round?

The 49ers looked refreshed coming off the first-round bye, and the team played with a ton of energy in their convincing victory over the Vikings to clinch a spot in the NFC title game. Jimmy Garoppolo simply didn’t see Eric Kendricks on his interception, but overall, he looked confident and made quick decisions with accurate throws in his first playoff start. San Francisco obviously cannot be overconfident from either last week or the first matchup against Green Bay (a rout at Levi’s Stadium), but they will be tough to beat if both sides of the ball are clicking.

The offensive performance of the Chiefs was almost like they were playing a video game and turned the difficulty to rookie after falling behind 24-0—Patrick Mahomes and his elite weapons were unstoppable once they got going in the Divisional Round. The Kansas City defense gave up 31 points, but the unit played much better than the score indicated, as Houston had a special-teams score and short fields in the first half. This Sunday against the Titans’ powerful rushing attack will be an entirely different challenge, but their poor performance in the first matchup earlier this season (a road loss) appeared to be the turning point for the defense.

Again, the Titans can beat anyone with the way Derrick Henry is running the ball behind an offensive line that’s playing extremely well—with many teams designed for the passing game in today’s league, Tennessee can deliver a bunch of body blows on the ground before delivering some haymakers on play-action passes and with late-game chunk runs. I thought it would come with Marcus Mariota under center (and it certainly could have with the way the entire team is playing), but the Titans are a squad I have been high on the past few years as a potential Super Bowl contender because of the presence of Henry.

The Packers have now been to the NFC Championship Game in three of the past six seasons, and this might be their most complete team. Aaron Rodgers has not put up the massive numbers this year, but he put the ball on the money in critical situations to help his team secure the win over the Seahawks. Jimmy Graham was essentially challenged by his former team leading up to last Sunday, and he came up with some key plays including the game-clinching first-down reception in Green Bay’s Divisional Round victory.

When the Ravens fell behind 14-0, it looked like they were in serious trouble because they are designed to play from ahead. It became a similar scenario to the postseason last year, but Lamar Jackson played better this year—there were opportunities for Baltimore, but they had some dropped passes and could not finish drives with touchdowns. 2019 was still a fantastic campaign for Jackson and the Ravens, and the future is very bright with much of the current roster set to return in 2020. Look for the likely league MVP to work on throwing outside the numbers in the offseason.

It appeared Jimmy Graham was short of a first-down to end the Divisional Round, but the Seahawks had opportunities to make a stop and were unable to get it done. However, the team battled admirably in a tough Lambeau Field environment. Jadeveon Clowney played as hard as anyone and was awesome this postseason, and it’s clear that he badly wants a Super Bowl—he and Russell Wilson, who I thought for sure would lead Seattle to a game-winning score late, really popped as major difference-makers that can carry their respective sides of the ball. Re-signing Clowney should obviously be a high priority for the Seahawks.

Perhaps they just ran into a better team, but the Vikings might have been a bit drained emotionally after their win in the Superdome during Wild Card Weekend. Minnesota kept it close in the first half, but they ran out of gas in the final 30 minutes—it hurt that the offense was unable to get star running back Dalvin Cook (15 touches, 26 yards) going, as the Niners were not going to let them run the ball effectively. The Vikings now lose offensive coordinator Kevin Stefanski to the Browns head coaching job, but Mike Zimmer still has a good staff (including Gary Kubiak) moving forward.

The Texans had a chance to deliver a real knockout blow to the Chiefs early in Arrowhead, but they weren’t able to do it and then fell to an offensive onslaught by Patrick Mahomes and company. People suggesting Bill O’Brien should be fired should not be taken seriously, and I like that the head coach has control selecting his players and making the moves he deems necessary to help put Houston over the top. The Texans have won their division in four of the past five years.