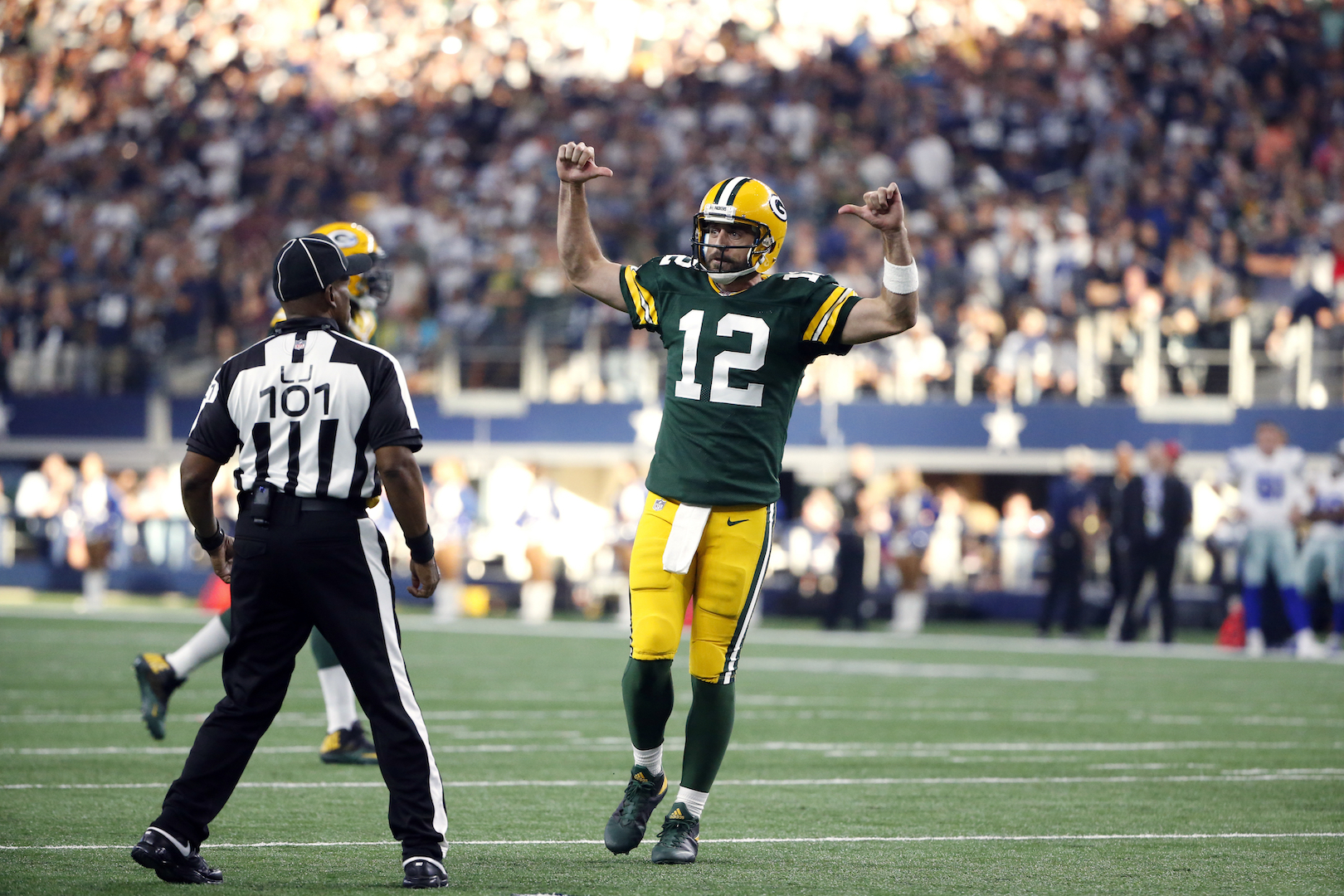 
I hope you all had a great Christmas. This week’s NFL power rankings is an abbreviated version with a few teams locked into playoff seeds and a couple of postseason spots up for grabs ahead of Week 17.

Lamar Jackson concludes his likely unanimous MVP season with 3,127 passing yards, 36 passing touchdowns, six interceptions, 1,206 rushing yards, and seven rushing touchdowns, as he will sit in the regular season finale with the AFC’s No. 1 seed locked up for Baltimore.

24 points isn’t amazing, but the Patriots looked very good offensively last Saturday against the Bills, scoring 11 fourth-quarter points in a comeback win. Tom Brady was sharp all afternoon, and second-year running back Sony Michel might have had his best game of the season. New England is looking to clinch a first-round bye this week at home against Miami.

The 49ers do move up a spot to No. 3 in this week’s power rankings, but there is some concern with their defense lately, as they have given up point totals of 46, 29, and 31 in their last three games. Still. San Francisco can clinch the top seed in the NFC with a win this Sunday night in Seattle.

Especially with how poorly the Vikings played on Monday night, the Packers haven’t faced a tough stretch of offenses recently, but in the past four games, the defense has allowed 15 or fewer points in every game (12.8 points per game). It’s a great sign that Aaron Rodgers seems completely fine with not putting up crazy individual numbers, as he looked happier than anyone when Aaron Jones’ 56-yard touchdown run basically clinched the win (and division) at Minnesota.

The Saints have an obvious case to be a spot or two higher in the power rankings, as Drew Brees is feeling it late in the year, and Alvin Kamara looked more like himself in New Orleans’ Week 16 win at Tennessee. Michael Thomas set the NFL record for receptions in a season, and he’s nearly unstoppable with Brees putting throws on the money nearly every time.

For whatever reason, the Seahawks have had trouble at home with the Cardinals, and their latest loss made it difficult for Seattle to get a first-round bye, as they’ll need help even if they beat the 49ers to win the NFC West. On top of that, the Seahawks lost workhorse runner Chris Carson for the season. We’ll see if Marshawn Lynch has anything left in the tank.

Cris Collinsworth did not articulate it well by talking down Allen Robinson last Sunday night, but he’s right about Patrick Mahomes being lucky to be in the situation he’s in with the very talented Sammy Watkins as a No. 3 target in an offense that has Tyreek Hill and Travis Kelce. The story for Kansas City is the defense, as defensive coordinator Steve Spagnuolo is getting his unit to play extremely well; this is the first time an Andy Reid team has given up three points in back to back games.

Josh Allen made some outstanding throws in Buffalo’s close loss at Foxboro, and the performance overall was very promising for the young franchise quarterback. The loss to the Patriots earlier this season might have been a turning point for Allen, as he’s playing smarter and avoiding mistakes while still making the “wow” plays and being about as clutch as anyone at the end of games. Buffalo is locked into the No. 5 seed, and their starters aren’t expected to play much this week.

Wide receiver Will Fuller unfortunately suffered another injury, and his uncertain status for the postseason hurts the Texans’ chances of making a run. The NFL messed up by not having the Texans play at the same time as the Chiefs, as Houston will know whether they have a chance to move up to the No. 3 seed by the time the play on Sunday.

The Vikings are another team locked into their seed (No. 6 in the NFC), but I would think their starters are going to get a good amount of playing time after the way they performed a few nights ago. Mike Zimmer cannot be happy with his offensive line in particular, as the team needs to run the ball to be where they want to be.

Philadelphia’s defense is playing at a high level at home, and they keyed the team’s 17-9 win over the Cowboys to get in position to clinch the NFC East this Sunday. The team cannot expect this weekend to be a cakewalk against the Giants, but the Eagles could easily win a playoff game at home if they get into the postseason.

The Titans were in a rare situation where the result of another game (the Steelers’ loss to the Jets) mattered more than their own, which gave the team an opportunity to rest superstar runner Derrick Henry for a Week 17 win-and-in scenario versus Houston. Hopefully the rest got Henry back to his usual self, as Tennessee is dangerous when he’s rolling and Ryan Tannehill can hit play-action passes to A.J. Brown and company.

Dak Prescott and Amari Cooper are certainly banged up, but they were not impressive against the Eagles with an opportunity to clinch the division; and it hurt not giving Ezekiel Elliott a heavier workload versus a team he’s torched throughout his career. Barring a Philadelphia loss, this will almost certainly be Jason Garrett’s last game leading Dallas.

The Steelers had a tough loss to the Jets, as the offense turned the ball over too much, making it difficult to win a defensive battle. Pittsburgh should get a victory against a resting Ravens squad this Sunday, but they now need a Titans loss to get into the playoffs.

Obviously, it would help if every team was playing its starters, but the Raiders making the postseason is a very realistic scenario, especially with every team playing a division game where it seems like anything can happen. Oakland needs to take care of their own business at Denver, though.

The defensive lapse at the end of the Rams’ loss to the 49ers last Saturday night was deflating for the team, and the defeat ends the postseason chances for last season’s NFC champions. LA will look to finish the year on a high note as they host Arizona.

Mitchell Trubisky ran with some success early against the Chiefs, but that quickly slowed as Chicago’s offense stalled. The Bears don’t have an opportunity to ruin the Vikings’ playoff hopes because of the Rams’ loss, but they’ll look to finish the year at .500.

If Jameis Winston didn’t turn the ball over so much, the Buccaneers would probably be in the playoff mix as a team that could challenge anyone in January. Todd Bowles’ defense continues to make progress, and Tampa Bay appears to have a bright future with Bruce Arians and Bowles—but it might be too optimistic to think Winston will shake the interception issues in 2020.

The Falcons are 5-2 in their last seven games, as the team is clearly responding to head coach Dan Quinn. Julio Jones became the fastest receiver in league history to 12,000 receiving yards, and he unsurprisingly made it about his teammates and the people that help him:

"It's a great achievement but it's for my teammates." – Julio Jones on becoming the fastest ever to reach 12,000 receiving yards. pic.twitter.com/Q4VDprihfV

I am not going to link it here, but another mainstream sports website declared Frank Reich a top-five “most fireable” coach, which is a complete joke. It isn’t discussed much, but to have the Colts hovering around .500 after losing a player the caliber of Andrew Luck is superb. Indy has the right guy at head coach.

Kenyan Drake is absolutely on-fire lately, with 303 rushing yards and six rushing touchdowns over his past two games—a deal that was made for an immediate fill-in at running back while the team dealt with a plethora of injuries at the position has worked out as well as possible, and Drake should be a big part of Kliff Kingsbury’s offense moving forward. Arizona is ending the season well, and they’ll look to finish it off with a win against a Rams team that torched them earlier this season.

Vic Fangio has his team rolling lately, with a 3-1 mark in the past four games (the lone loss to the Chiefs in Arrowhead). The Broncos have some young skill position pieces on offense to move forward with, including Drew Lock, Phillip Lindsay, Royce Freeman, Courtland Sutton, and DaeSean Hamilton.

Just 26 total points were scored in the Steelers-Jets game last week, so Sam Darnold’s early dime to Robby Anderson in the end zone was critical in New York’s six-point win. Darnold did a nice job of taking care of the ball against a turnover-causing defense.

After previously beating the Ravens this year, it looked like the Browns might have just had their number after pitching a shutout for the early part of last week’s matchup; but Baltimore quickly got hot and piled up 31 points to drop Cleveland to 6-9. Freddie Kitchens would be wise to feed Nick Chubb to end the season.

The Chargers were finding some success in middle of the season when they ran the ball, but they went away from that last week versus the Raiders, throwing 39 times. We’ll see if the Chargers can break through a suddenly stingy KC defense this Sunday.

NFL owners are the ultimate decision-makers and can simply change their minds at any moment, but it was surprising to hear that Doug Marrone will likely return as Jacksonville’s head coach in 2020. Owner Shad Khan probably wants to see how Marrone performs with Tom Coughlin gone, but the team might need to rotate fresh players into the program.

Daniel Jones became the first rookie in NFL history with three games of four touchdowns and no interceptions, and it’s pretty funny to see him prove the clueless critics wrong early in his career. Jones will now face the Eagles for the first time as he looks to kick the NFC East rival off the division lead.

Brian Flores was probably not thrilled with his team allowing the Bengals to get back into the game last week, but he’ll take the overtime win. DeVante Parker and Mike Gesicki continue to impress as a couple of young stars in Miami.

Carolina’s losing streak extends to seven after getting blown out by the Colts last Sunday, and rookie quarterback Will Grier struggled in his first career start. Firing Ron Rivera has clearly not given the Panthers any type of spark, and the team probably needs a big rebuild.

It’s unfortunate that Dwayne Haskins’ season is now over, but he showed major promise down the stretch after a slow start to his career. Washington’s defense had a pretty good stretch earlier this month, but they have struggled the last two games.

They lost by ten, but at least Lions players responded to the franchise announcing that they would be keeping Matt Patricia as the team’s head coach in 2020. Detroit will look to knock Green Bay down a peg in the NFC seeding to end the regular season.

The Bengals made it an entertaining end with their 23 fourth-quarter points to force overtime against the Dolphins, but the loss clinched the No. 1 pick in the 2020 NFL Draft and the opportunity to select LSU quarterback Joe Burrow.