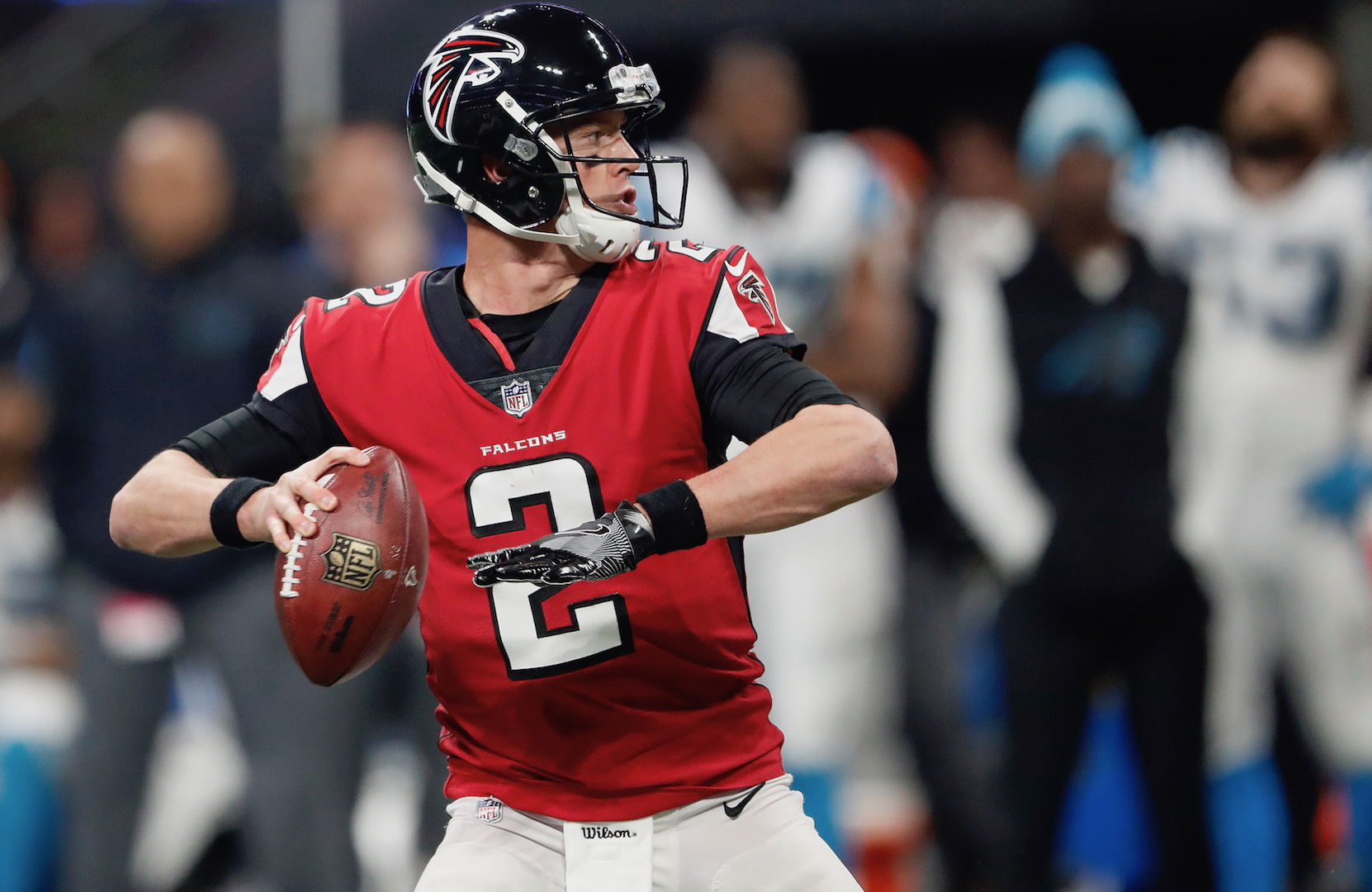 
Football is back! The NFL’s 100th season kicks off tonight with a matchup between the Chicago Bears and the Green Bay Packers at Soldier Field, and these next few months should be a blast for the league’s centennial. The NFL should be as competitive as ever in 2019, and there are only about three to five teams that would surprise me if they make the postseason. Let’s get right to the predictions.

While the Giants should be much better than most people are expecting (and the Redskins might be better than expected too), the NFC East champion came down to the Eagles and the Cowboys for me. Dallas plays a first-place schedule, but they’ll likely be favored in five of their first six games, and a 5-1 start would not be surprising; but things get more challenging toward the end of November, which includes a trip to Foxboro before a Thanksgiving game against an underrated Bills team, a trip to Soldier Field the next Thursday, and then a mid-December matchup with the Rams. Meanwhile, the Eagles finish their December slate at Miami, vs. the Giants, @ Washington, vs. the Cowboys, and @ the Giants. The two Philadelphia-Dallas matchups could be the difference, but overall, I’ll give the preseason edge to the Eagles in a division that hasn’t had a repeat champion since 2004.

The Lions are a wild card team in the NFL this season if everything clicks in Matt Patricia’s second year as Detroit’s head coach, as they have the talent on offense to be a really good team if the defense emerges as a top unit. However, the Bears, Vikings, and Packers look to be a step above ahead of Week 1. Minnesota should have a better identity offensively (running the ball to set up play-action to Stefon Diggs and Adam Thielen), which could help Mike Zimmer’s defense get back to being a legit shutdown group, but there were noticeable concerns all around in 2018. Green Bay always has a shot at the postseason with Aaron Rodgers, and their young defense is promising—but we’ll see how the partnership with new head coach Matt LaFleur works in Year 1. Chicago’s big weakness is the kicking game, but I don’t think it’ll prevent them from winning the division—though it could prevent them from making a deep playoff run.

I believe the best division in the NFC is the NFC South, as they have three teams that theoretically possess 12-win upside (the Falcons, Saints, and Panthers). New Orleans was painfully close to both the NFC title game and a Super Bowl appearance in the last two seasons, while the Falcons and Panthers represented the conference in the Super Bowl in the previous two years. Ultimately, I could see three teams from the NFC South making the postseason, but the division has an interconference slate against the AFC South, which should have four solid teams. The Falcons are determined after last season was derailed by injuries, they have an elite quarterback leading a stacked offense, and Dan Quinn is back to calling the plays on defense—they’re the pick in the division.

The Cardinals are one of those teams that I would be surprised by making the playoffs, but it’ll be interesting to see how first-year head coach Kliff Kingsbury and No. 1 overall pick Kyler Murray fare to start their NFL careers. The Seahawks already appeared to have one of the best front sevens in football, but they should really be an excellent group after adding Jadeveon Clowney—and Russell Wilson at quarterback, along with a rushing attack led by Chris Carson, means the offense is in good hands. San Francisco’s roster and quarterback situation gives them a chance to compete for a playoff spot in 2019. But I do not anticipate a Super Bowl hangover from the Rams.

The Patriots have won 15 of the last 16 AFC East titles, including ten consecutive dating back to 2009. They should win it again this season. However, the Bills might boast a tremendous defense, while second-year quarterback Josh Allen has sky-high potential in an offense that added a bunch of pieces in the offseason; I think they’ll grab a wild card spot. The Jets could also be in the wild card mix if Sam Darnold also progresses this season after also showing flashes as a rookie, but I think they might be a year away in Adam Gase’s first year in command. The Dolphins are fully expected to be near the bottom of the standings as they go through a big rebuild.

While things are much calmer in Pittsburgh entering this season, they are still a dynamic team that should be the AFC North favorite in my opinion. The Browns are getting most of the attention, and there’s no doubt they are talented; but the offensive line and the cast of emotional characters could lead to some volatility. And with all the talk about the Browns, and with people like me picking the Steelers, the Ravens are flying way under the radar as the defending division champions. Baltimore’s secondary might be the best in the league, and if the supposedly revolutionary offense works out with Lamar Jackson at quarterback, they’ll be squarely in the playoff mix. The Bengals might struggle because of issues on the offensive line, so I don’t see them making the playoffs.

This was by far the most difficult division to pick a winner, as an easy case could be made for all four teams (which probably can’t be said for any other division). There’s been some talk in the media about Ryan Tannehill potentially taking over as the starting quarterback for Marcus Mariota at some point, and I think that would be a mistake, so there’s a little asterisk that this prediction is assuming the Titans aren’t going to yank Mariota at the first sign of trouble. But Mike Vrabel’s defense should be among the league’s best after allowing the third fewest points last season, and you would think they’ll finally hand Derrick Henry the ball a bunch in a contract year. The Texans certainly have upside with Deshaun Watson and company, but I’m hesitant to be confident in a team with so many moving parts and offensive line issues. Indianapolis has a very good roster, and I think they’ll still at least hover around the 9-7 mark despite losing superstar quarterback Andrew Luck. The Jags figure to be much better defensively this year after looking bad at times in 2018, and former Super Bowl MVP Nick Foles leads an offense that includes a motivated Leonard Fournette. I’ll go with two teams from the division (Tennessee and Jacksonville) making the playoffs, with the Titans taking the division crown.

The Chargers beat the Chiefs with a spectacular comeback late last season and had a few gutsy efforts led by Philip Rivers (like the comeback victory over Pittsburgh), and they could be in the mix for first place in 2019. However, the offensive line could have a problem with left tackle Russell Okung out, and the team is missing a star on each side of the ball with Melvin Gordon’s holdout and Derwin James’ foot injury. The Chiefs and their uber-talented offense should win the AFC West again. However, both the Raiders and Broncos should be a lot better and more competitive this year. A better, stronger, and faster Oakland team would be a wild card choice if not for their extremely difficult schedule, while Denver’s ceiling probably isn’t as high as the other teams.

As stated earlier and in my Week 1 power rankings, only about three teams would surprise me if they make the playoffs this season, so these postseason predictions were difficult. The toughest teams to leave out of the playoffs were the Saints in the NFC and the Ravens in the AFC. Compared to last season, there is one new playoff team from the NFC (which is unlikely, but we’ll see) and four new playoff teams from the AFC.

The Cowboys might also be in the mix in the end, but I think my top three seeds in each conference have the best chances to make the Super Bowl, and the pick is a rematch of the amazing Super Bowl LI, with it going the other way this time. I think Tom Brady will again have success against Dan Quinn’s defense, but Matt Ryan finally captures an elusive Lombardi Trophy with an offense putting up points—despite facing a New England defense that should again be exceptional and will be a big reason the team gets to another Super Bowl—with guys like Julio Jones, Calvin Ridley, and Devonta Freeman.

My top three candidates for NFL Most Valuable Player entering the year are Patrick Mahomes, Matt Ryan, and Jared Goff. I’ll go with Ryan to win the award for the second time, as I have the Falcons being a top-two seed in the NFC, and I think he’ll put up massive numbers again this season. Matty Ice gets to play in 13 indoor games, and he will have a primetime Thanksgiving Night matchup (at home against the Saints) to make a strong case for the award just before the calendar turns to December.

The Giants are going to give Saquon Barkley the ball a ton as they look to prove the doubters wrong and make the postseason. Barkley is a rare generational talent that can handle a heavy workload, and I think both the player and the team understand he can still have a long and healthy career even if he racks up 350 touches per season. Eventually, Barkley will have a great chance for a 1,000-1,000 season, and it could come in 2019.

Aaron Donald is just built different, and even a slight step back statistically would likely keep him firmly atop Defensive Player of the Year voting. However, the sixth-year All-Pro defensive lineman appears to be getting better by the year thanks to a crazy work ethic, and he’s just 28 years old. It won’t be surprising if Donald breaks Michael Strahan’s single-season sack record.

First-round rookie running back Josh Jacobs didn’t handle a huge workload during his college career at Alabama, but it sounds like he’s going to get all he can handle in Jon Gruden’s offense this season. Cardinals quarterback Kyler Murray is the other obvious option, but Jacobs figures to be on a better team and should easily surpass 1,000 yards rushing if he’s a foundation piece of the Raiders offense.

Jaguars rookie Josh Allen had no business dropping to No. 7 in this year’s draft, and it looks like he’ll be a major difference-maker for a Jacksonville team looking to get back to their 2018 form. Given Allen’s talent and all the players to worry about on the Jaguars defense, I won’t be surprised if he nears 15.0 sacks as a rookie.

I’m projecting the Eagles to make the playoffs, and Carson Wentz will be a good bet to win Comeback Player of the Year if that happens. Philadelphia can’t rely on putting Nick Foles into the lineup if Wentz is injured again, so it’s difficult to see them making the postseason if the starter gets hurt. The Eagles put Wentz in a position to both play well and put up huge numbers in 2019, so he should be in the MVP mix as well as Comeback Player of the Year.

Again, Dan Quinn is calling the defensive plays (for the first time since Atlanta’s Super Bowl run) this season, so an NFC South title and a first-round bye could be enough to get him Coach of the Year honors. This award should probably go to Bill Belichick about every year, but this selection is projecting what will happen.