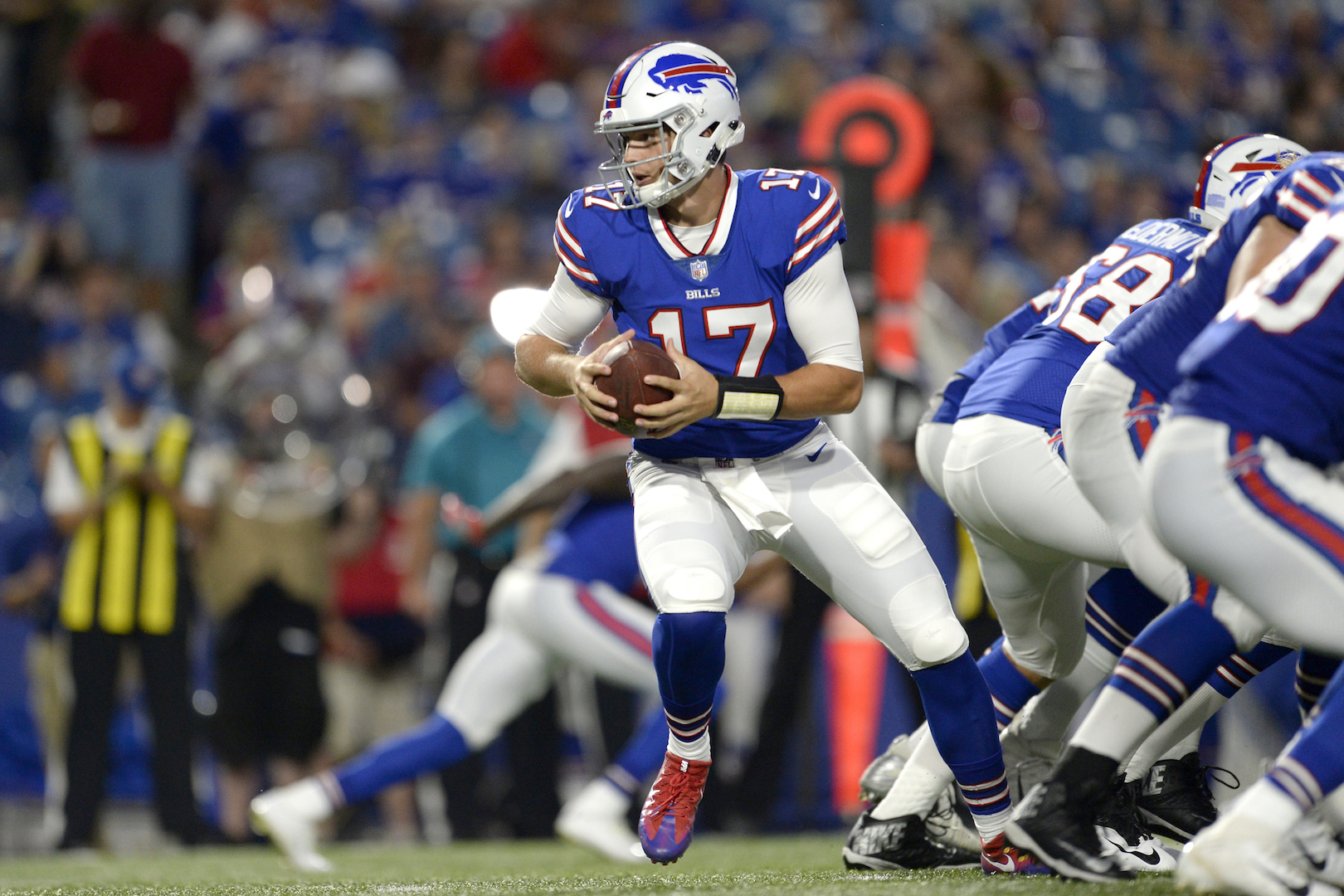 
A champion will be crowned this Sunday, but on the eve of Super Bowl LV, individual hardware will be handed out. As you know if you’ve been following along here on Wolf Sports, I think for myself and do not fall victim to groupthink. With that stated, here are my picks for Most Valuable Player and more from the 2020 NFL season. [In case you are unaware, please note that these awards do not take the postseason into account and are awarded based on the regular season only.]

Most Valuable Player came down to three players for me—Aaron Rodgers (the likely winner), Josh Allen, and Derrick Henry—but the choice was actually pretty clear in my opinion. Nothing against Rodgers, but Allen was absolutely sensational in 2020 while operating the Bills offense at a near master level and doing it against tougher competition. Allen and his offense were so good that Buffalo almost felt like they were playing flag football at times, and there was no tougher player to defend throughout the season. Allen did not have much of a run game to work with, while Rodgers had an easier schedule on paper and did not play well at all in his toughest challenge of the regular season against the Buccaneers.

This could also go to Josh Allen or Aaron Rodgers, but Derrick Henry (who will likely not get many MVP votes) deserves recognition for becoming the eighth 2,000-yard rusher in NFL history and leading the Titans to the postseason. Henry is probably the most valuable non-quarterback in the league, and he’s also one of the most unstoppable players in NFL history—particularly late in the year.

His squad missing the playoffs nearly gave the edge to the Steelers’ T.J. Watt in a very narrow race for Defensive Player of the Year, but Dolphins cornerback Xavien Howard is the pick after recording ten interceptions (the first player to do so since 2007) on a ten-win team. Howard was a massive part of Miami’s defense looking more like an elite unit with the entire team taking another step forward this season.

It’s difficult for Justin Jefferson to finish second after breaking the NFL record for receiving yards by a rookie, but Chargers quarterback Justin Herbert was far too impressive not to win Offensive Rookie of the Year. Herbert did not look like a rookie, stepping in and playing at a very high level from the moment he was thrust into action just before gametime following Tyrod Taylor unfortunately being forced out of the lineup due to a medical mishap. Herbert obliterated the rookie record for touchdown passes by slinging 31 scores while completing 66.6% of his passes and throwing for a rookie record 289.1 yards per game.

The sack numbers (7.5) were not eye-popping, but most would agree No. 2 overall pick Chase Young lived up to the hype early in his career. Young forced four fumbles and recovered three this year, and his leadership on the Washington Football Team earned him an eventual captainship midseason as awarded by head coach Ron Rivera. Three safeties—Young’s teammates Kamren Curl, Bucs second-rounder Antoine Winfield Jr., and promising Panthers rookie Jeremy Chinn—get an honorable mention here.

This might have been the easiest award to predict in the preseason in the history of football—but make no mistake, Alex Smith worked extremely hard and showed extraordinary grit and determination to 100% earn Comeback Player of the Year, and he should be a unanimous selection to take home the honor. Washington was struggling until Smith got into the lineup, and they then went 5-1 and eventually won the NFC East with him as the starter. The story of Smith, who nearly died after suffering his devastating leg injury in 2018, will live on forever.

Kevin Stefanski getting the Browns to the postseason for the first time since 2002 could easily get him the vote, but it’s arguably just as impressive that Bills head coach Sean McDermott helped build the Bills into an absolute juggernaut this season. McDermott allowed the offense to be opened up with an extremely impressive passing attack (as opposed to running the ball more and trying to win with the defense, as many defensive-minded coaches would prefer), and the Buffalo defense has improved as the season progressed.