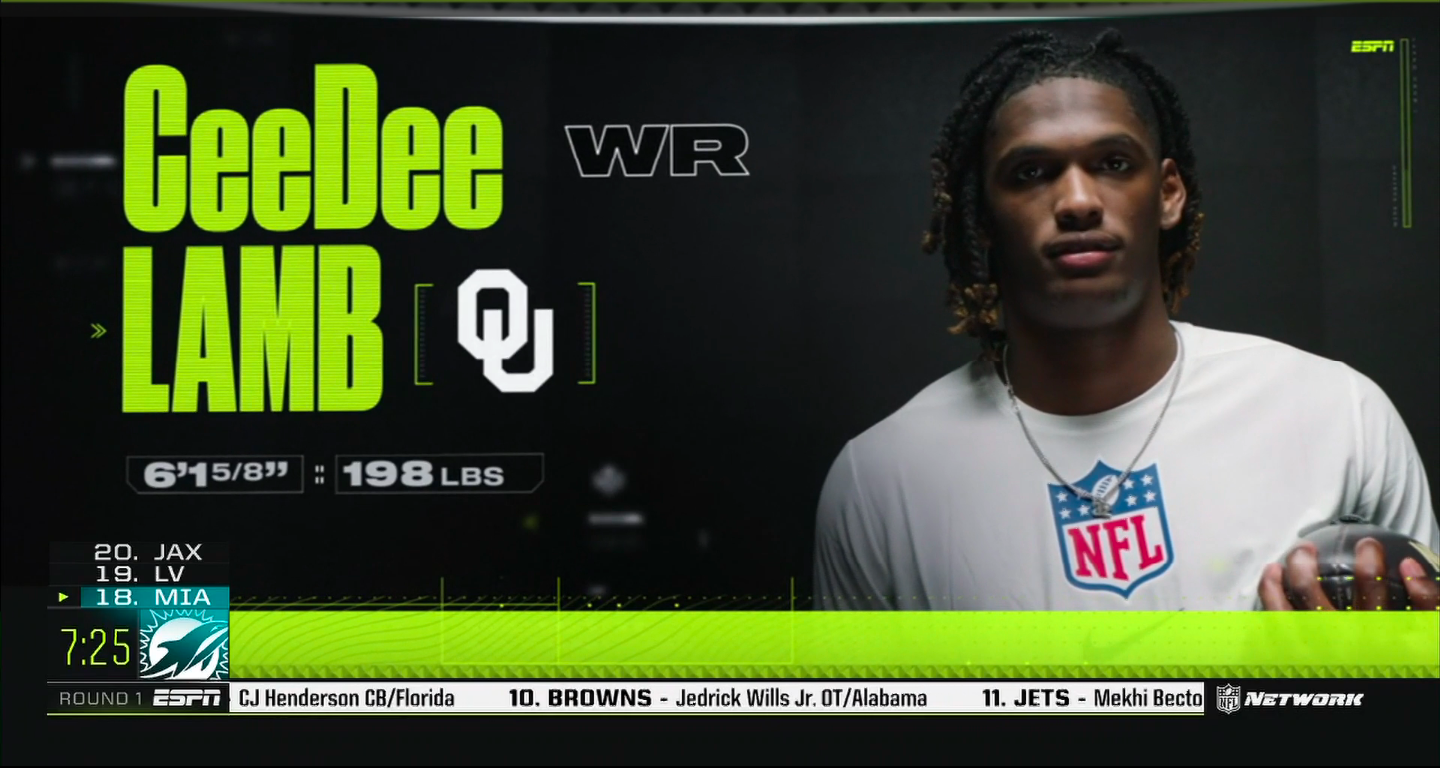 2020 NFL Draft: Biggest Surprises From Round 1


As usual, the first round of the NFL Draft was unpredictable last night. These are 2020’s five biggest surprises from the first 32 picks.

After two first rounds as a general manager, it’s perfectly clear that Mike Mayock formulates his own opinions and does not care what other people might think. After Mayock and the Raiders pulled a stunner by drafting defensive end Clelin Ferrell at No. 4 overall last year, the team had the biggest surprise of Round 1 in 2020, too. Damon Arnette was the No. 4 corner off the board despite some slight concerns about character, and most expected the Ohio State corner that played opposite Jeff Okudah to find his home on Day 2 of the draft. Yet, Las Vegas did not hesitate, picking the former Buckeye with the No. 19 selection.

The Packers made an aggressive move up the draft board a few spots to get the No. 26 pick, but who were they going to take? At the time, the thought was that Green Bay might be targeting a receiver to complement Davante Adams and give Aaron Rodgers another weapon—but instead, they went with another quarterback in Utah State’s Jordan Love. This is a similar situation to 15 years ago when Rodgers himself was drafted with Brett Favre nearing the end of his run, but this one is a little more interesting, as Rodgers was thought of as a potential No. 1 overall pick that happened to drop into the 20s on draft night. As just about everyone has stated, Rodgers cannot be too happy about last night’s pick by Green Bay.

Saints fans might have been hoping for LSU linebacker Patrick Queen to remain in the bayou and be the selection in the first round, but the Saints instead made one of the surprise picks of Round 1, going with Michigan interior offensive lineman Cesar Ruiz. New Orleans wanted to beef up the protection up the middle for their future Hall of Fame quarterback, and unlike the aforementioned Rodgers, Drew Brees was probably thrilled with the selection of Ruiz, even if many believed it to be a reach or a shocker.

There was talk of the 49ers looking to move back from both of their first-round selections, but they got some flexibility after they moved back from No. 13. Toward the end of the first round, San Francisco made a move up from No. 31 to select Arizona State wide receiver Brandon Aiyuk (the second consecutive Sun Devil wideout to go in the first round after N’Keal Harry went No. 32 to the Patriots last year). Aiyuk is an all-around receiver with tremendous YAC ability, and perhaps even more surprising than the actual selection was that Kyle Shanahan said he was his favorite receiver in the draft. The Niners are expecting big things from the rookie.

Compared to the other four, this one is not a surprise in that it was a player that was not expected to go to a team as high as they did, but it was unpredictable that CeeDee Lamb would still be there at pick No. 17 for Dallas. The Cowboys now have an intimidating receiving corps with Amari Cooper, Michael Gallup, and Lamb, so Mike McCarthy’s offense might be tough to stop in 2020 and into the future. Adding another layer to Lamb selection by the Cowboys is that the division rival Eagles were likely in the mix for the top receiver on many draft boards—and the Philadelphia fans certainly wanted him.