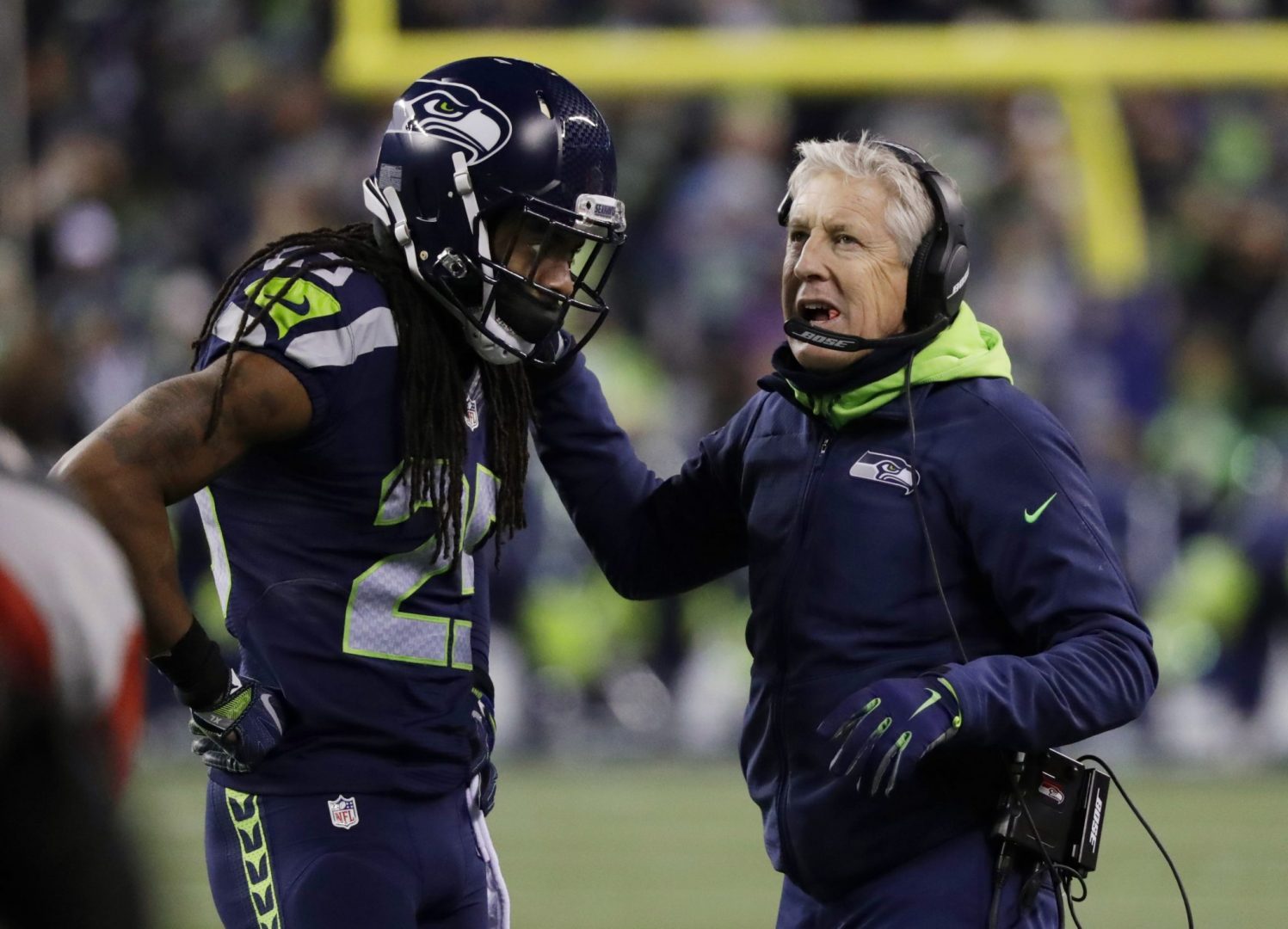 2020 NFL Schedule: Top Divisional Matchups To Watch (Before The Draft)


After ranking 15 of the best non-divisional NFL games to look forward to in 2020 yesterday, today I’m picking the top divisional rivalries to watch this year. Again, keep in mind that the schedule (so the knowledge of when teams will actually play) and the draft are yet to come, so things could change before September.

The Rams are coming off a down year following their Super Bowl appearance from a couple of seasons ago, so the two matchups versus the 49ers will have Los Angeles looking to show that they are back as one of the league’s top teams. The late-December Thursday night game between the two NFC West foes was highly competitive last season, and this fall’s upcoming battles will now feature the past two NFC champions.

While the Texans have dominated the AFC South over the past handful of years, the Colts have more than held their own in the rivalry. With Philip Rivers now under center for Indianapolis, it’ll be fun to see how the veteran quarterback acts and performs in his new division after some heated games in his old AFC West division over the years. The Titans should probably be the division favorites after going to the AFC title game last season, but Colts-Texans will be the most entertaining games of the group in my opinion.

Jon Gruden and Mike Mayock know they have a headache of a quarterback to deal with for the next decade-plus in Patrick Mahomes, and they are building their team with the thought of somehow stopping Mahomes in mind. The Raiders are quietly constructing a very strong defense, and they have the ability to add more gamechangers on that side of the ball in this month’s draft. Furthermore, Las Vegas might get more explosive at the quarterback position if free-agent addition Marcus Mariota, who has had success against Kansas City in the past, wins the starting job.

With a healthy Ben Roethlisberger at quarterback, the Steelers should be a threat to the Ravens in the AFC North. The rivalry is one of the best in football, and Pittsburgh did about as good of a job as anyone of limiting NFL MVP Lamar Jackson last season—these games could have a ton of offensive fireworks just as easily as they are low-scoring thrillers. I hope they play one of these Ravens-Steelers showdowns the Thursday night before Halloween or the Sunday night after it.

A Redskins team likely to add Chase Young to a talented defense and a Giants team on the rise with young quarterback Daniels Jones could certainly be in the mix in perhaps the most unpredictable division in football, but the Eagles and Cowboys are the NFC East’s top two teams entering 2020. Philly-Dallas is simply a great rivalry, and the division could come down to their matchups.

The second Niners-Seahawks game last season did decide the NFC West, and it literally came down to inches with the 49ers holding on and eventually representing the NFC in the Super Bowl. Richard Sherman facing his former team means the possibility for something crazy to happen is always there, and the teams are led by two of the best coaches and quarterbacks in the league.

The Bills lost by one touchdown in each of their two losses to the Patriots last season, and the AFC East now looks like more of a toss-up than it has been in two decades. If you are a fan of defensive football, be sure to tune in to the defenses of Bill Belichick and Sean McDermott this season. Also, Josh Allen’s continued progression will be something to watch, as he was much better in the second 2019 matchup after he tried to do too much earlier in the season and learned to be selectively aggressive, which elevated Buffalo down the stretch.

The final three divisional matchups I am most looking forward to in 2020 all come from the NFC South, starting with the Buccaneers versus the Falcons. The series will now feature two former league MVP quarterbacks that previously faced each other in a Super Bowl; furthermore, Tampa Bay and Atlanta arguably have the two best receiving corps in football. Plenty of points could be scored, but there are difference-makers on defense for both squads, too.

The Saints and the Falcons have played on Thanksgiving Night in each of the past two seasons, and I would be happy if we see them square off again on the holiday this year. New Orleans won both matchups, but Atlanta was able to provide entertainment by putting up a fight in the end in both cases. If they can stay healthy, I expect the Falcons will be closer to where they were in the second half of 2019 (6-2 record, including a win in the Superdome) than their start to the season.

Buccaneers-Saints will now have arguably two top-five quarterbacks in history in Tom Brady and Drew Brees; and, statistically, the two most prolific passers in history (No. 1 and No. 2 in career passing touchdowns). That alone makes the games amazing on paper, and when you also consider that both teams are expected to be serious Super Bowl contenders, it will be hard to top Tampa Bay versus New Orleans in 2020.