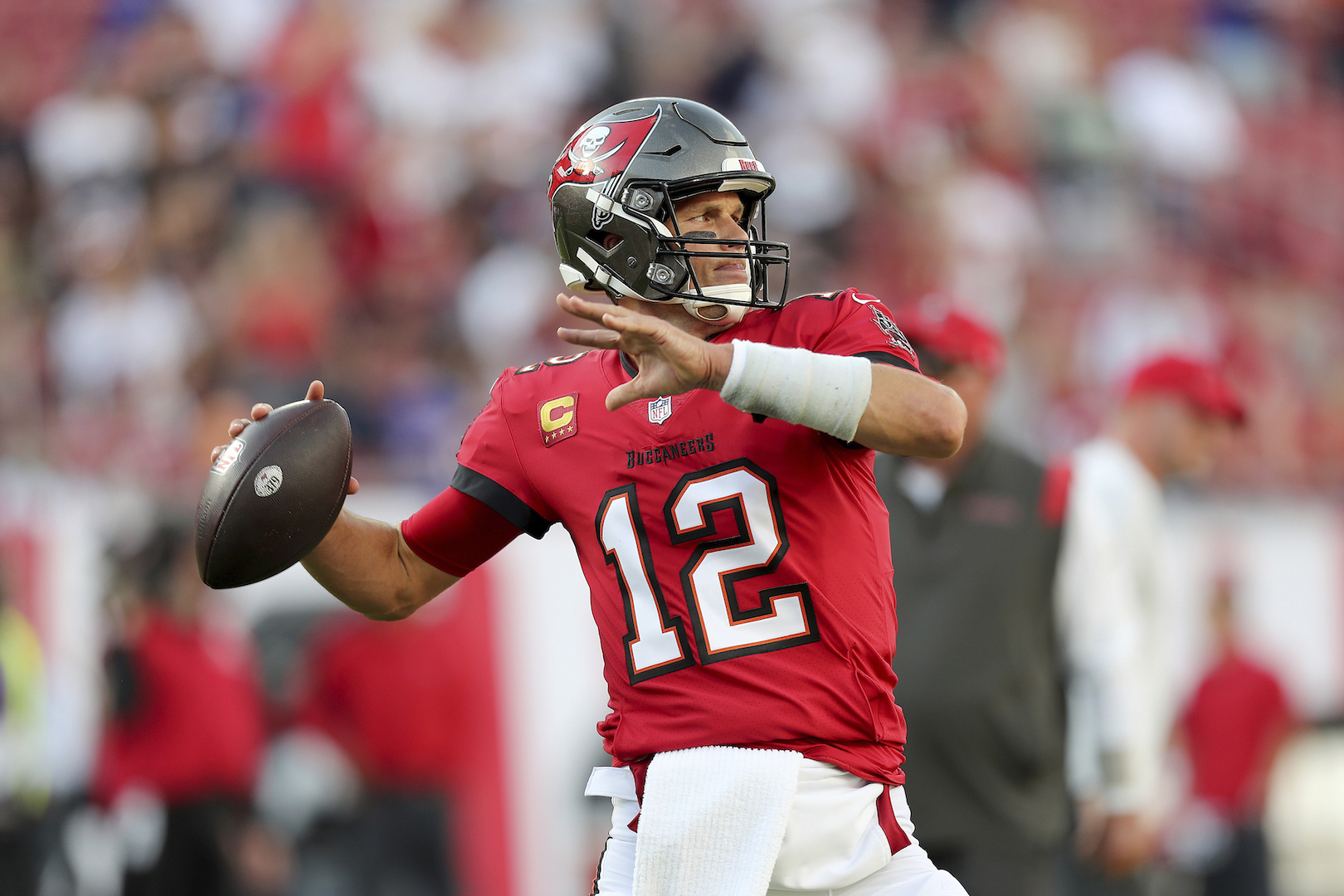 
We typically put out our season award picks ahead of the NFL Honors ceremony the weekend of the Super Bowl, but I’m instead releasing them out early this year so that your reading of the writeups for each player isn’t tainted by the postseason results. While there are multiple deserving candidates for each award, my choices this year were actually pretty easy for all but one. Let’s get right to it.

Packers quarterback Aaron Rodgers is the favorite to repeat as NFL MVP, but it appears set to be a very close race based on what we’ve been hearing and the fact that groupthink might unfortunately take over and run with a narrative, as is sometimes typical within media. Rodgers is an amazing player and had another fantastic season, but I think the choice should clearly be Tom Brady. Whether people are so tired and used to his success—or if some are jealous of him—Brady sometimes doesn’t get the recognition he should, as absurd as that sounds for a seven-time Super Bowl champion. At 44 years old, Brady led the NFL in four of the major passing categories (attempts, completions, passing yards, and passing touchdowns), joining Peyton Manning and Drew Brees as the third player to do so.

Of course, Brady throwing more will naturally lead to better numbers in terms of volume, but the Buccaneers quarterback was lights out this season, with 5,316 passing yards and 43 passing touchdowns—and several of his 12 interceptions weren’t on him, including one that was clearly a fumble that was ruled incorrectly. Those that don’t actually watch the games might be unaware of that. It also should be stated that among the top-ten seasons in league history in terms of pass attempts, Brady has the fewest interceptions (the next closest is 15).

Buccaneers head coach Bruce Arians says it would be a “travesty” if Brady doesn’t win MVP this season, and I agree to some extent. He’s the pick for me, just ahead of Josh Allen and Rodgers. A lot of it has to do with how the offenses are constructed, but to note, Brady accounted for 78.2% of his team’s offensive yards this season; Allen was at 79.6%; and Rodgers was at 73.9% when taking out the game he missed and the second half he did not play in Week 18. Also, Brady led the league in total touchdowns (45) by a relatively large margin (Allen was second with 42). The more I think about it, the more I agree with Arians that the race shouldn’t be that close—even though Brady might not even win it. He should in my eyes.

Brady and Colts running back Jonathan Taylor were tremendous this season and I would have no problem with either of them getting the nod here, but my selection for Offensive Player of the Year is Rams wide receiver Cooper Kupp. Those that play fantasy football know how dominant the 28-year-old receiver was this season, racking up 145 receptions for 1,947 yards and 16 touchdowns, blowing away all career-highs by a large margin and threatening the single-season records for receptions and receiving yards (granted, with an extra game to do so). I have talked up Sony Michel’s impact on the Rams offense, but I’m not sure where Los Angeles—and Matthew Stafford in particular—would be without Kupp this season.

This was the award I mentioned in the intro as having a difficult time with compared to the others. Cowboys defenders Micah Parsons and Trevon Diggs (yes, I know he gave up a lot of yardage as the primary defender, but his 11 interceptions and two defensive touchdowns made a tremendous impact on the Dallas defense) come in as close second and third for me. But Steelers pass rusher T.J. Watt tied Michael Strahan’s single-season sack record (despite missing two full games due to injury, so the 17-game argument isn’t a good one here) with 22.5 sacks. Watt’s whopping five sacks over the final two games were huge in helping the Steelers get to the postseason, and the former first-round pick does a lot more than get after the quarterback—he deflects passes and impacts quarterbacks’ throwing lanes, is great against the run, and forces turnovers (five forced fumbles, three fumble recoveries). Watt is the Defensive Player of the Year after a record-tying season.

Mac Jones was the favorite for much of 2021 and would’ve been the choice most years with the way he played while helping the Patriots bounce back and get to the postseason. Najee Harris of the Steelers enjoyed a superb rookie campaign and deserves recognition here, too. However, Bengals rookie Ja’Marr Chase already played like one of the best receivers in the league this year, catching 81 passes for 1,455 yards and 13 touchdowns. Chase had a bit of a midseason lull in Cincinnati, but overall, the connection with his college quarterback Joe Burrow worked like magic. The issue the LSU product had with drops this summer are something to look back and laugh about at this point after he lit it up and averaged 18.0 yards per reception while helping the Bengals win the AFC North. Chase had two 200-yard games as a rookie, with the major highlight being a 11/266/3 line in a win over the Chiefs.

Not much needs to be stated here. If you are reading this and follow the NFL, chances are you know about the impact Micah Parsons made as a rookie in the Cowboys defense. Parsons had 84 tackles and 13.0 sacks, but the eye-popping numbers don’t even tell the entire story, as the former Penn State linebacker flew around the field and blew up opposing offenses with impactful plays all season. Parsons was top-five in quarterback pressures, and he was also at times a game-wrecking force against the run. The first-round pick was utilized perfectly by the Cowboys, and he quickly became one of the NFL’s best and most versatile weapons (like a Queen in chess, which is a game Parsons enjoys) on defense.

Bengals quarterback Joe Burrow obviously has a case here, as does 49ers pass rusher Nick Bosa, but I’ll go with Dak Prescott for the NFL’s 2021 Comeback Player of the Year. Returning from a terrible broken ankle suffered last season, Prescott returned in time for Week 1 and started hot in a near upset in the season opener at Tampa Bay. Dak continued that stellar play throughout the season, throwing for 4,449 yards, 37 touchdowns, and ten interceptions while breaking a franchise record for touchdown passes in a season (in 16 games, as he missed one game and did not benefit from the 17-game season in that regard). Prescott helped lead his team to an 11-5 record in his starts and a divisional title.

Matt LaFleur, Kliff Kingsbury (the late-season stretch hurt him), and Bill Belichick are among the coaches that could be in the mix, but I like Mike Vrabel as the Coach of the Year for the job he did with the Titans, who lost 2,000-yard rusher Derrick Henry in middle of the season yet still went on to grab the No. 1 seed in the AFC. Also, star receivers A.J. Brown (a few games) and Julio Jones (dealt with the hamstring injury basically all season) both missed time due to injury along with Henry. It appears Vrabel has a strong rapport and mutual respect with his players, and the Titans play extremely hard every week. Tennessee is among the best in the league in the trenches—on both sides of the ball—and I think Vrabel has a lot to do with that and their team success.