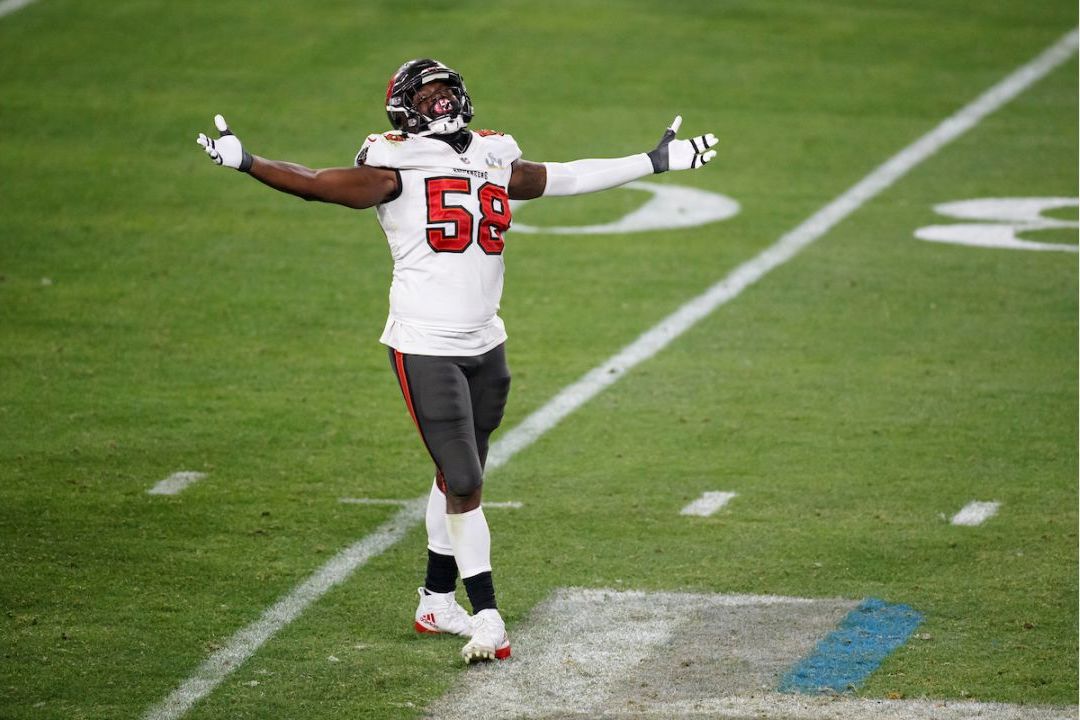 
The NFL’s new league year officially begins one week from today, and we have a clearer view of the 2021 free agent picture after the franchise tag deadline passed yesterday. What are the best fits for some of the top free agents on the market this year? Full 2021 NFL free agent rankings will be out ahead of the legal tampering period beginning on Monday, March 15.

The Rams seem to find a way to make things happen if they want to despite cap difficulties, but they will have a tough time of keeping Leonard Floyd during free agency. Floyd recorded a career-high 10.5 sacks in his first season with the Rams in 2020, and he might be seen as the top free agent on the board next week. The athletic outside linebacker can get after the passer, set the edge against the run, and drop back in coverage with ease. Floyd might be interested in joining former Rams defensive coordinator Brandon Staley with the Chargers. He’ll get to remain in Los Angeles and will get the advantage of working with Joey Bosa drawing double teams.

Trent Williams joining the Colts and playing alongside Quenton Nelson would be a ton of fun to watch, but the Niners are probably the best fit for the All-Pro left tackle. After sitting out all of 2019 because of his issues with the Washington franchise, Williams would be entering his second year in Kyle Shanahan’s offense on a squad looking to bounce back and get into the title mix. It’s a good fit for both sides, and don’t be surprised if a deal is struck before the new league year begins next week.

It was somewhat of a surprise that the Lions opted against placing the franchise tag on Kenny Golladay, but it’s great news for the 27-year-old receiver, especially after Chris Godwin and Allen Robinson were tagged. Plenty of teams are likely to be interested in Golladay, who might get higher offers than he might from Indy. However, landing with the Colts would help with Carson Wentz’s accuracy troubles given his catch radius, so the fit from a team perspective is solid—and Golladay would play on a team coming off a playoff berth. Michael Pittman Jr. already provides a lengthy presence on the outside, but Golladay can move around the formation and could be an impactful deep threat presence off play-action passes set up by a rushing attack led by Jonathan Taylor.

I feel like the Dolphins need more “juice” on offense, and Nelson Agholor would provide that. Adding Agholor along with a potential weapon at No. 3 in the draft (DeVonta Smith, Kyle Pitts, Ja’Marr Chase, or Jaylen Waddle) to a group that already includes DeVante Parker and Mike Gesicki would instantly give Tua Tagovailoa an embarrassment of riches at the skill positions. Agholor did serious damage to Brian Flores and the Patriots defense while with the Eagles in Super Bowl LII, so that might have stuck with Flores.

The Giants have needed help at wide receiver and edge rusher for years, and I definitely expect they’ll come away with a top free agent receiver or a stud rookie early in the draft. Free agency may be the best path for immediate pass rush help, and Haason Reddick—coming off a career-high 12.5 sacks—is a strong fit in New York’s defense. Reddick is from New Jersey and went to college at Temple, so he might be open to moving up the coast a bit to the Giants.

The defending Super Bowl champions are working hard to keep the band together for another run in 2021, and Shaquil Barrett is probably the biggest remaining piece to bring back after Chris Godwin was franchise tagged and Lavonte David was extended. Other teams will probably be able to offer more than the Bucs, but Barrett might opt to remain in Tampa Bay if the money difference isn’t too wide—it’d probably be hard to leave a team you recorded 27.5 sacks for over the past two years. (And Florida has no state income tax.)

The Bills know they need to get more pressure on Patrick Mahomes and other top quarterbacks if they are going to continue progressing into a championship club, so expect them to inquire on all of the top free agent edge rushers. Dupree might not be a perfect scheme fit in Sean McDermott’s defense, but he’ll play stout against the run and will get after the passer—and the toughness he’ll bring is certainly a fit.

If I was the Raiders I would do everything I can to keep Nelson Agholor. But if Agholor signs elsewhere (I believe he will have plenty of suitors), JuJu Smith-Schuster could be a great option in Las Vegas. The Raiders are reportedly interested in the versatile receiver, and he could do damage to the middle of a defense with Henry Ruggs III taking the top off with his elite speed. Also, like Agholor, JuJu can probably be used more downfield than he was with his previous team, so jumping from the Steelers to the Raiders could lead to an increase in production and more big plays like we saw from him earlier in his career.

The Jets, Dolphins, and Falcons are among the teams likely to be in the running back mix this offseason, but I think Jones’ best fit is clearly to remain with the Packers. Green Bay should again have one of the best offensive lines in the league next season, and Jones has averaged a sensational 5.5 yards per carry in three of his first four NFL seasons (scoring 43 total touchdowns in that span). We’ll see if the Packers want to spend big money to bring him back, but Jones’ best spot is in Matt LaFleur’s offense.

The PED suspension during a season in which Will Fuller finally stayed healthy may cause some teams to exercise caution, but the former first-round pick out of Notre Dame could provide an exciting boost to an offense. I don’t think the Cardinals are in bad shape at receiver, but they can’t wait on Larry Fitzgerald’s status, and it won’t hurt to have tremendous depth at the position. A starting trio of DeAndre Hopkins, Christian Kirk, and Fuller is a potential headache for defenses, and Arizona continuing to take from the Houston pipeline wouldn’t be surprising. Having Kyler Murray on a rookie contract gives the Cardinals flexibility to make more moves like this.