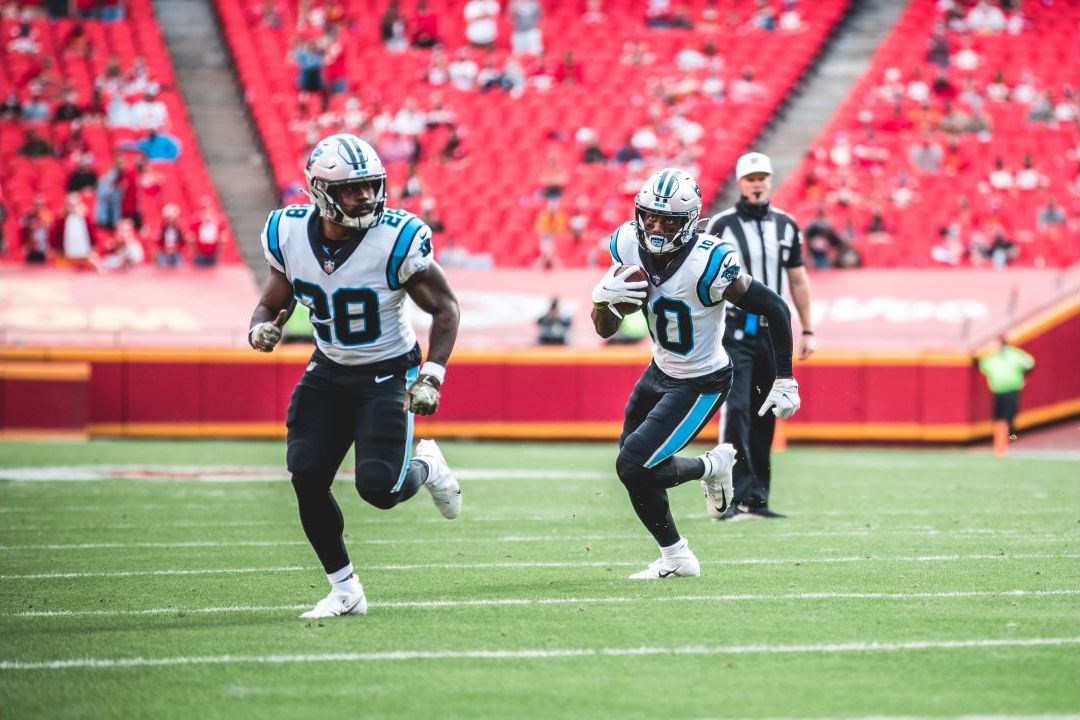 
Aside from the Patriots going ballistic in adding pieces that some felt they would go hard after (particularly Jonnu Smith and Nelson Agholor), this has been a pretty unpredictable stretch of free agency. There are plenty of players available, and these are my predictions for the landing spots for ten of the top remaining free agents ahead of the official start of the new league year today at 4:00 PM ET.

Perhaps Golladay is just being patient because he feels he’s the clear top receiver on the board and is getting a bunch of offers he can take his time going through, but I think the slow wide receiver market may also extend to him. Ultimately, Golladay, coming off a season in which he did not play much due to a mysterious injury issue, might settle for a one-year deal that allows him to hit free agency again next offseason. But the Ravens may be the team willing to offer him a long-term deal now if he prefers that route. Golladay’s catch radius would allow Lamar Jackson to expand his game as a passer.

This one might be a surprise, but the Lions are not going to wait around to be competitive; the new regime is going to do what they can to win games, and they might feel the 24-year-old receiver is someone to build around now and into the future. Jared Goff would probably have success targeting JuJu over the middle like he did Robert Woods and Cooper Kupp with the Rams, and Detroit currently has some holes at receiver, with Kenny Golladay, Marvin Jones, and potentially Danny Amendola all departing during free agency.

Many Giants fans have been disappointed early in free agency, but former Bengals receiver John Ross is an underrated addition that brings a true deep threat to the offense, and the team was able to sign defensive lineman Leonard Williams to a long-term extension. Look for New York to continue adding to the defense, and they can target the top defensive player on the board in Reddick, who should be a good fit on the edge.

Peterson’s preference is reportedly down to three teams, including the Cardinals. However, Arizona not re-signing their longtime cornerback yet could be a sign they are headed for a split. Going to Kansas City would allow Peterson to reunite with former teammate Tyrann Mathieu—who I would think is recruiting the former All-Pro corner—in the secondary while landing on a team that will again be in the mix for a championship in 2021.

With the Patriots and Jets among the teams adding at wide receiver already, the options are narrowing for Fuller. Still, the Colts are a team that has not been active to this point, and Fuller can potentially become the team’s top target after having his best season in 2020. Fuller’s game is a good potential match opposite second-year receiver Michael Pittman Jr.

We’ve learned in the past that Clowney is not in any rush to sign with teams, and don’t be surprised if he waits until very late into the summer to find a new squad. The former No. 1 overall pick could be a fit in New England, and adding him to a rotation that also now includes Matthew Judon (and will also get back its opt-outs from last year) would give Bill Belichick much more to work with than he had in 2020. The Patriots have already been extremely aggressive this offseason, but the thought is that they are not done yet.

Bills safety Jordan Poyer was on The Pat McAfee Show and said he’s trying to recruit Rhodes to the Bills, and Buffalo is clearly open to adding at cornerback after surprisingly not tendering Levi Wallace. Rhodes played well for the Colts last season, and if he’s even close to his All-Pro form, the duo he’d form with Tre’Davious White would be scary.

Some familiarity with the new Eagles coaching staff could be a benefit for Hooker, who will likely be on more of a prove-it deal while coming off injury. Philadelphia has been known for its great safety play over the years, so that might also be appealing from Hooker’s perspective if the Eagles show interest in signing him.

Washington is a team to keep an eye on for Samuel, but the Chiefs might be interested if Sammy Watkins signs elsewhere. Samuel had a strong showing against Kansas City last season, and Andy Reid would probably have fun using him on everything from jet sweeps to deep bombs from Patrick Mahomes. The age (24) should make teams eager to give Samuel a long-term deal at a potential discount during this lower-cap year. Contract restructures are allowing the Chiefs to have shot for moves like this.

As tough as it’s been on some receivers early in free agents, it’s been an even tougher go for running backs. Carson has reportedly drawn interest from the Patriots, but the Jets are also going to be in the running back mix this offseason. Carson can be a workhorse runner, and new Jets head coach Robert Saleh has seen his physical running style up close while he was the defensive coordinator for the 49ers.