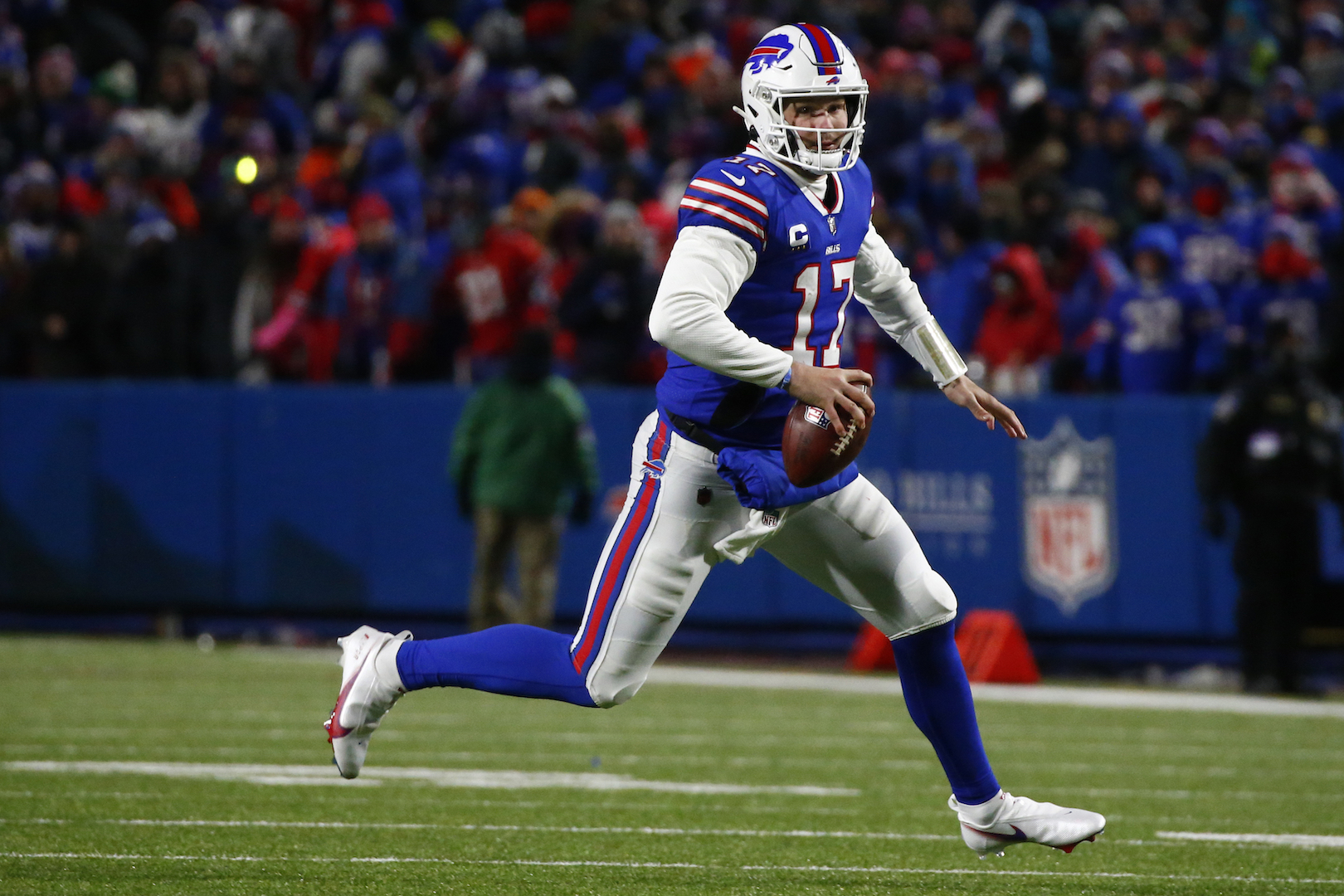 Cincinnati was able to contain Tennessee’s offense in last season’s matchup by leading the game throughout, but Derrick Henry ran well (18 carries for 112 yards and a touchdown), the Titans converted over 50% of their third downs, and Ryan Tannehill was only sacked once with one turnover despite a 31-20 loss to a 2-5-1 Bengals team. Now, Mike Vrabel’s squad will need to figure out how they can start fast at home, and having Henry return from foot surgery would be a significant boost—not to mention A.J. Brown and Julio Jones having a week off to prepare for the playoffs, which could give us a chance to see the offense at close to full strength. That said, Joe Burrow and his guys are very confident, and it’s really a pick-your-poison for opponents with Joe Mixon, Ja’Marr Chase, Tee Higgins, Tyler Boyd, and C.J. Uzomah all capable of doing serious damage. Because of that, the Titans need to win up front to make Burrow uncomfortable, and defensive lineman Jeffery Simmons versus left guard Quinton Spain should be one of the best matchups of the Divisional Round. If Henry is active and Tannehill avoids forcing the ball into the coverage of linebackers Logan Wilson and Germaine Pratt over the middle, Tennessee can get back to the AFC Championship Game for the second time in three seasons.

As pointed out by many this week, San Francisco is maybe a not-so-good matchup for Green Bay, and although the Packers beat them back in September, Aaron Rodgers is 0-3 against the 49ers in the playoffs. Also, the regular season game in Week 3 looked like it was won by Jimmy Garoppolo after he led a touchdown drive to go up 28-27 with 37 seconds to go, but questionable defense allowed Rodgers and Davante Adams to connect twice for chunk gains to set up a 51-yard game-winner by Mason Crosby as time expired—and the teams should look quite a bit different almost four months later. One of the biggest changes is Garoppolo being more entrenched at quarterback, and the recent usage of Deebo Samuel will have Kyle Shanahan’s offense better equipped to win at freezing Lambeau Field with single-digit temperatures in the forecast. For the Packers, Jaire Alexander (shoulder) will hopefully return, and Rasul Douglas—who wasn’t on the team in Week 3—can make Jimmy G pay for a questionable decision or inaccurate throw. Plus, I think we’ll see more of AJ Dillon than the first matchup (six carries for 18 yards) to help match San Francisco’s ball-control offense. Improving health all over the roster, homefield advantage, and a likely back-to-back MVP quarterback gives the edge to Green Bay.

Both playoff games in the NFC are rematches from Week 3, and it was Los Angeles coming out on top with the Buccaneers being unable to stop Matthew Stafford (343 yards and four touchdowns) in the regular season. It’s important to note, though, that Carlton Davis had perhaps his worst showing of the season, Jamel Dean left the game in the first quarter, and Sean Murphy-Bunting—who could be out again with a hamstring injury—didn’t play in the loss. Furthermore, Stafford wasn’t asked to do much to win his first playoff game on Monday night (17 attempts), so there is no telling how the pressure of facing Tom Brady might impact him and the offense if the Bucs are able to tighten up their run defense against Cam Akers and Sony Michel; the previous loss might even play to their advantage by coming out determined as the defending champions. Aside from injuries on the offensive line, the concern here for Tampa Bay is the complementary pass-catchers on offense not stepping up behind Mike Evans and Rob Gronkowski, so Leonard Fournette (hamstring) returning as “Playoff Lenny” would be a significant boost if he’s able to pick up where he left off last postseason. I don’t feel great about the pick due to the injury concerns for the Bucs, but overall, I can’t choose Stafford over Brady in the playoffs.

First of all, Buffalo and Kansas City don’t seem to like each other very much based on their previous matchups, so both sides need to be focused on keeping their composure to avoid penalties—and from losing confidence if the game doesn’t go their way early on. Homefield advantage should be a definite factor with the Chiefs always seeming to come out fired up defensively in front of the Arrowhead crowd (particularly when cold weather arrives), but the Bills have last season’s AFC Championship Game loss on their mind, and the disrespect from many in the media will only continue to fuel them. Plus, Josh Allen is white hot following an all-time great playoff performance, and Sean McDermott’s team knows they can beat the Chiefs after a dominant showing earlier this season (38-20 win on the road). The keys on Sunday will be staying balanced by featuring Devin Singletary once again, and the Buffalo pass rush will probably try to keep Patrick Mahomes in the pocket to prevent second-chance plays while daring Kansas City to run the ball. I also wouldn’t be afraid to throw different looks at Mahomes if it feels like he’s beginning to figure things out, but the secondary must remain disciplined no matter what the game plan is, and the 2019 NFL MVP will run himself if that’s what the defense dictates, which defenders need to be on alert for on third downs. Not having Tre’Davious White (knee) could be looked back on as a reason Buffalo loses if Tyreek Hill ends up taking over, but I think Allen and the Bills will be circling the wagons to close out the Divisional Round.