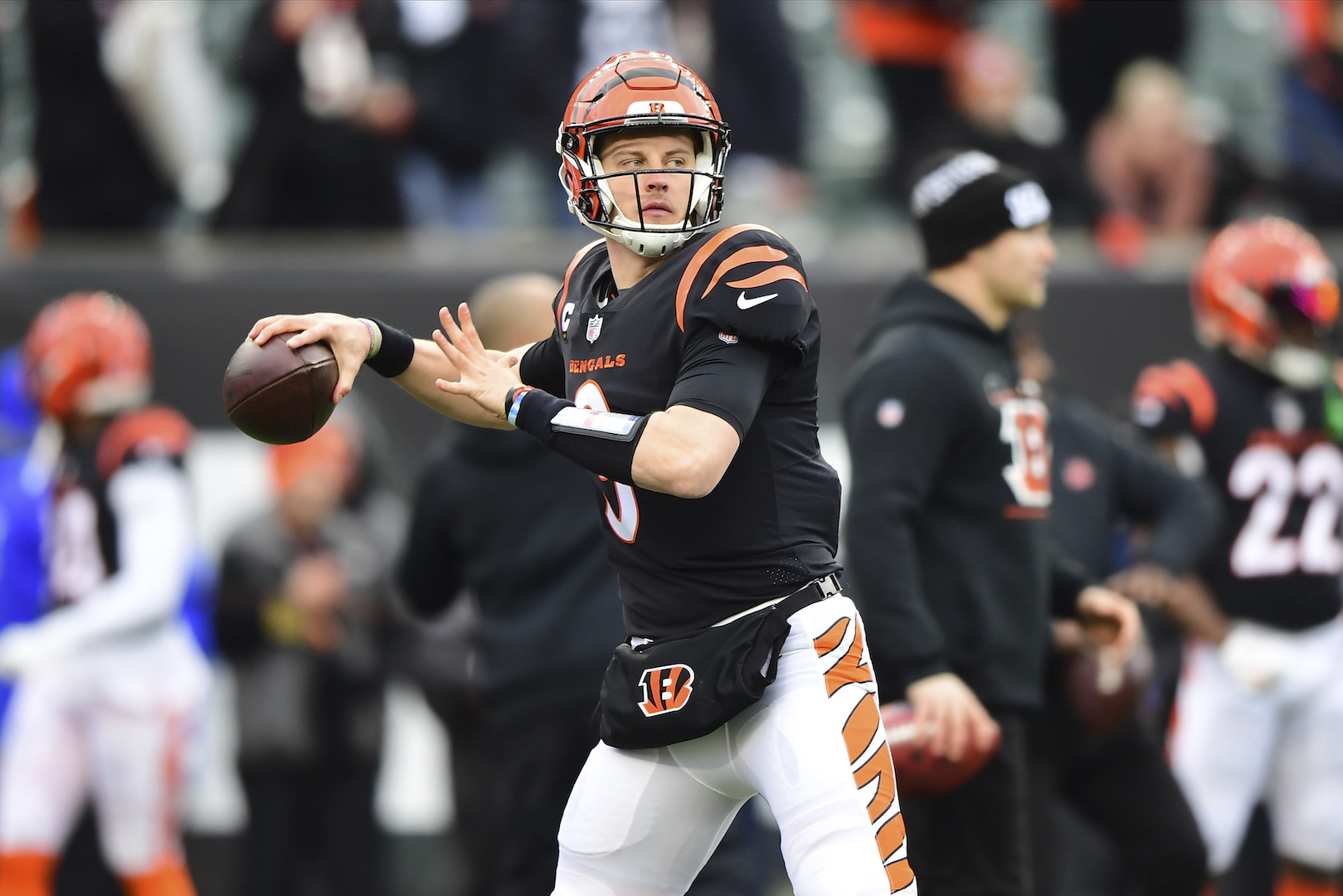 Rams-Bengals wasn’t a Super Bowl matchup that many predicted, but it should still be an exciting battle between a superstar-heavy team (Los Angeles) and a younger squad with supreme confidence (Cincinnati). The two weeks to put together a game plan might favor Sean McVay having been through the process before, though I wouldn’t be surprised if he—despite saying overpreparing was an issue in Super Bowl LIII—can’t help himself and falls into the same trap. However, the bigger concern I have for the Rams is Matthew Stafford coming out shaky in the Big Game; you know the Bengals will have a plan to slow down Cooper Kupp (whether the plan works is a different story), so Stafford might not be able to lock onto him.

For the Bengals, Joe Burrow has always performed on the biggest stage dating back to his historic, record-breaking season at LSU that ended in a national championship. As stated previously, confidence is one of the most underrated factors in sports, and Burrow certainly doesn’t lack in that department heading into Sunday. This postseason, the former Heisman winner has already overcome being sacked nine times to beat the Titans and followed it up by coming back from a 21-3 deficit to topple Kansas City in the AFC Championship (with both games coming on the road).

Now, even with LA playing at their home stadium, the crowd this weekend might slant towards Cincinnati because of ticket prices dropping by nearly 50% since Rams-Bengals was locked in as the matchup; and aside from the NFC representative having weak fan support in general because of the city they play in, many neutral fans could end up naturally pulling for the AFC underdogs. Basically, I don’t think Los Angeles will have the benefit of a strong home crowd like 30 other franchises would in the same situation.

On the field, the matchup of Cincinnati’s offensive line versus Aaron Donald, Von Miller, and Leonard Floyd will be key. If the three stars are able to wreak havoc all night, the Bengals could have a very difficult time winning without Stafford completely falling apart, and having been unable to stop Jeffery Simmons in the Wild Card Round (3.0 sacks) could be a worrisome sign against Donald in particular—but to be fair, the three-time NFL Defensive Player of the Year hasn’t exactly been a force in the biggest games throughout his career.

Ja’Marr Chase versus Jalen Ramsey is the top individual matchup of Super Bowl LVI, and it’s one that I believe could play into Cincinnati’s hands. In my opinion, the Rams would be best served by allowing Ramsey to match up with Tee Higgins while doubling Chase and hoping Tyler Boyd doesn’t go crazy to beat them. But with Ramsey wanting to shadow the rookie, I’d bet Burrow is more likely to target his former college teammate knowing he gets one-on-one coverage. Furthermore, Ramsey isn’t a pure lockdown corner on the level of someone like Darrelle Revis, so Chase might be able to get him on a deep ball or by taking a shorter pass to the house if the aggressive Ramsey misses a tackle. It will be very interesting to see how defensive coordinator Raheem Morris plays things with Ramsey not shadowing opponents much this season.

It will also be interesting to see how the Bengals play Cooper Kupp, but I highly doubt slot cornerback Mike Hilton will be asked to defend him in single coverage too often. In general, top corner Chidobe Awuzie is perhaps the most overlooked player for either team, and the growing confidence of Eli Apple gives Cincinnati a very good trio to match Kupp, Odell Beckham Jr., and Van Jefferson. If Tyler Higbee (knee) suits up for the Rams, Cincinnati also has athletic linebackers in Logan Wilson and Germaine Pratt to match him.

The passing attacks will draw the headlines, but we can’t forget about the running games for both sides. Although Los Angeles will have Darrell Henderson (knee) back, I’d be surprised if McVay went away from his preference to feature one runner (likely Cam Akers) with Sony Michel being the primary complement on passing downs and maybe some short-yardage situations. In order to take the pressure off Stafford, Akers being fed 25+ touches—with the hopes that he will pop one—may be a priority. Even though the Bengals have notably allowed a whopping 5.9 yards per carry this postseason, I still think D.J. Reader and B.J. Hill can plug up the middle, and the bigger challenge will be for Sam Hubbard and Trey Hendrickson to stop the off-tackle runs.

Joe Mixon could have just as much trouble finding space to run as Joe Burrow does having time to throw, but Cincinnati should remain balanced no matter what—which worked when they fell behind to Kansas City in the AFC Championship. Mixon should also get the ball in space as a receiver, and the screen game should remain an important part of the game plan after working so well with Mixon and Samaje Perine a couple of weeks ago.

Before getting to the pick, Jessie Bates III and Von Bell need to be mentioned as potential difference-makers on the backend for the Bengals. Based on the way Matthew Stafford has put the ball in harm’s way on deep passes, the duo—with an interception in both of the team’s road playoff games last month—could have a decent shot at another takeaway, and Logan Wilson can also fool Stafford in coverage over the middle. Overall, the job defensive coordinator Lou Anarumo has done should be highlighted, and the pieces on that side of the ball all fit together perfectly.

These playoffs have been rough for predictions (against-the-spread picks have had more luck), but I’ve been 5-0 picking Super Bowl games for Wolf Sports, so we’ll see if that continues this weekend. While the pass rush of Los Angeles taking over is reason to be wary of a potential blowout in the other direction, Joe Burrow has had ice in his veins and can get the job done if the game is close in the fourth quarter.