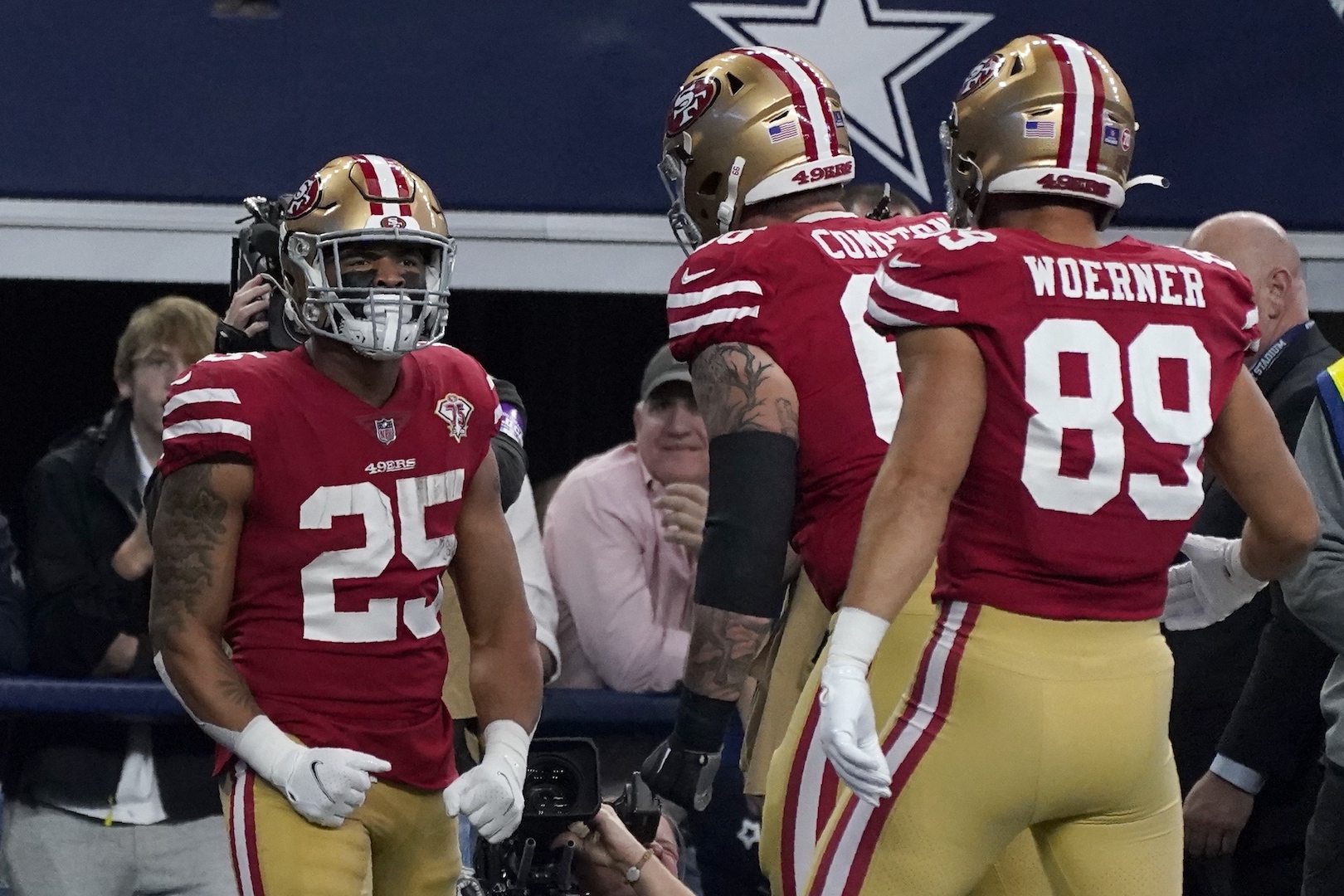 
Wild Card Weekend had some disappointments, but the NFL’s Divisional Round should be fantastic from start to finish. The Packers and Buccaneers top the latest power rankings, but two potent opponents stand in the way of a potential rematch from last January.

Well rested and getting healthier following the first-round bye, the Packers remain in the top spot of the power rankings. However, the concern is that the Niners, who dominated them in the NFC title game a couple of seasons ago, might be their toughest draw in the conference aside from the Bucs.

As expected, Mike Evans and Rob Gronkowski helped key Tampa Bay’s win over Philadelphia as the obvious primary targets for Tom Brady to begin the postseason. Now, they’ll look to defend homefield and get to a second consecutive NFC Championship Game. Like the Packers’ situation, I also don’t think this is a great matchup for the Bucs offense because they don’t have Chris Godwin (or Antonio Brown), so Devin White and the defense must fly around this Sunday—and the offensive line must protect Brady.

Derrick Henry is practicing with the intention of playing on Saturday, and if all goes well over the next few days, he’ll be a massive boost for the Titans. Coming off the bye, Tennessee immediately bringing the energy and playing at a high level on the lines on both sides of the ball could make them tough to beat in their return to action.

A very slow start by the offense was quickly erased (thanks in part to the defense making plays to help build momentum), and the Chiefs ultimately did not have much trouble with the Steelers to advance to yet another AFC Divisional Round. The Kansas City defense at Arrowhead has proven to be a difference-making unit in January.

Josh Allen and the Bills are coming off one of the greatest offensive performances in NFL history (seven series, seven touchdowns), and it came against one of the league’s best defenses. Hopefully they don’t have a letdown after scoring so many points last weekend, but the all-around Buffalo squad has a real shot of beating the Chiefs twice on the road this season after dominating earlier this year.

I admitted last week that the 49ers might have been too low in the power rankings, and they probably were. Their physical style of play led by Deebo Samuel and Elijah Mitchell on offense—paired with a defense that’s stepped up and can get after the quarterback—is an ideal fit for January football. Again, the Niners just have the feel of a team you’d rather have someone else run into and eliminate in the playoffs.

The Bengals won their first playoff game in 31 years, and Joe Burrow is very confident that this will be the norm moving forward. There actually might not be a more confident group remaining in the playoffs. Things are of course very different than from a season ago, but keep in mind that the Bengals beat the Titans last season.

On the plus side, Matthew Stafford played well en route to his first career playoff win, as his proneness to turnovers was a concern to me. But I think we should keep in mind that the Cardinals did not play well at all (arguably their worst game of the season), and the Buccaneers defense should provide a bigger challenge on Sunday. That said, I like how the Los Angeles defense should matchup with Tampa given that they can generate a strong pass rush with Leonard Floyd, Von Miller, and Aaron Donald.

The comments made by Dak Prescott after the wild-card loss to the Niners was not a good look at all, but it’s uncommon behavior for him and it was good to see him make an apology. Expect Dak and the Cowboys to use the loss as motivation moving forward. They’ll hope to not lose defensive coordinator Dan Quinn to a head coaching job, as Quinn was huge in building a very promising defense.

Anything can happen in a given game, but I don’t think anyone expected a Bill Belichick team to lose like they did in the postseason. While New Englanders (and NE media) are not used to this, if you take a step back you can see the Patriots are building something, headlined by their first two 2021 draft picks (Mac Jones and Christian Barmore) appearing to be major hits.

Some of his draft selections were pretty shocking, but Mike Mayock arguably got a tough break getting fired from the Raiders after helping keep things steady along with Rich Bisaccia as the interim head coach. We’ll see if the Raiders keep Bisaccia, but I doubt it with Mayock gone. It’s a big offseason for Vegas, and I think the franchise is in a good spot to attract top coaching candidates with their amazing stadium/facilities and solid pieces to build around.

As stated above, the Cardinals might have played their worst game of the season at the worst time. I’ve mentioned the poor body language of Kyler Murray when things go south, and the former No. 1 pick probably needs to not press so much in those situations. Arizona’s late-season slides are a problem.

The Eagles also played one of their worst games of the season in the playoffs, but I think it was more of a case of them being clearly outmatched by the Bucs. The only team Philadelphia beat with a winning record this season was the 9-8 Saints. Philadelphia did commit to Jalen Hurts as the team’s starter next season, which I think is the right move to give him another year to see if he can continue developing. The ankle injury was probably a factor for Hurts late in the season.

T.J. Watt and company started well to make it look like it might be a game at Kansas City, but they were another overmatched squad. You don’t want to overreact to one week in a season, but I wonder if it was a good idea to add another playoff team in each conference. Anyway, Ben Roethlisberger now rides off after a Hall of Fame career, so there are big shoes to fill in Pittsburgh. Mike Tomlin is “excited” about the opportunity to search for the next franchise quarterback.