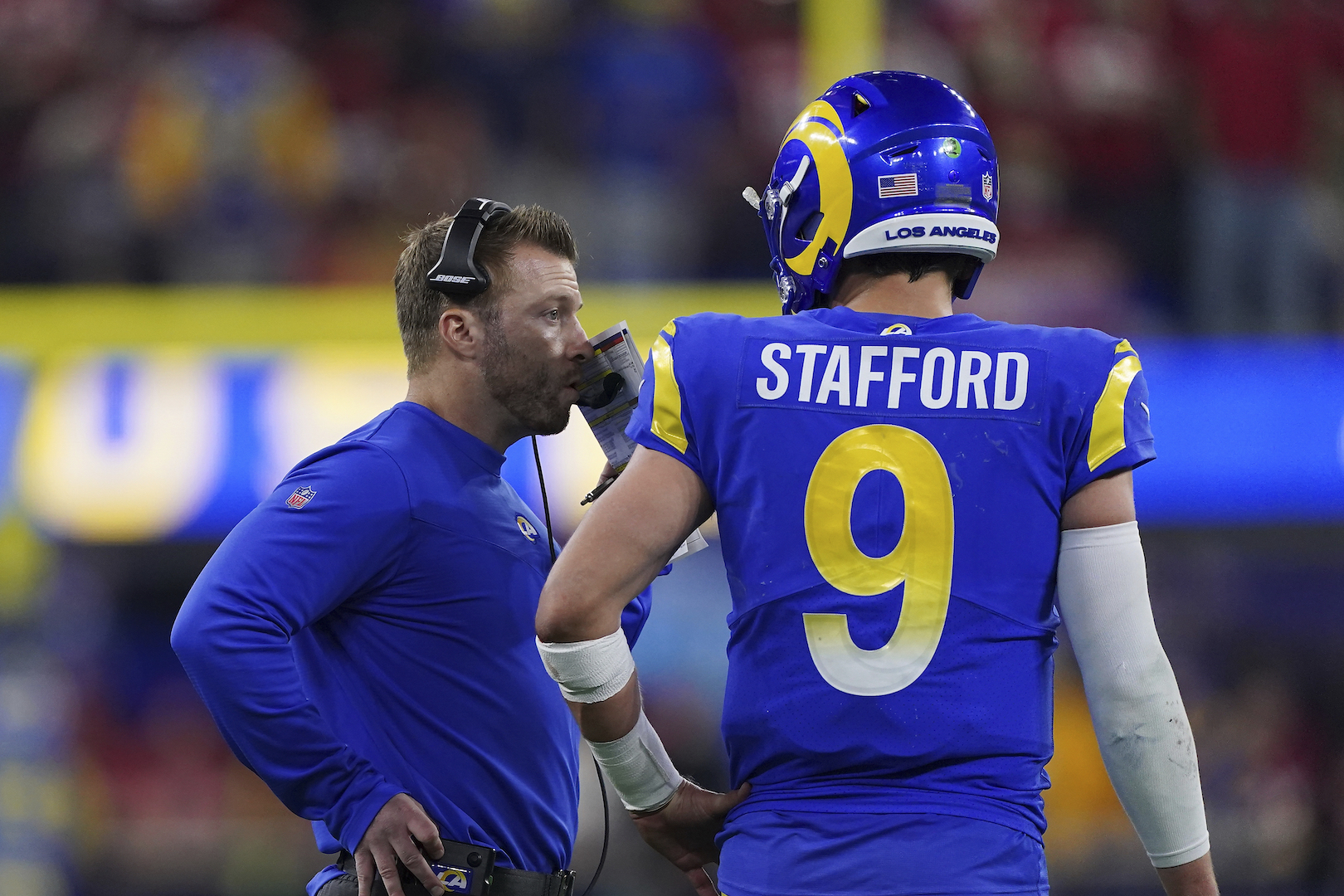 
Two teams are left standing with a Super Bowl on the line, and I did not see it coming it all—but that’s fitting for such a parity-filled and unpredictable NFL season. The Rams, playing Super Bowl LVI in their home stadium, are the deserving favorites for February 13. If you’re betting on the Super Bowl, Los Angeles has been hovering at around a four-point favorite.

My feeling was that Matthew Stafford had to get hot for the Rams to make a run to the Super Bowl and eventually win it, but, while Stafford has played well, it’s been the play of the Los Angeles defense that’s keyed this run. The Rams defense completely shut down the 49ers to end the NFC Championship Game, and they’ll look to overmatch the Bengals subpar offensive line when they meet up in a couple of Sundays. For head coach Sean McVay in his second Super Bowl appearance, he needs to try not to overprepare too much, which is something he admitted to doing the first time around.

Similarly, while people like to make everything about the quarterbacks—and Joe Burrow was definitely clutch down the stretch and this postseason, including navigating the pocket through pressure and making critical plays versus the Chiefs—the Bengals defense is not getting nearly enough credit for the way they’ve played. Cincinnati had the game-sealing interception in the Wild Card Round, an interception to begin and end their outing in the Divisional Round, and then two more picks of Patrick Mahomes on their way to a Super Bowl. And there have been a bunch of big plays in between. That said, the unit is up for a tough task facing Cooper Kupp and company. But it’s crazy how much of a turnaround the Bengals have had from the past couple of years, and they are a prime example of being able to turn things around quickly in the NFL.

Overall, not running the ball more hurt Kansas City in my opinion, as they were having a ton of success there and went away from it for whatever reason. But the play at the end of the first half, leaving three points on the board by throwing the ball to Tyreek Hill in bounds, was the turning point for the Chiefs in their devastating loss to the Bengals. Then in the second half and toward the end of the game, Mahomes’ expressions to me appeared a bit tense. Keeping it real, Mahomes is an outstanding player, but because he was anointed by the media, he mostly escapes the criticism just about all other players (unfairly) endure. The fact is Mahomes has been on fire in some postseason games (like just a couple of weeks ago against the Bills), but he has shown major inconsistency in some of the biggest games, including his Super Bowl win, when everyone that is unbiased knows Damien Williams should have won MVP. Mahomes has shown major progress in taking what the defense gives him, but perhaps those natural gunslinger tendencies have sometimes hurt him when he tries to do too much in big moments.

The dropped interception by Jaquiski Tartt is being pointed at as a reason for the 49ers giving up their lead and losing to the Rams, but it’s a lot more than that—and as teammate George Kittle noted, San Francisco might not have been in the NFC title game if not for Tartt’s hustle in the Divisional Round. The Niners were simply in a tougher spot not being able to get the run game going, and the offense just ran out of gas and was completely overwhelmed to end the game. Jimmy Garoppolo, who will be playing for another team in 2022 after handling his final year in the Bay Area with class, had no shot to do anything on the final drive given how much pressure the Rams defense got, so anyone criticizing him is totally clueless—sometimes, you just have to give the other team credit for making plays.