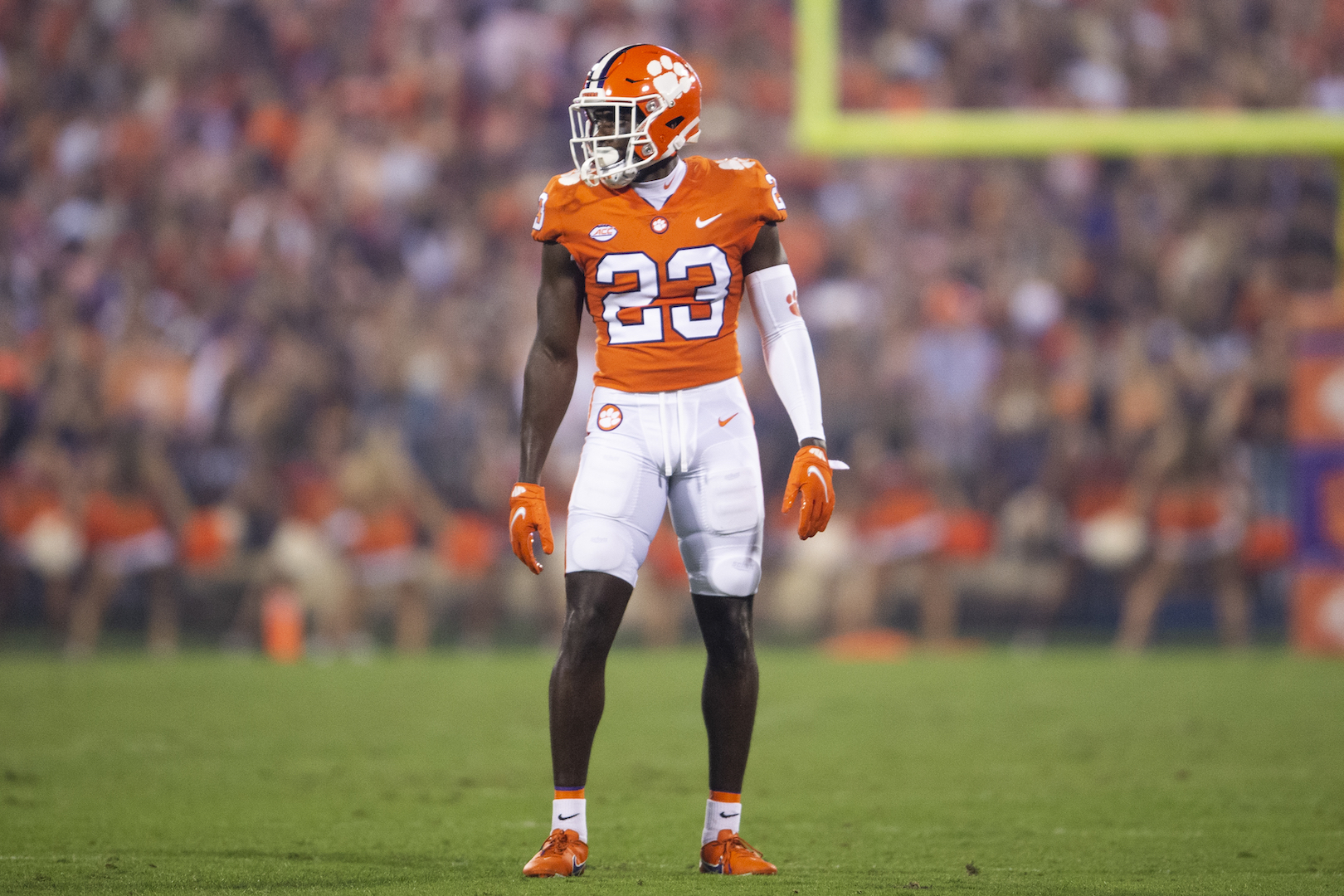 Prototype athletic build. Muscular with long arms. Great forward burst. Very good speed and range. Excellent in zone coverage with his eyes on the quarterback. Very smooth in side shuffle and backpedal. Bouncy overall athleticism. Always stays low and athletic. Light feet in press coverage and not fooled by early footwork. Phenomenal ball skills. Excellent tackler. Top-tier play recognition and reaction time. Extremely confident with great positioning to play the run. Very high awareness and routinely makes stops short of the sticks. Flies up to make a stop on the outside. Tremendous pursuit away from the ball. Strong and physical taking on blocks. Will press a blocker off him to make the tackle. Can sidestep a blocker with ease. Doesn’t tip his hand on cornerback blitzes. Has experience at both left and right cornerback.

Mostly played cushion zone coverage. Allows late separation in man coverage. Doesn’t stick close enough to receivers with man responsibility. Allows too much space in front of him at times with deep zone responsibility (unclear if due to scheme/play design). Can be slow reacting to curls/comebacks. Roams a bit rather than sticking with his man on broken plays.

Overall, Booth Jr. is an athletic, playmaking zone cornerback that defends the run at an extremely high level. He will not be a strong fit for every team/scheme, but Booth Jr. can be an impact player in an aggressive zone defense.