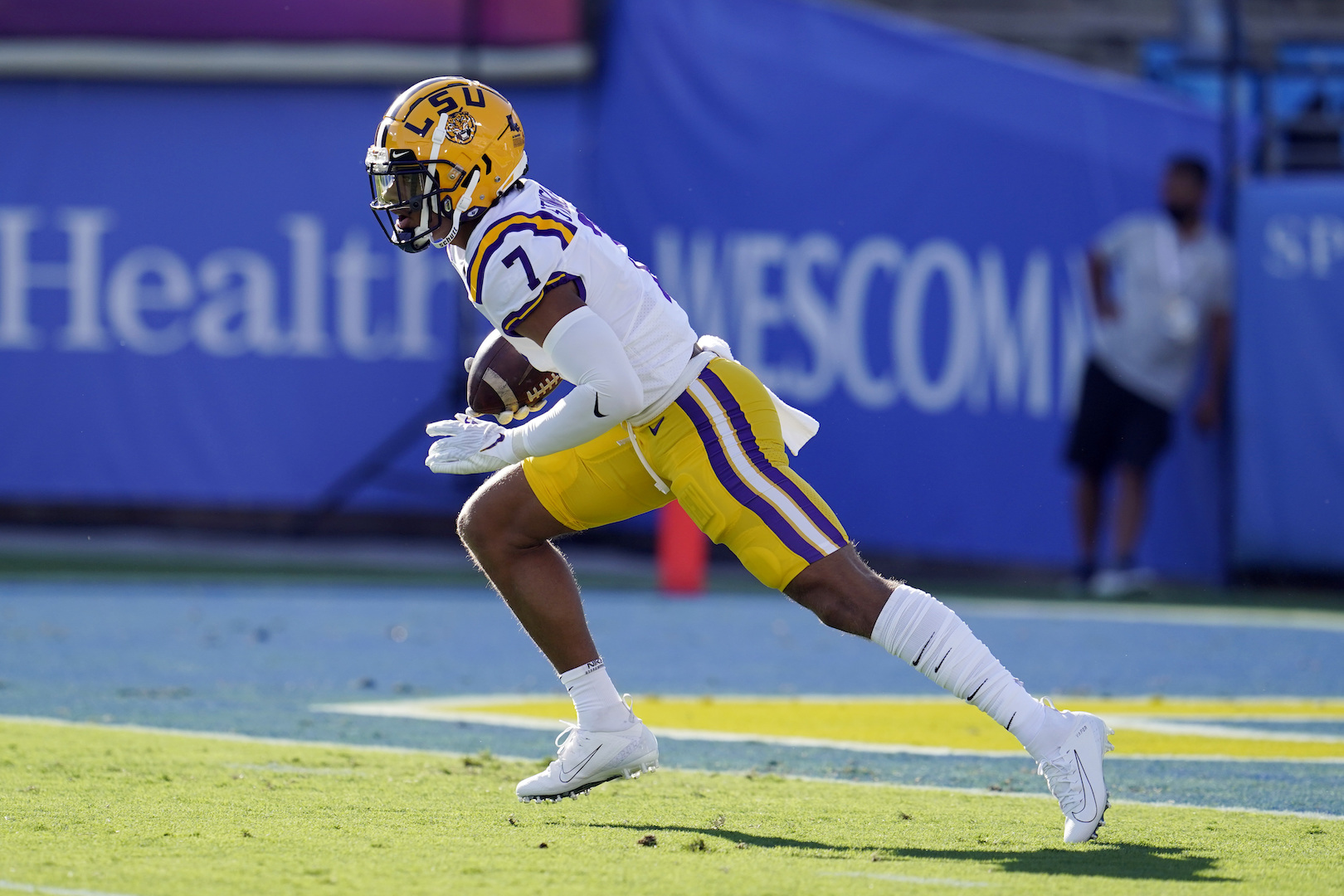 Prototype size and length on the perimeter. Great athleticism and speed. Rare natural mirror skills in coverage and phenomenal foot quickness for a cornerback his size. Extremely smooth mover. Easily opens up in press coverage. Elite ball skills. Gets his head around to locate the deep ball and make a play on it. Tremendous timing to play the ball at the catch point. Instant reaction time to jump routes. Attacks the ball like a wide receiver. Rarely targeted and can eliminate his side of the field for stretches. Quick to identify short routes and come up to make a play in off zone coverage. Stays low and athletic away from the action in run support. Effective coming up to make a tackle on the outside. Shows consistent effort as a run defender when able to be the aggressor. Mostly a right cornerback but has experience playing both sides and in the slot. Has returned punts. Six interceptions as a true freshman.

Struggled mightily against DeVonta Smith in 2019 matchup. Showed flaws versus NFL-caliber opponents (Smith, Kyle Pitts, Van Jefferson). Allows most separation versus in-breaking routes. Too eager to open vertically and will lose inside because of it. Caught flat-footed in slot for a touchdown allowed versus UCLA (2021). Should be stronger as a reactionary tackler and breaking down in space. Would like to see more wrap-up tackles rather than going low. Durability concerns with ten games played over his final two seasons.

Overall, Stingley Jr. has all the traits to be one of the NFL’s best cornerbacks as an athletic, playmaking defender with natural mirror skills in man coverage. He needs to clean some things up to improve versus top competition, but the unteachable skillset makes him a top-ten prospect.