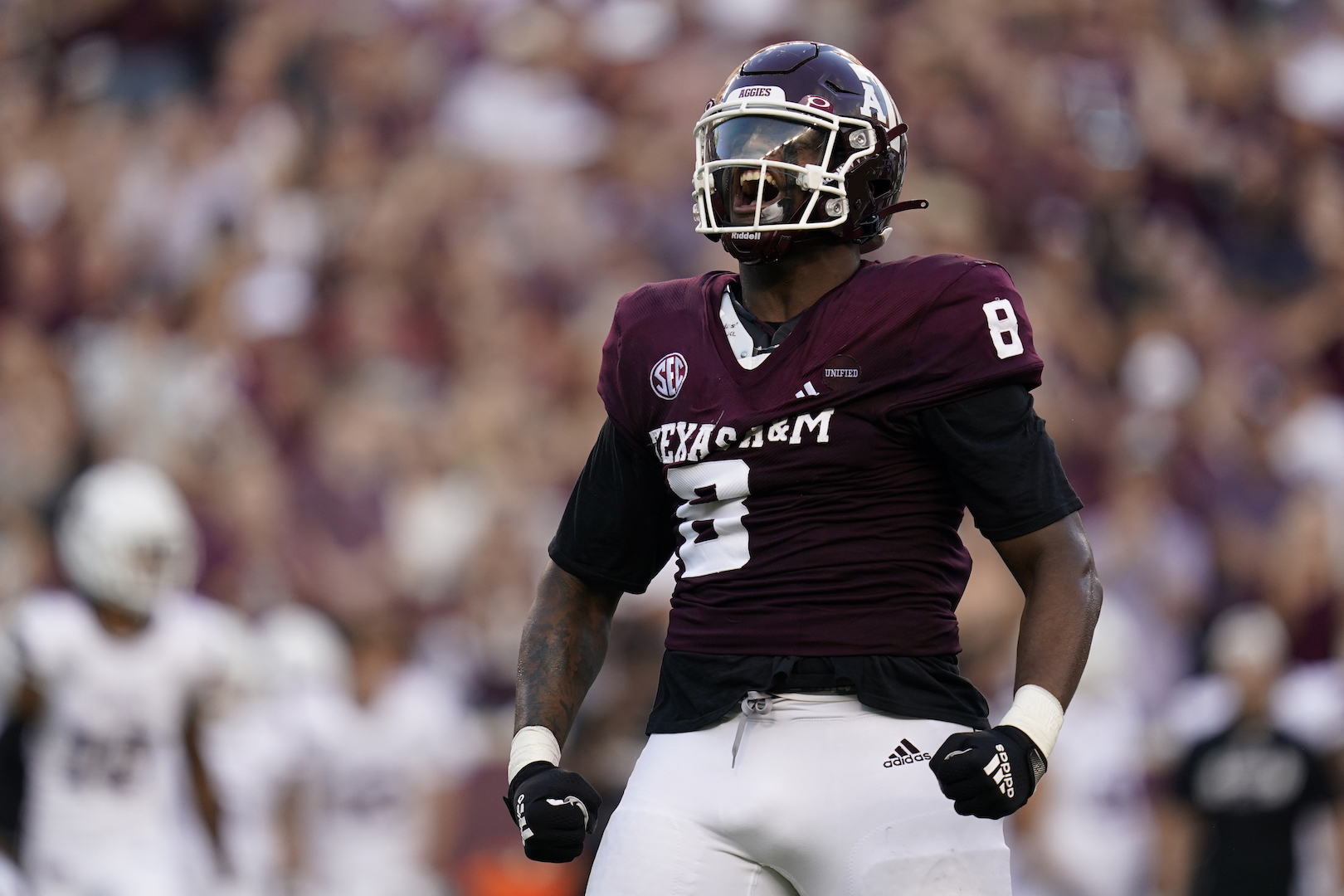 Stout and athletic frame with good height/length. Thick lower half. High motor and plays hard. Hands are very active while disconnected. Accurate hands to swipe away blockers. Light feet and will use hop steps as a rusher to throw off offensive linemen. Very good general quickness when attacking. Tight spin move as a rusher. Can attack the outside shoulder and seamlessly transition to a power rush. Powerful finisher when he grabs an opponent. Stays low at the snap to create leverage. Quick to disrupt gaps in goal-line situations. Good tracking pursuit as a backside defender. Versatile with experience in a variety of alignments (including two-point stance).

Primarily an edge in college but likely a better fit inside. Concerns about strength holding up at the point of attack. Moved off the spot by combination blocks. Will get driven back by bigger blockers when engaged. Athleticism/explosiveness aren’t special for being a smaller interior player. Hands aren’t as active when opponents latch on. Seems to guess defending zone reads rather than identifying the ball-carrier.

Overall, Leal is a versatile defensive lineman with a high motor and impressive natural skills as a rusher. His best fit at the next level would likely come as a penetrating three-technique with the ability to be a power edge on early downs.