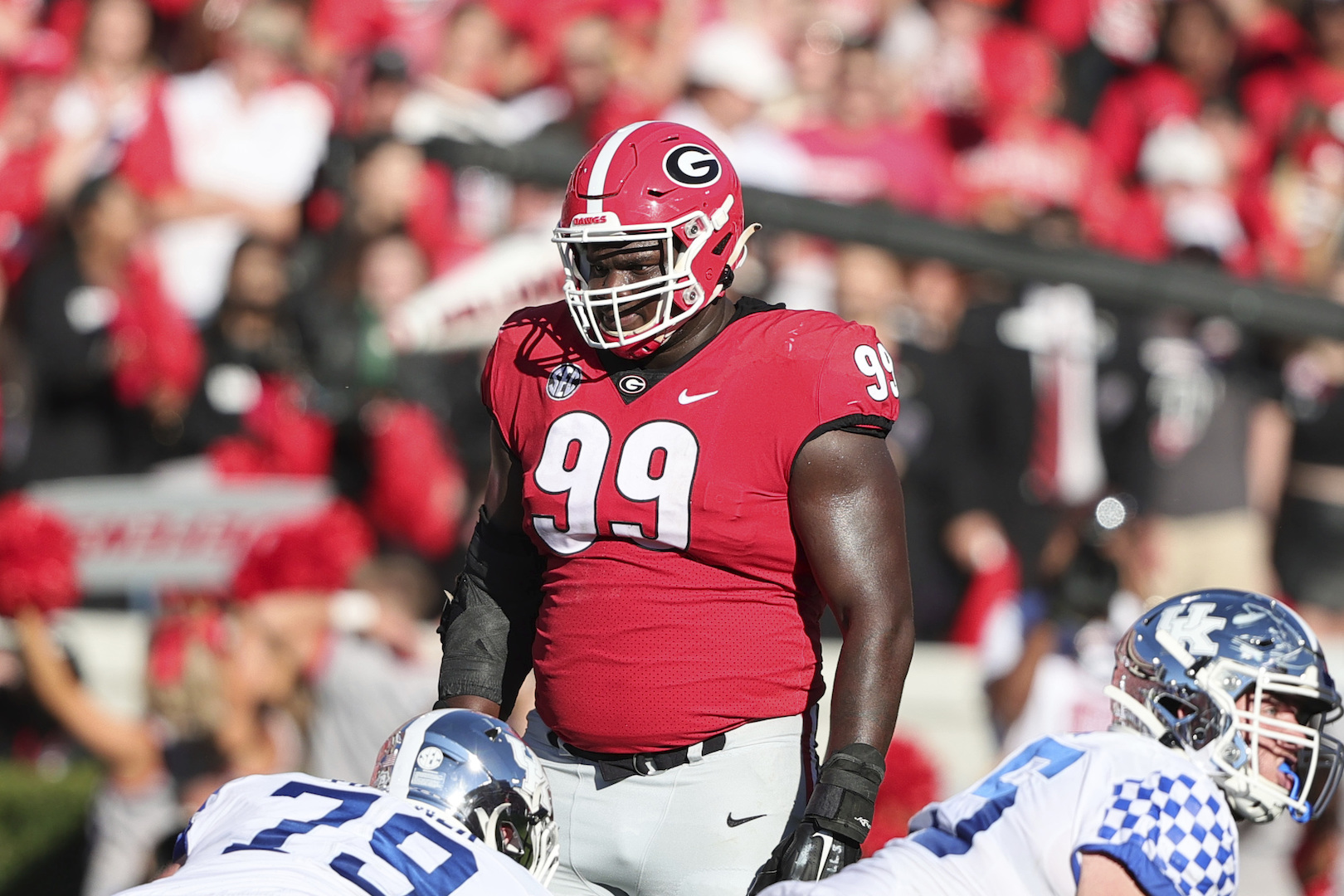 Monster size and intimidating presence. Extreme raw power. Clearly possesses rare natural athleticism for a big guy. Wingspan gives him tremendous reachability to make a tackle in his proximity. Great play recognition and instincts. Closes quickly after beating his man. Ball-carriers go down when he gets his hands on them. Doesn’t get moved off the ball. Will bully smaller interior linemen. Can fight through double teams and cut off running lanes. Can stop a runner with one arm while holding off an offensive lineman. Light feet to win with quickness in addition to strength. Rangy enough to pursue a tackle outside the numbers. Hands are big and powerful. Pull-down move is quick and jarring. Very good overall pass rusher at his size. Athleticism is evident on stunts. Will push the pocket with a bull rush to create pressure. Has a rip move and swim move as a pass rusher. Experience as one-technique and three-technique. Plays very hard and hustles to the ball. Georgia defensive efficiency was significantly better when he was on the field. Has played on offense in short-yardage situations.

Stamina is a concern. May never be an every-snap player. Will stall as a pass rusher when fatigued.

Overall, Davis is a monster defensive lineman with tremendous power and athleticism to live up to his “Godzilla” nickname. His ability to dominate in the trenches makes him worthy of top-five consideration.