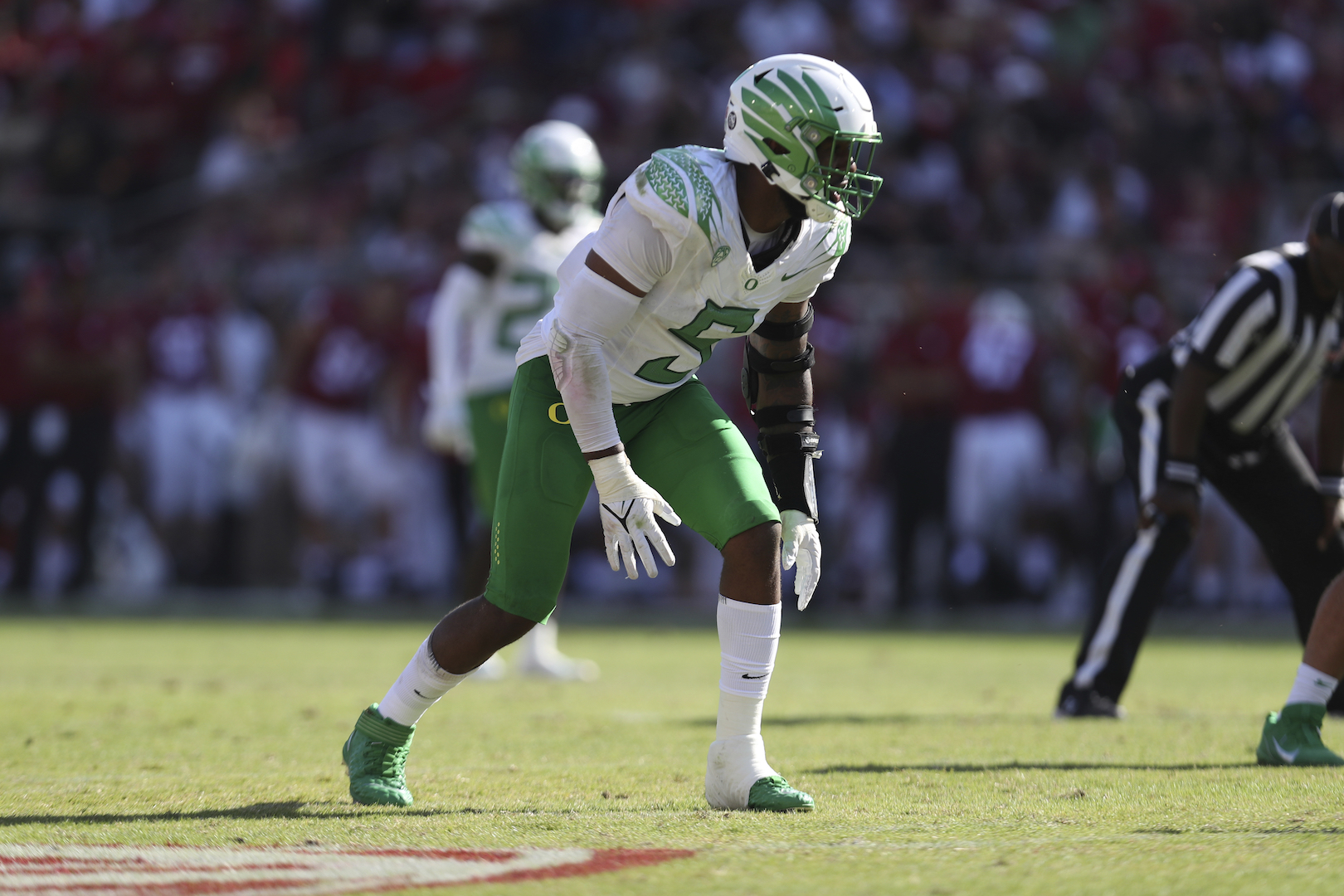 Prototype size and speed. Great athleticism for his size. Ideal length. Tremendous first-step quickness and acceleration. Times the snap to get out of the blocks quickly. Impressive bend at the top of his rush. Very strong hands. Often commands double teams in passing situations. Engulfs the quarterback when he gets close. Can disrupt with pressure without getting home. Finishes with force. Has shown an effective shoulder dip move. Powerful and can push the pocket. Uses length to straight arm and keep blockers off his frame. Will extend to disengage. Usually finishes when he gets his hands on a ball-carrier. Willing to crash inside and make a tackle in the hole. Shows good discipline and vision as a backside defender. Drops back in coverage with good awareness. Experience playing on both sides of the formation. Scheme versatile. Has rushed from inside. Played through an ankle injury in 2021. Appeared much more explosive in Cal game (following a week off to rest).

Needs to develop repertoire as a pass rusher. A bit stiff overall considering athleticism. Doesn’t show a ton of twitch getting off blocks. Can be fooled on zone reads. Struggles with change of direction in coverage. Aggressiveness used against him early in 2021 UCLA game. Inconsistent pursuit away from the ball (perhaps due to ankle injury).

Overall, Thibodeaux is a prototype edge defender with all the tools to be one of the NFL’s best sack artists if he develops his moves as a pass rusher at the next level. Playing through injury in his final season should even give him a boost in eyes of evaluators as a candidate to be the first-overall pick.