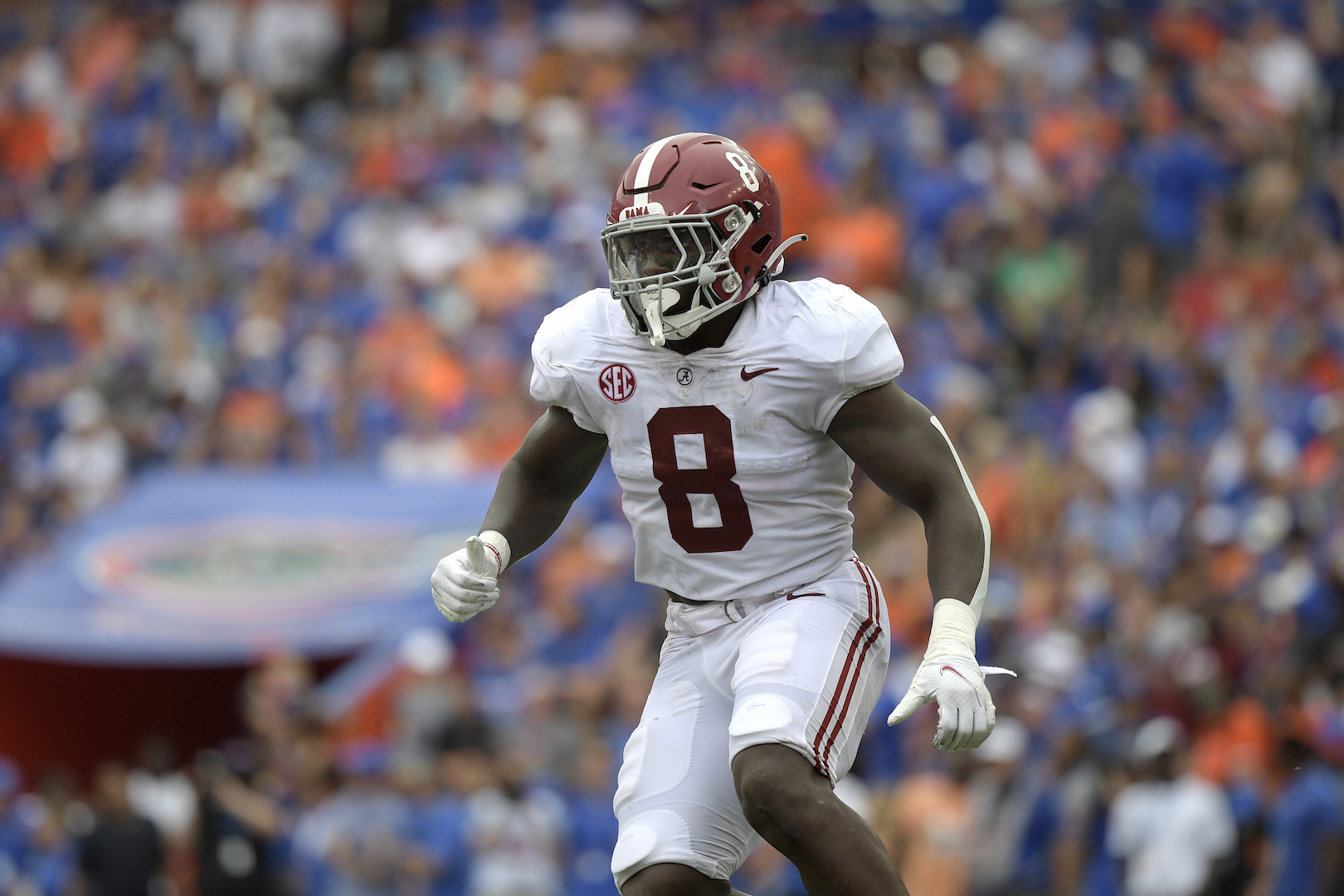 Light on his feet and very athletic. Solid build with quality length. Great speed and explosiveness. Excellent pursuit going downhill/attacking. Impressive ability to work through traffic and make the play. Strong square-up tackler. Stays under control tracking a ball-carrier or quarterback. Will beat opponents to the spot with quickness. Has the strength to shed second-level blocks. Physical taking on blockers and will take on bigger opponents. Tremendous movement skills in coverage. Very smooth in backpedal-to-sprint breaks. Can match up with top tight ends in man coverage. Great at getting his eyes around to deflect passes (had multiple deflections result in an interception). Very effective on a variety of blitzes. Has seen snaps on the edge.

Almost seems to guess rather than reading things. Can be slow to diagnose the action in general. Will float into the wrong hole versus the run. Sideline pursuit isn’t as fast as timed speed. Brush tackles might lead to more misses against NFL ball-carriers. Too stationary at times in intermediate zone coverage and would like to see him get more depth.

Overall, Harris is an athletic linebacker that is at his best when able to attack against the run or be used to match up in man coverage. His best fit would come in an aggressive defensive scheme at the next level.