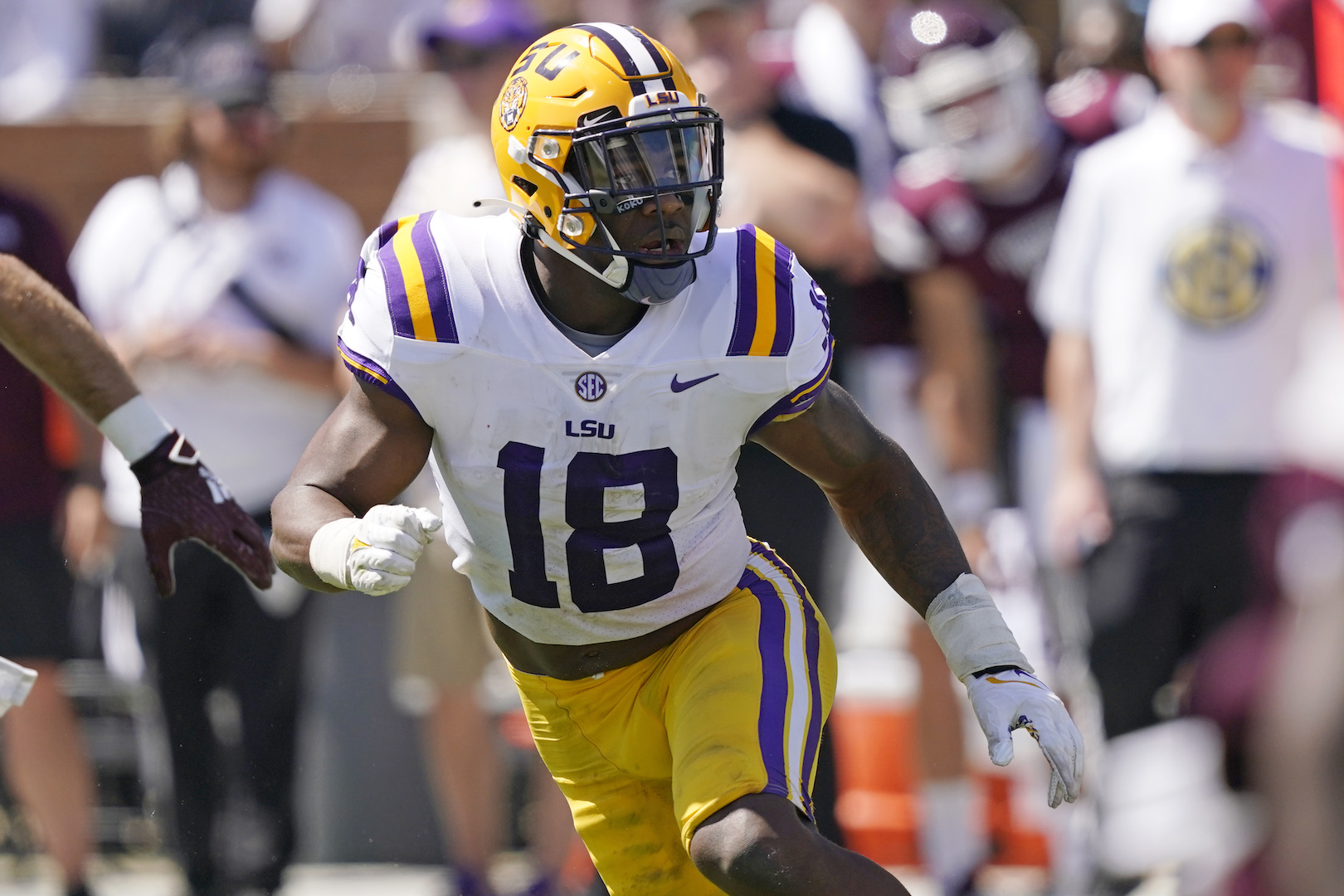 Muscular build and thick lower half. High overall awareness and vision. Aggressive wrap-up tackler. Collapsing finisher that gets opponents to the ground and rarely misses. Will stand in to make a key tackle. Great ability to shed a block and make a tackle in the hole. Physical and strong taking on blocks. Has the quickness to dart under a blocker. Able to get to the spot to stop an outside run. Very good speed and closing burst. Excellent pursuit and sprints to the ball. Always hustles downfield to end big plays. Tries ripping the ball out on gang tackles. Tremendous quarterback spy. Terrific decision-maker on when to pursue a scrambling quarterback. Plenty of experience and comfortability patrolling the middle of the field in zone coverage. Very athletic in the backpedal. Great play recognition versus designed throws in the flat. Exceptional reaction time to play underneath throws in general. Calls things out and makes pre-play adjustments.

Can get drawn by play-action/misdirection including pre-snap motion. Better at playing designed outside runs than pursuing bounced runs to the perimeter. Sometimes a bit magnetized by a block and will be a step late getting to the spot. Needs to recognize tight end crossers into his zone. Expected to miss the entire 2022 season following spinal fusion surgery in March.

Overall, Clark is a strong, athletic linebacker with high awareness against both the run and pass. The physicality and hustle would have made him a first-round prospect, but teams will now need to weigh his ability with the probable “redshirt” rookie year.