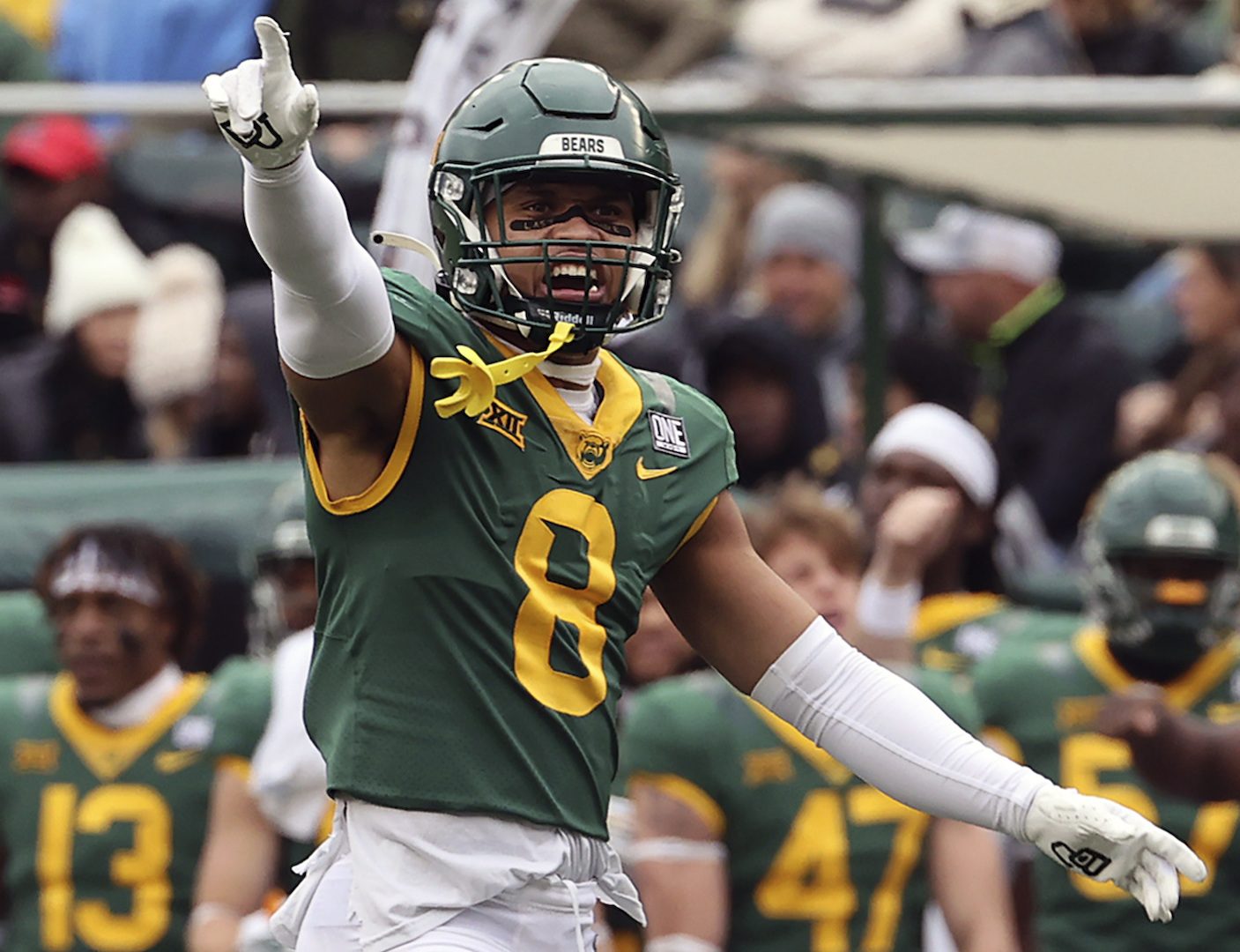 Excellent instincts and awareness. Very quick reaction time. Great burst and closing speed. Quality length for the slot. Tremendous play recognition. Reads the quarterback’s eyes in underneath zone coverage. Fluid in the backpedal and side shuffle from the slot. Will hover underneath routes and make throws difficult for quarterbacks. Competitive at the catch point. Physical to disrupt wideouts early in the route. Strikes at the thighs of ball-carriers and wraps up. Very aggressive playing the run close to the line of scrimmage. Excellent pursuit. Effective crashing down the line of scrimmage to make a tackle as a backside defender. Fast coming off the edge and routinely used as a blitzer. Will deliver a big hit when possible. Able to get past blockers with twitchiness. Bullets into opponents taking on blocks. Plays very hard. Plus ball skills.

Unique “Star” role allowed him to usually be on the attack. Will have some misses with out-of-control tackle attempts. Can be absorbed by blockers when engaged. Could struggle with shifty route runners from the slot. Slim build and play style could lead to durability concerns.

Overall, Pitre is a versatile, instinctive defensive back that can make a significant all-around impact for an NFL team. The projection is somewhat difficult based on his role at Baylor, but Pitre’s skillset can make him an early Day 2 prospect as a slot or traditional safety.