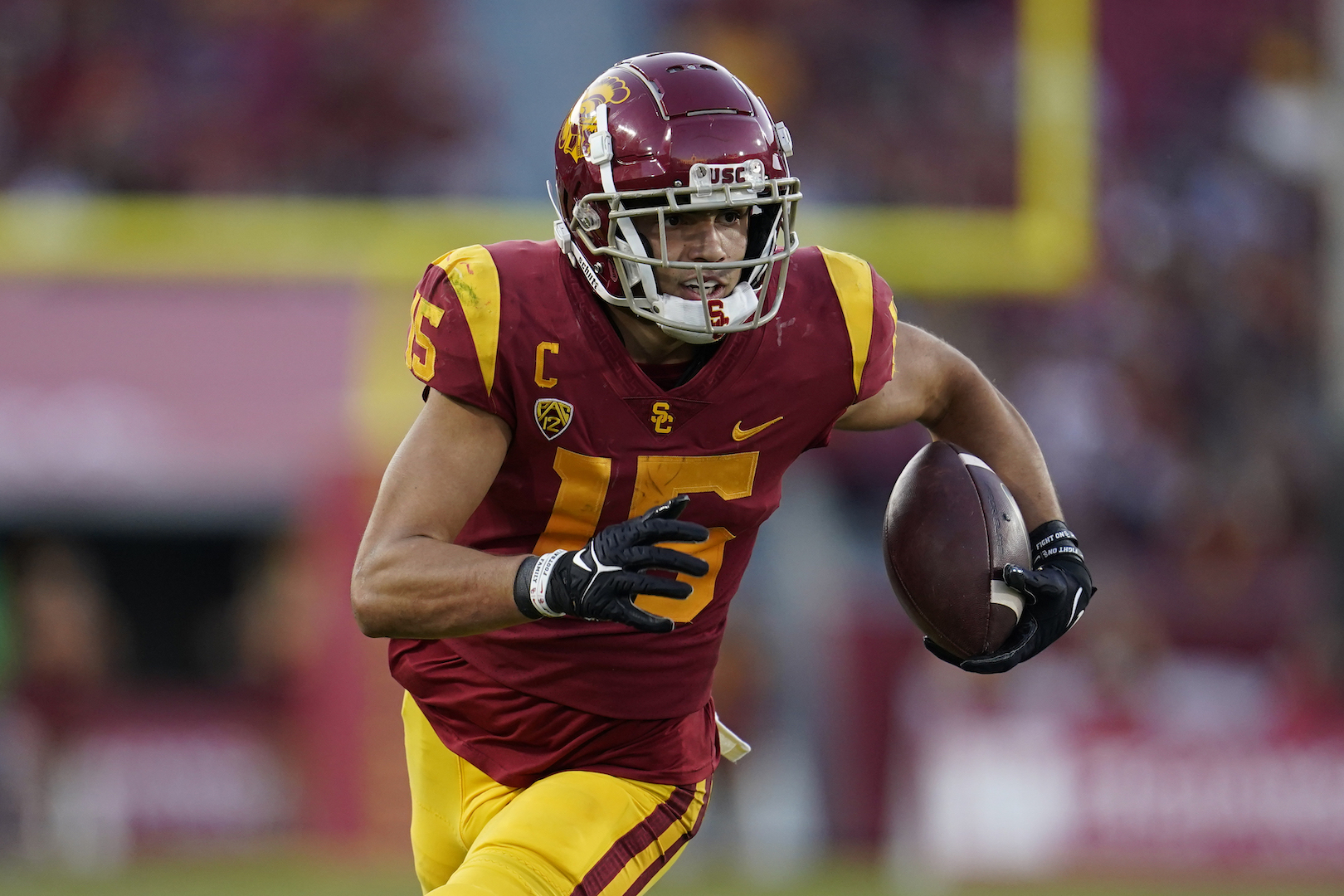 Elite size and catch radius. Physical and aggressive player. Extremely strong with tremendous balance. Excellent overall athleticism. Uses physicality to create subtle separation. Mismatch for smaller cornerbacks. Impressive ability to sink in and out of breaks at his size. Skies for the ball with his hands and tucks into his body to secure it. Fights through contact to make the catch. Great focus at the catch point. Will look the ball all the way in to stick with any double catches. Reliable on in-breaking routes in traffic. Creates separation on out routes with cornerbacks needing to respect vertical ability. Comfortably secures the ball coming back to the quarterback. Goes to the ground to secure the ball if needed on deep curls beyond the marker. Good ability to get feet down on the boundary. Tremendous release footwork to create quick separation. Effective on screens and smoke routes. Very tough to bring down and will spin for positive yardage. Has good elusiveness for his size. Played as a full-time slot in 2020. Does not at all shy away from physical aspects of the game. Has experience with down blocks as a close slot. Willing and effective blocker in general. Seems to get under the skin of opponents. Played one season on USC basketball team.

Lacks top-end speed to create wide separation as a route runner. Will have the occasional focus drop. Can struggle versus physical press coverage if he doesn’t win with his release. Seemed to get banged up quite a bit on leaping grabs.

Overall, London is an athletic, big-bodied wide receiver that can dominate on the perimeter with physicality and fluidity. His game is very similar to Mike Evans, and he has a definite case to be the first wideout off the board.