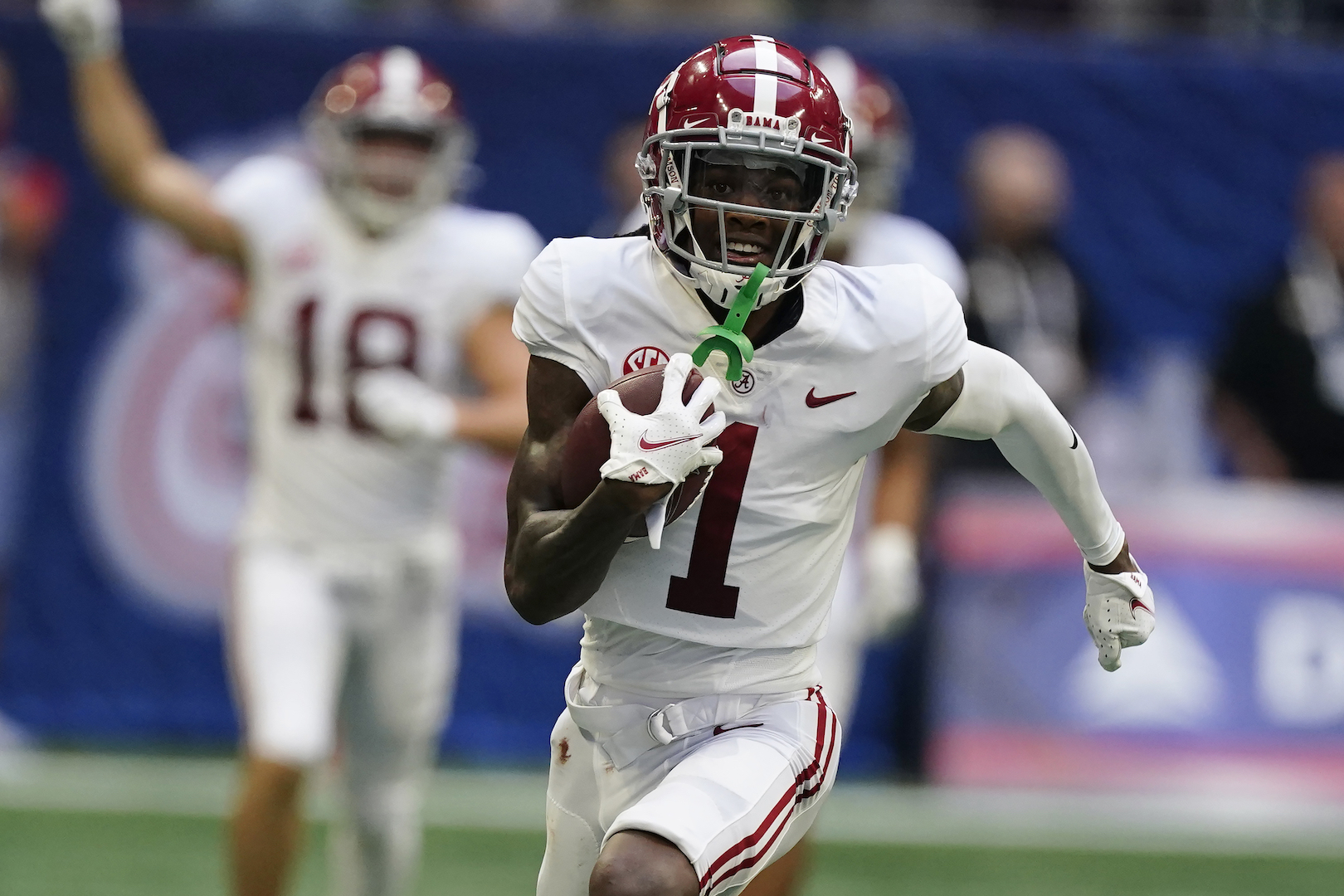 Game-breaking speed. Long-striding glider. Above-average height with a big catch radius. Tracks the deep ball at a very high level. Extremely smooth catching over either shoulder. Draws significant attention from safeties. Can change speeds and hit another gear to fool defenders and get deep. Tremendous acceleration. Strong hands and catches the ball comfortably in stride. Highly effective at body catches (similar to Antonio Brown). Comfortable squaring up to the quarterback and catching while drifting backwards. Able to contort his body or dive to make a catch off his frame. Throws on his hip/stomach magnetize at full speed and immediately turns into YAC mode. Absolutely destroys angles in the open field. Will take intermediate in-breaking routes to the house. Very good contact balance with the ball in his hands. Doesn’t shy away from contact as a runner. Lined up at various receiver spots. Immediately stepped in as No. 1 wide receiver at Alabama. Explosive kick returner (two touchdowns on ten tries). Has played as a gunner on punt coverage.

Needs to be more efficient with releases versus press coverage. Physicality can push him off his route early. Downfield moves are more effective if running free. Has shown ability to run various routes but mostly had a simple route tree. Not a consistent blocker. Coming off torn ACL suffered in national championship.

Overall, Williams is a game-breaking vertical threat that will force opponents to respect the deep ball and should instantly boost an NFL team’s downfield passing attack. His combination of speed and smoothness gives him a strong case to be the top wideout in the class.