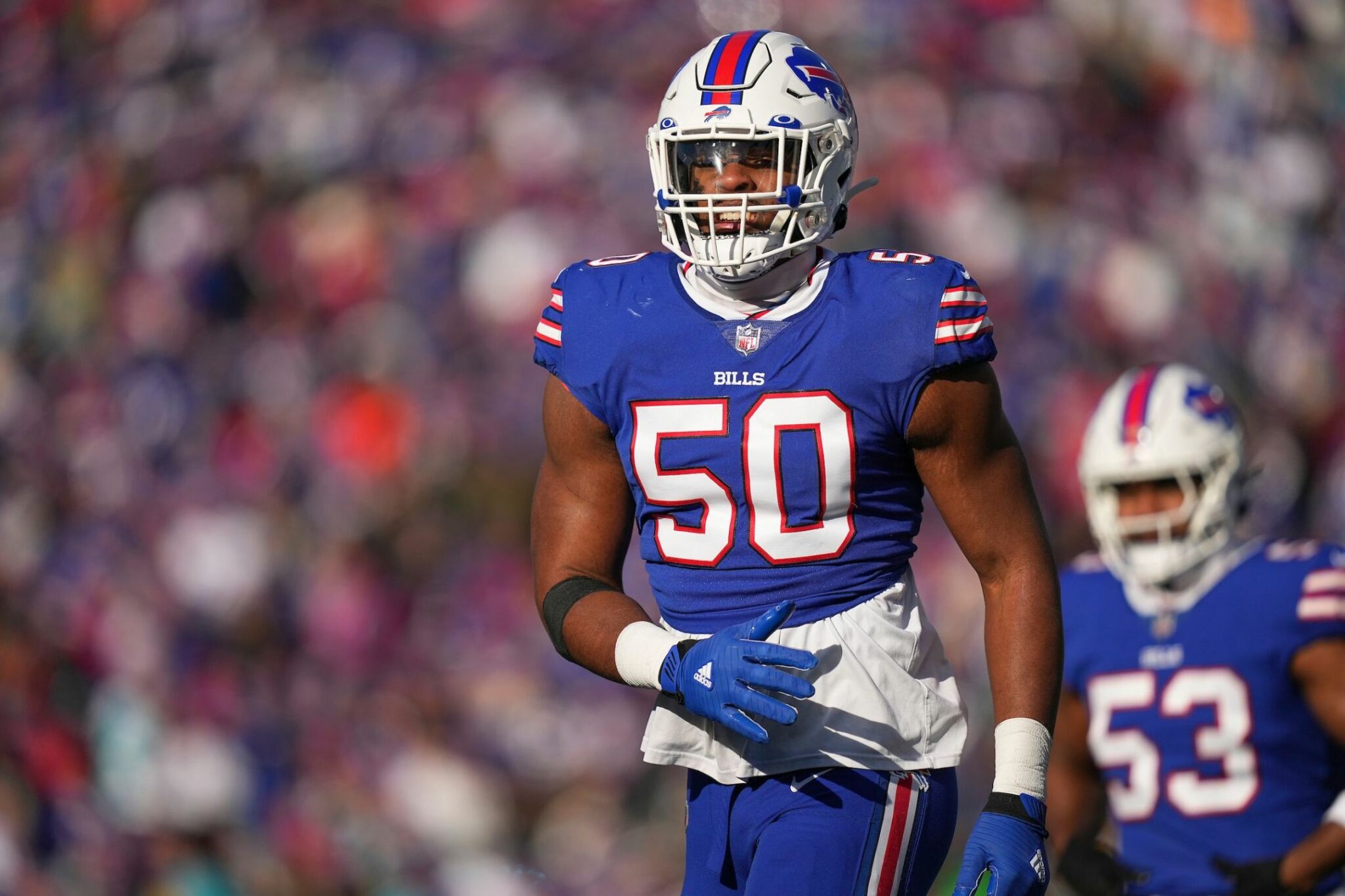 The Jaguars are an extremely dangerous team with high confidence following last week’s comeback victory over the Chargers (the third-biggest in NFL postseason history at 27 points), and they’ll need both sides of the ball to carry the momentum into the Divisional Round in order to knock off the Chiefs. A six-game winning streak and 7-1 overall record since the first matchup versus Kansas City (a 27-17 loss that wasn’t as close as the score indicates) makes Jacksonville a different team in the rematch, and Josh Allen making a leap towards superstar status has been overlooked; in addition to 5.0 sacks over the past six games, Allen has totaled two forced fumbles, two fumble recoveries, and scored the game-winning touchdown to clinch the AFC South—not to mention he recorded four quarterback hits on Justin Herbert last week. Still, the Chiefs might have too many weapons, as Travis Kelce is due for a touchdown eruption with zero scores since the start of December, and I don’t see Patrick Mahomes being bounced in his first playoff opportunity since the disappointment of the 2021 AFC Championship Game. Look for Kadarius Toney—who had a breakout game against Jacksonville in Week 10—to perhaps be fully unleashed this month.

Philadelphia fans have sounded very confident about taking care of business on Saturday night, but I wouldn’t be so sure based on how hard the Giants have played and how good of a head coach Brian Daboll has proven to be. The increased usage of Daniel Jones on the ground has led to 28 carries for 169 yards (6.0 YPC) and two rushing touchdowns over the past two games (a playoff-clinching win in Week 17 and the Wild Card Round win), and the Eagles needing to respect Jones as a runner will only make it more likely that Saquon Barkley is able to slip through a crease. Also, you could feel the effort/belief from New York during last week’s victory over Minnesota, and Kayvon Thibodeaux might have a better idea of how to win on the edge after being erased by Philly in the regular season. Furthermore, it’s unclear just how healthy Jalen Hurts is after saying it’s something he’ll have to deal with despite not being listed on the injury report, and the Giants are a team that’s given him some problems over the past two years. All that being said, this is a game where New York lacking a big-time linebacker could be felt because of Hurts’ ability as a runner, and Wink Martindale’s defense having a fast “hunter” like Nakobe Dean (passed up three times by them on Day 2) might have made a difference.

I won’t get into the semantics of AFC seeding and homefield advantage following the Damar Hamlin situation other than to say Cincinnati’s anger about rules being changed actually shouldn’t even come into play until next week (if they win)—as the NFL going by the book would have made the seeding exactly what it turned out to be (except with no neutral site in the AFC Championship). Coming in with an edge to them isn’t a bad thing, though, and it might take even more grit than usual with the offensive line being severely undermanned due to injuries. The Bills not having Von Miller (knee) makes pass protection less than a concern than it otherwise would have been, so Buffalo needs a playoff breakout from Gregory Rousseau (who has been close to a non-factor in three career postseason games) to make sure the weakness is exposed. And when the pass rushers for the Bills do get home, they need to finish by coming in under control with Joe Burrow having the slipperiness to turn a “loss” up front into a back-breaking play for the opposition. There are also concerns about the Buffalo offensive line (seven sacks allowed against Miami), but Josh Allen seems to automatically be on fire in the postseason, and Isaiah McKenzie returning adds another element to the offense to win a possible shootout and set up the highly anticipated Bills-Chiefs rematch.

The classic NFC rivalry of Cowboys-49ers is a perfect way to end what many view as the season’s best weekend of football, and Dallas playing like they did against Tampa Bay should make Sunday evening a down-to-wire finish in a rematch of last year’s Wild Card Round (won by San Francisco, 23-17). Unlike last season, the Niners will have Christian McCaffrey to make them even more deadly on offense, and Brock Purdy will continue to pull rabbits out of his hat if—as stated for Joe Burrow—he’s not brought down when pass rushers get their hands on him. However, the Dallas defense seems to match up well with what Kyle Shanahan wants to attack, and I’d be wary of safety Malik Hooker or rookie cornerback DaRon Bland trying to jump a route between the numbers, including on a second-chance play. On the other side of the ball, Tony Pollard should see at least another 15-18 touches after he was an afterthought last postseason, and Dak Prescott should be feeling less pressure based on how well he played with a five-touchdown performance last week. Overall, the game may come down to the superstar pass rusher that’s able to make a play late between Micah Parsons and Nick Bosa, but I’m going with the Cowboys to set up a heated NFC East battle in the conference championship.