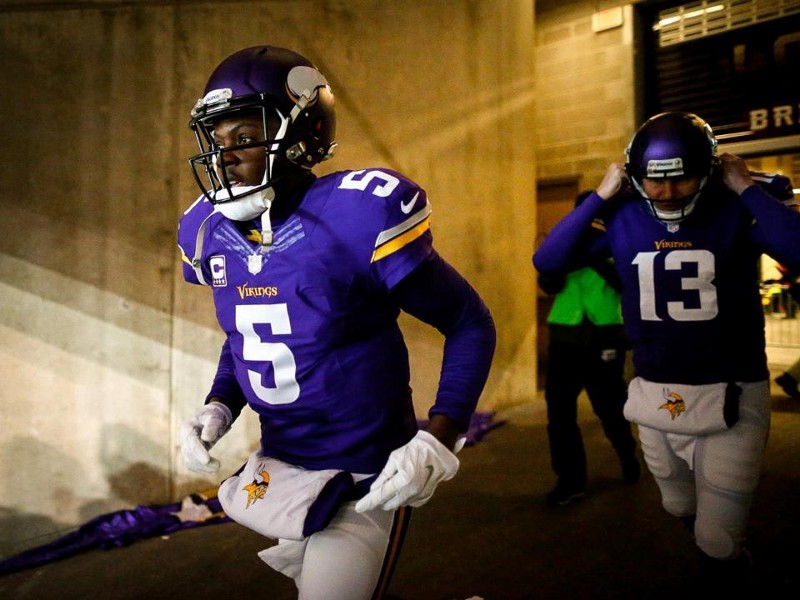 An Open Letter to Teddy Bridgewater

The whole football world was saddened when you went down this summer.

So when you suffered an injury that likely will wipe out your entire third season, all honorable football fans — even fans of rival teams — felt sorrow.

Players and peers, including Russell Wilson and Calvin Johnson, showed their support through Twitter. Other people, including coaches and executives, felt terrible. And you could see and hear the dejection Coach Zimmer felt for you.

This is no doubt a tough hand you’ve been dealt. The Vikings have put an excellent team around you, and you were definite NFC and Super Bowl contenders going into your third year. But the season may be over for you before it even started.

The injury you sustained, and the rehab you will have to go through, will not be easy. You will have doubters…but having doubters is nothing new to you.

People doubted you in the pre-draft process.

They doubted you for wearing gloves.

They doubted your arm strength.

They doubted your stature.

They doubted you even more after your Pro Day.

They also doubted you could beat Florida in the Sugar Bowl. But as 14.5 point underdogs against the Florida team with a defense that allowed under 15 points per game, you came up clutch. Despite being beat up throughout the game, you had a great performance, beat Florida by 10, and won the Sugar Bowl MVP.

Somehow, you dropped to #32 in the draft despite completing 71% of your passes in a Pro-style offense during your final season and turning Louisville into one of the best programs in the country while you were there, going 11–2 and 12–1 with two bowl wins (including the Sugar Bowl) in your final two seasons.

Despite the doubters, since being drafted you’ve done nothing to make the Vikings regret selecting you. You’ve shown a propensity for winning games dating back to your days at Louisville. You live up to your nickname “GUMP” (“Great Under Major Pressure”).

With this setback, you’ll be doubted again. But something tells me you’ll be “Great Under Major Pressure” and prove them wrong. Again.

Good luck, and we all are excited to see you back out on the field.