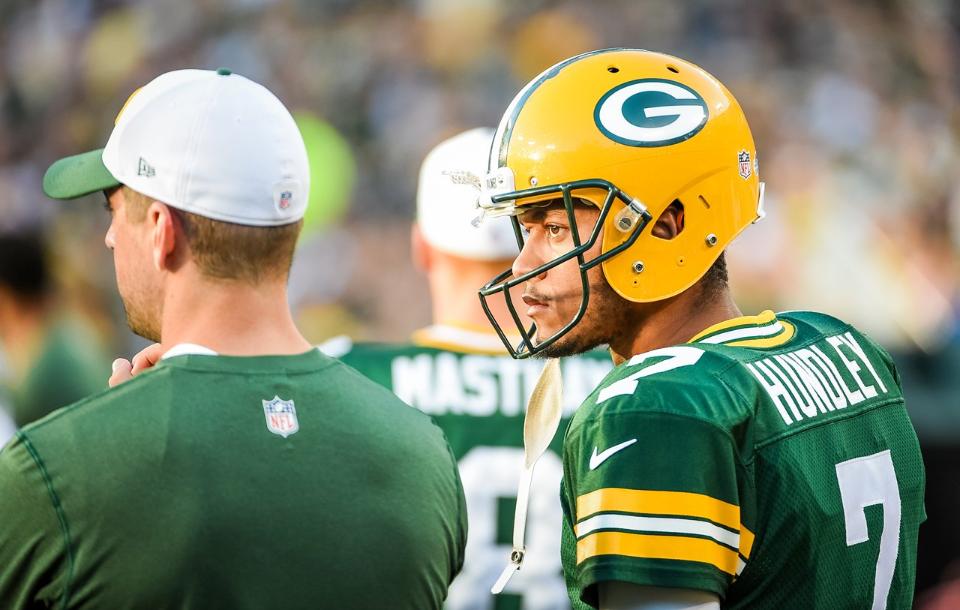 
Quarterback is the most important position in all of sports. If a team doesn’t have a top-level passer, it will be difficult to be a real Super Bowl contender. There is a perception around the league that there is a shortage of good professional quarterbacks, but I that is a little misleading; it’s all about finding the right one, and here are eight relatively cheap options that I would target if I were searching for a starting quarterback, including some things they need to improve upon. [Note: I am not in an NFL front office, so it’s difficult to evaluate the actual value of these guys around the league… For example, I know Jimmy Garoppolo is not going to come cheap, so he’s not on this list, but A.J. McCarron might be a realistic target]

A polarizing prospect coming out of Baylor in 2012, some people thought RGIII was going to be a better player than Andrew Luck, but others were skeptical of his transition into the league. I thought he was well worth the second overall pick by the Redskins (though I’m not sure about the draft capital spent to move up). After taking the NFL by storm as a rookie, Griffin has struggled with injuries, including last season with the Browns. Durability remains a concern, but I would be more than willing to take a chance on the former Rookie of the Year, as he has shown the ability to throw accurately and with touch, has a strong arm, goes through progressions, and can obviously make some plays out of the pocket.

I was shocked that Hundley lasted until the fifth round in 2015, but he quickly made people rethink their evaluations after dominating in the preseason his rookie year, throwing for 630 yards with a 7:1 touchdown-interceptions ratio. It wasn’t all “garbage time” either, as his lone exhibition start came against the Eagles—in the third preseason game, so the starters were playing—and he completed 22/31 passes for 315 yards, two touchdowns, and one interception. The next week, he completed 16/23 for 236 yards and four scores. Hundley looked like Dak Prescott did after Tony Romo went down last August, and the two share a lot of the same traits that make Hundley a guy teams are likely already targeting when he becomes a free agent. Learning behind Aaron Rodgers has been a huge plus for the 24-year-old.

The only projected starter on this list, Kessler is in a three-way competition with Brock Osweiler and second-round pick DeShone Kizer for the starting job in Cleveland. Head coach Hue Jackson has named Kessler as the frontrunner and given him the opportunity to get first-team reps at the start of camp, but they seem to be bullish on Kizer, so it might only be a matter of time before the rookie takes over. The Browns surprised everyone when they selected Kessler in the third round last year (many “experts” thought he would be a late-round pick or go undrafted), but he showed well in eight starts a season ago; the former USC star had just two interceptions and one lost fumble in nine total appearances, and he will hopefully get a chance behind Cleveland’s improved offensive line.

Had Johnny Manziel been able to keep his head on straight, the Browns probably wouldn’t have needed to spend a Day 2 pick on quarterback in each of the past two years. When on the field in 2014 and 2015, the man formerly known as “Johnny Football” showed flashes of the spectacular play that earned him the nickname at College Station, but he became more worried about his off-the-field life and less worried about being the best NFL quarterback he could be. Manziel should still have the game-breaking talent at just 24-years-old, but an NFL team needs to be comfortable with what’s between the ears before taking a chance on him as the quarterback of the future. It’s unfair to make a full character evaluation without a meeting, but I would give Manziel a shot to at least interview and workout if I were an NFL team searching for the quarterback of the future.

Areas of improvement: Decision-making (on and off the field)

I think it’s safe to say that McCarron is the most-valued player on this list, and I’m not exactly sure if he’s a “bargain bin” candidate, but it’d be worth a call to gauge his value. Andy Dalton has put up some nice numbers throughout his career, but if the Bengals aren’t able to win a playoff game for the first time in soon-to-be-27 years this season, it might be time to see what McCarron can do—especially after the team added Joe Mixon and John Ross to the offense. The two-time national champion at Alabama almost won a playoff game in his second season with Cincinnati, providing some clutch play in the 4th quarter after being down 15-0, but a late field goal by the Steelers gave them a controversial 18-16 victory.

Armchair quarterbacks love to criticize Sanchez, but how many of them have been to two AFC Championship games? Yes, he had made some questionable decisions—especially in recent years—but the former first-round pick is 4-2 in the postseason, with a 9:3 touchdown-interception ratio and wins over Tom Brady, Peyton Manning, and Philip Rivers. Sanchez did not look great by any means in 2015 with Philadelphia during his last stint of extended playing time, but if he is able to regain the confidence he had early in his career and cut down on the turnovers, Sanchez could be a capable starter; he isn’t too far removed from a handful of 300-yard games in 2014 with those same Chip Kelly Eagles.

We’ve already had three Browns on the list, and with Geno and the next guy, we’ll have three Jets, too. That goes to show that the environment surrounding a player has a lot to do with their development as a professional, particularly at this position. Smith’s career was derailed when he was punched in the face by a teammate before the 2015 season, and it couldn’t have happened at a worse time, as he finished the previous season strong by completing 65% of his passes for over 250 yards a game and a 6:2 touchdown-interception ratio over the final four games. Now with Ben McAdoo and the Giants, Smith easily has the best offensive support system around him since entering the league. I wouldn’t be surprised if he turned into Eli Manning’s heir apparent after learning behind him for a couple years.

He had a brief run with the Jets and training camp auditions with the Patriots and Eagles, but I am still waiting for Tebow to get a legitimate chance at being a starting quarterback again. Bill Belichick (New England) and Philadelphia (Chip Kelly) obviously saw enough in the former first-round pick that they gave him a chance to showcase his talents, but both franchises had established starters; why teams that are seemingly drafting a quarterback every spring don’t give Tebow a chance is beyond me. The 2011 season was the only time Tebow started the majority of his team’s games, and he turned a 1-5 Denver squad (before he was starting) into a playoff winner thanks to his all-to-often, late-game heroics. Not only did Tebow lead the Broncos to a 7-4 record down the stretch to get them into the postseason, but he then beat the Steelers in overtime 29-23 with the Mile High Miracle. The only reason he lost his job that offseason was because a guy named Peyton Manning became a free agent, but it would have been fun to see what Tebow could have done with an emerging Denver team that eventually won a Super Bowl.