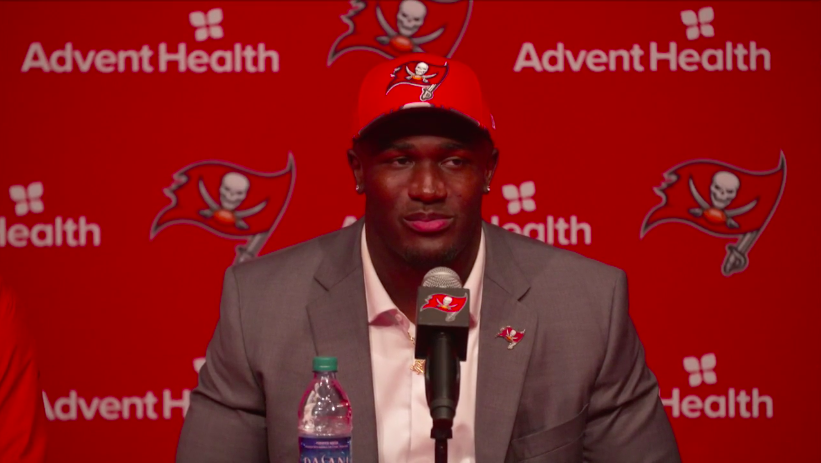 Best Bets On Early 2019 NFL Rookie Of The Year Odds


This year’s crop of rookies have found a new home after the 2019 NFL Draft, and bettors now have a clearer picture of the Rookie of the Year candidates. Listed below are the best bets (in order, with odds via My Bookie) for the award on both sides of the ball. [We do not recommended sports gambling, but if you’re going to do it, you might as well win… Fantasy Consigliere is an offer you can’t refuse with a success rate of over 60% on our recommended against-the-spread game picks last season]

NFL Offensive Rookie of the Year

We knew Kliff Kingsbury was going to bring a pass-happy offensive system to the desert, but I don’t think people are quite ready for how much the Cardinals will be throwing this fall. The team already had future Hall of Famer Larry Fitzgerald and 2018 second-round pick Christian Kirk on the roster, so the additions of Andy Isabella (No. 62 overall) and Hakeem Butler (No. 103 overall) is almost overkill for an offense that will probably have those receivers and superstar runner David Johnson as the base personnel. It should be noted that the Kingsbury-Murray pairing has the downside of a train wreck, but it could also lead to 4,000 yards and 30 scores for the No. 1 overall pick, which would almost guarantee the award is his.

He was in a heavy rotation at Alabama, but Jacobs has a three-down skillset and projects to be featured immediately in Jon Gruden’s offense. It’s rare to have a 220-pound back that can catch passes and hold up in protection, so I don’t think the Raiders will be easing Jacobs in for a team that’s ready to compete after trading for Antonio Brown and signing Tyrell Williams—both of whom will help create softer boxes for the rookie runner. The main concern here is that we don’t know how Jacobs—who had just three games with 15+ carries for the Crimson Tide—will handle a heavy workload.

This might be the safe pick of the 2019 class, as Sanders is simply a steady back on an explosive offense, and the Eagles probably won’t hesitate to give him touches considering the second-round price tag they paid for him. As long as fumbles aren’t an issue (he lost seven in three years at Penn State), Sanders should at least be in contention for the award as a threat for 1,000 yards and double-digit scores behind one of the league’s top offensive lines. Putting down $100 now could be a huge bargain.

Can the reigning Big Ten Offensive Player of the Year keep the momentum of a 50-touchdown campaign in his lone season as a college starter going at the next level? Haskins has the second-best odds behind just Kyler Murray, but I would be a little hesitant to put money down because a) he isn’t assured of the starting job, and b) the Redskins will have a run-first offense led by Adrian Peterson, Derrius Guice, and Bryce Love—potentially leading to suppressed numbers. And even if Washington surprises as a contender (because team success should be a serious factor), it probably won’t be by getting in weekly shootouts.

I thought David Montgomery was worth an early second-round pick as a determined runner with elite vision and patience, but he was available for the Bears when they were first on the clock at pick No. 73, so the team basically had a feature back fall into their laps. Tarik Cohen (and Mike Davis) will remain involved, but Montgomery can be a versatile workhorse for Matt Nagy. Plus, similar to Josh Jacobs, he will benefit from lighter boxes because Chicago has plenty of weapons on the perimeter.

New England probably targeted Harry at the end of the first round because he can make plays underneath just as easily as he can win in one-on-one coverage downfield, and it will be exciting to see him utilized in a significant role. My comparison for the former Arizona State star was a bigger, souped-up Jarvis Landry because of his crafty run-after-catch ability and strength. If Josh Gordon is unable to get on the field, +1800 would look even better than it does now.

Effectively replacing an all-world talent like Tyreek Hill isn’t going to happen overnight, but in terms of role, Hardman will likely step right into the shoes of a guy that caught 87 passes for 1,479 yards and 12 touchdowns in Patrick Mahomes’ first season under center. I would expect Sammy Watkins to become the new focal-point of the passing attack, but Hardman will get plenty of opportunities to put up big-time numbers for the Super Bowl hopefuls.

While he wasn’t even a top-50 pick, I thought Brown was the best non-quarterback offensive player in the 2019 NFL Draft, and it wouldn’t be surprising to see him emerge as Marcus Mariota’s top target as a rookie. The thing holding Brown back is that the Titans are a run-first offense with Corey Davis and Adam Humphries also needing balls in their direction, but I like to bet on talent winning out.

NFL Defensive Rookie of the Year

The 49ers are hoping to jump into playoff contention coming off another disappointing season, and Bosa potentially being viewed as a big reason for any turnaround would certainly help his case here. Overall, I think Joey’s younger brother—who recorded 29.0 tackles for loss in 29 games at Ohio State—is perhaps the safest option to put money on for either side of the ball, as he’s an immediate threat for double-digit sacks in a competitive NFC West.

We saw Darius Leonard rack up 163 tackles, 7.0 sacks, and two interceptions on his way to winning NFL Defensive Rookie of the Year last season, and White will hope to be the heartbeat of Tampa Bay’s defense in a similar manner this year. No one had more combined tackles in the SEC over the past two years than White, so he will hope to lift the Buccaneers into the playoffs like Leonard did with the Colts.

It’s been five years since an interior defensive lineman won Rookie of the Year (Aaron Donald in 2014), but Williams has the potential—especially in Gregg Williams’ defense—to be the next. New York did well to add Jachai Polite in the third round as a slippery edge defender that can take some pressure off Quinnen and Leonard Williams up the middle.

Had the Giants pulled the trigger on Allen with the No. 6 pick like many expected, he would probably be best bet on the board. In Jacksonville, though, he gets a slight knock simply because the defense is loaded, and he might be asked to play linebacker on early downs, which would limit the sack potential. That said, Allen is a special talent that should thrive in any role the team has in mind for him.

I wasn’t very high on Bush as a prospect compared to most in the media, but I said throughout the process that Pittsburgh was a perfect landing spot for him, so he will hopefully live up to his draft status as an explosive, do-it-all cog in the middle of the Steelers defense. Bush has the ability to record 100+ tackles and at least five sacks for a Pittsburgh team that I think will get retake the AFC North crown.

Wins are really the only way to measure how culture has a positive impact on a team, so the better Oakland plays, the more likely Ferrell is able to prove general manager Mike Mayock right for selecting him fourth overall by taking home DROY. Even if he doesn’t record double-digit sacks, Ferrell will be an elite run-stopper as an ideal compliment to 2018 third-round pick Arden Key.

Cornerbacks seem to be a little underappreciated in award races, but the schedule appears to break in Baker’s favor. First, he will have an opportunity to jump out of the gates quickly if he can contain Amari Cooper in the season opener, and later in the year, the Giants will take on Alshon Jeffery and the Eagles twice in December for a potential closing argument. Baker has plus ball skills and didn’t allow a touchdown in either of the past two years at Georgia.

If Buffalo is able to get back in the postseason, Oliver should have a very strong case for the award as a terror on the defensive line, and there shouldn’t be much pressure on him because the defense isn’t lacking for stars with Tre’Davious White and Tremaine Edmunds already on the roster. His production dipped every year at Houston, but Oliver walked on campus and recorded 22.0 tackles for loss as a true freshman. We’ll see if he can have a similar impact for the Bills.