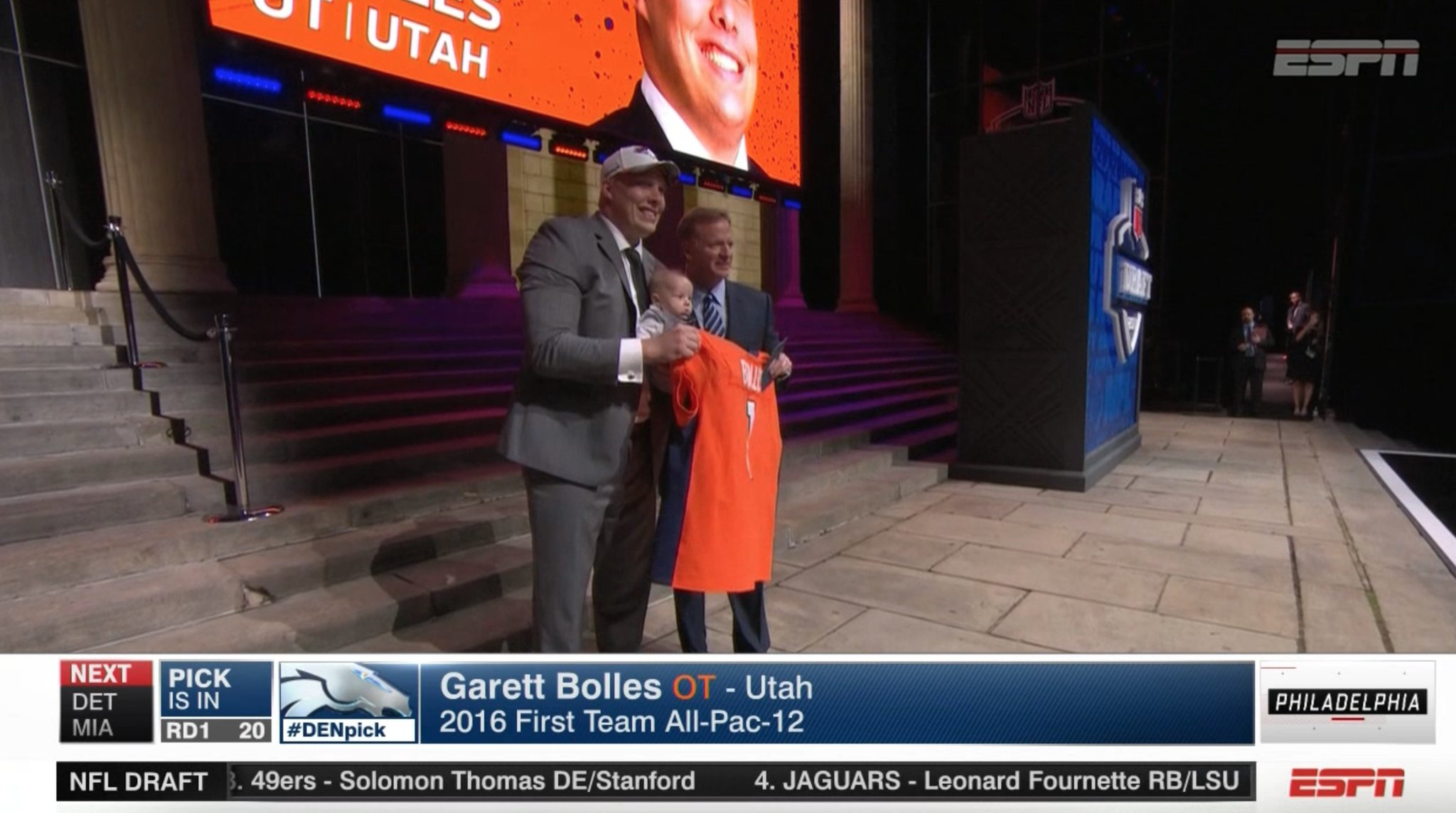 Best Moments From The First Night Of The 2017 NFL Draft


The first round of the 2017 NFL Draft was a memorable one. We had three crazy trade-ups for quarterbacks Mitchell Trubisky, Patrick Mahomes II, and Deshaun Watson, along with Alabama players shockingly falling to the second half of the first round. What were the best moments from the first night of the draft?

Philadelphia was crazy, but not too crazy.

By all accounts, the draft has been a big hit in Philadelphia so far. The night started with loud boos reigning down on Roger Goodel all throughout his introduction to kick off the draft. Nothing too outrageous occurred that (we know of), but it was quite the environment.

Draft never has been this raucous – ever. Not even close. Philadelphia bringing it.

Not to overkill the point but never witnessed a scene at the #NFLDraft2017 like here pic.twitter.com/DJ23yFPFwJ

While the crowd was very loud and energized all night, it was great to hear complete silence while Franco Harris and Jerome Bettis honored the late Dan Rooney before the Steelers’ pick.

The Philadelphia Art Museum was turned into quite the draft spectacle, and the league should strongly consider future drafts in Philadelphia.

Takkarist McKinley honored his grandmother after he was drafted.

McKinley has not had it easy.

Quite life turnaround for Takk McKinley: Overslept at Cal recruiting visit b/c he hadn't slept in bed in months. Now, first-round pick.

Raised by his grandmother, he made a promise before she died that he would play Division I football and play in the NFL. Well, he continued his promise last night when the Falcons selected him 26th overall. McKinley was very emotional after the selection, and he brought a picture of his grandmother on stage with him.

"I love you grandma, it's only the beginning" – @Takk pic.twitter.com/6oheezHW6U

Garett Bolles brought his baby on stage with him.

25-years-old and married with a baby, Bolles is one of the oldest players to ever get drafted in the first round. He decided to make his draft moment be a family affair, bring his baby, Kingston, on stage with him.

They even wore matching attire.

👶 on the #NFLDraft Red Carpet?
YUP.

It’s not secret Deshaun Watson has gone through a lot. He was raised by Deann, a single mother, and the family didn’t have their own house until Watson was 11-years-old and the Habitat for Humanity, led by former Falcons running back Warrick Dunn, gave them a home.

When Watson was a sophomore in high school, Deann was diagnosed with tongue cancer and lost her tongue, which makes it difficult to speak. It simply hasn’t been easy for Watson and Deann, but they persevered throughout everything and Watson went on to have one of the greatest college careers of all-time and get drafted 12th overall by the Houston Texans last night.

After he was drafted, he was given a letter from his mom in perhaps the most emotional moment of the night.

Incredible moment.@DeshaunWatson4 is brought to tears as he reads a letter from his mom. #NFLDraft pic.twitter.com/8Z0QMTfuxT