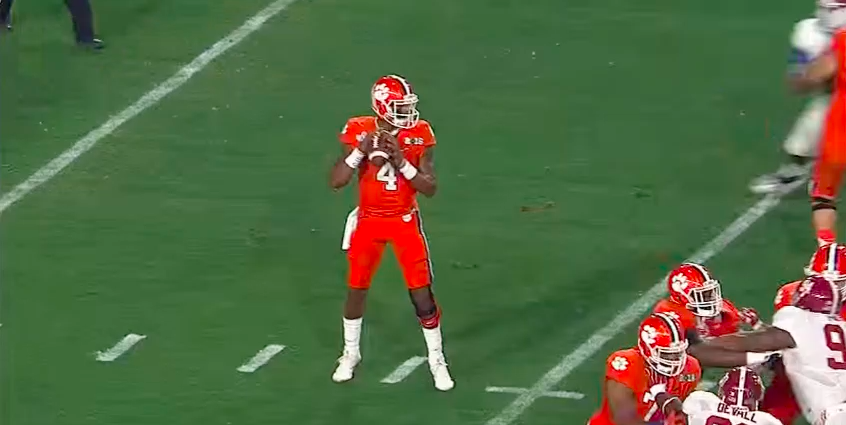 
Where will Deshaun Watson land in next year's draft after he concludes his Clemson career in the College Football Playoffs?

There is a chance Jay Cutler remains in Chicago for 2017 if the team decides there are no better options out there, but Watson could turn the Bears into a winner again. Chicago has their running back of the future in rookie Jordan Howard, a good offensive line, and some solid players on defense for head coach John Fox. Drafting Watson and adding some playmakers on the outside would be great for the Bears.

The Browns had the perfect Christmas this year, as they got their first win of the season, and the 49ers also won, leaving Cleveland with the #1 pick if they lose in Week 17. There has been talk of them wanting Texas A&M pass-rusher and #1 overall prospect Myles Garrett, but the Browns also have Philadelphia’s first round pick. Watson would probably like to go someplace other than Cleveland, and Cody Kessler could be the answer for the Browns, so Cleveland is just #4 on the landing spots.

No one really knows what is going to happen with the Jaguars this offseason, but if given the choice, the new head coach might want to move on from Blake Bortles since he badly regressed. Jacksonville has a ton of young talent on defense, a couple solid backs, and Allen Robinson and Marqise Lee at wideout; if there are no offensive linemen worth drafting with a high first round pick, why not pull the trigger on a quarterback (and one that is a winner, at that)?

Would the Broncos draft a quarterback in the first round for the second consecutive year? If John Elway loves Watson and hasn’t liked what he’s seen out of Paxton Lynch, they could. Denver obviously has a championship defense, and Elway doesn’t want to waste their prime by having a weakness at quarterback. This would only happen if Watson falls in the draft, which could be the case if the television scouts are right about there being no first round passers (I would take Watson at the top of the draft in a heartbeat).

Chip Kelly and Deshaun Watson is a match made in heaven. Kelly should get his chance at whatever quarterback he wants if Trent Baalke is fired and Tom Gamble takes over in the front office, as Kelly and Gamble were together in Philadelphia. If so, he might view Watson as the perfect fit in his offense. There is a misconception that the former Oregon head coach runs a “college offense” that doesn’t work in the NFL, but that is simply not true, as Kelly is perhaps the best in the league at scheming guys open. Even one of the best defensive minds in football complemented the offense this summer:

Chip Kelly does an amazing job with his offense. Without game planning and even with planning his offense can present a lot of problems

Kelly wants someone that will deliver the football accurately and on-time, which is exactly what Clemson’s quarterback does; his running ability will just take the offense to the next level.