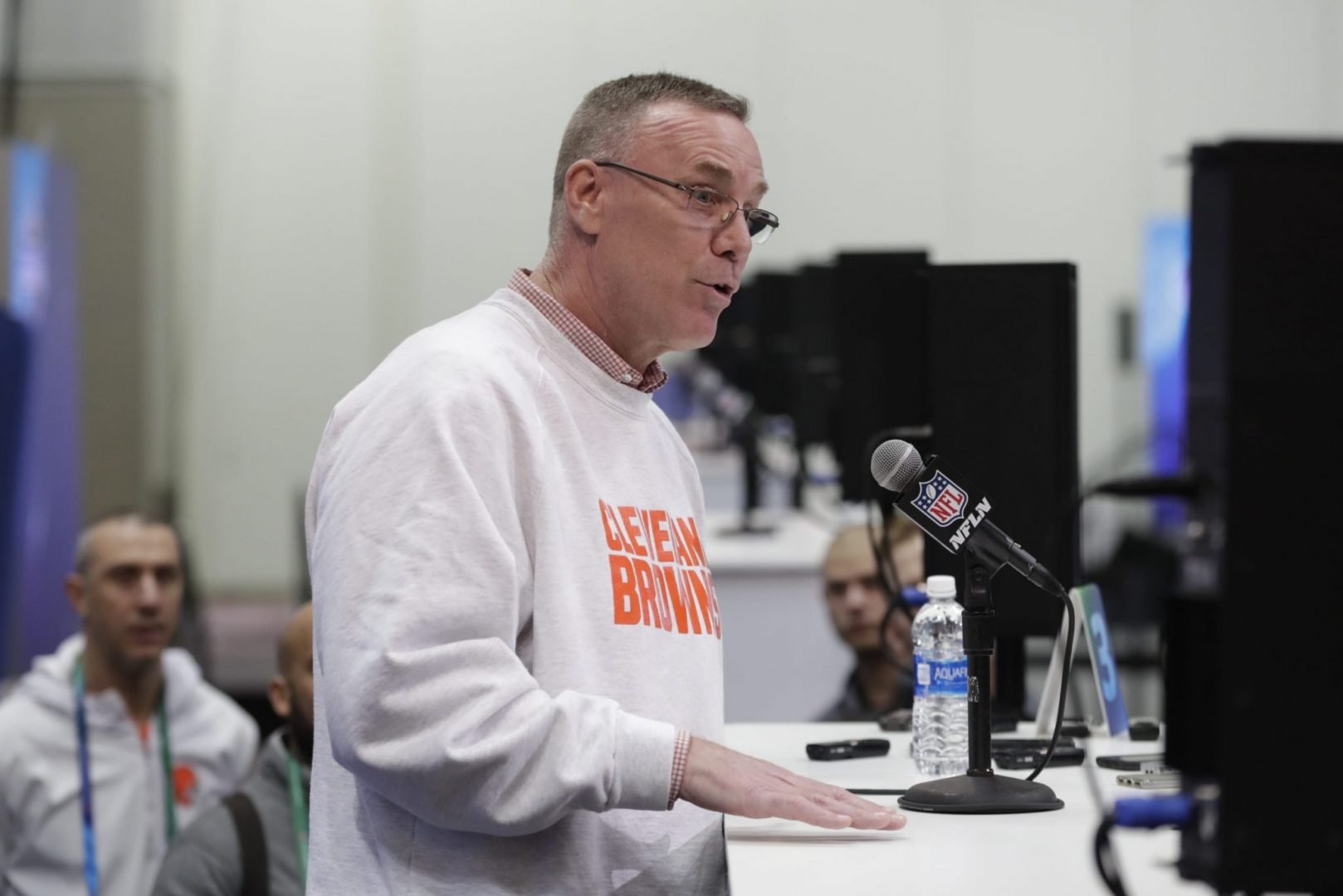 
Dozens of NFL executives, agents, and media members will be in Indianapolis for this year’s NFL Combine, and plenty of reports will emerge during and after this weekend. The new league year and free agency will begin on March 14 at 4:00 PM ET, and many reporters are going to hope to get the best “scoops,” whether it be reporting the news of a big signing or trade first, or just reporting interest from teams in certain players.

For many reporters in today’s day and age, accuracy has become less important. If someone reports a rumor or a story and presents it as fact, there are no repercussions for getting it wrong, so many will gladly take the clicks and RTs of an inaccurate or fabricated story.

People trying to make a name for themselves by conjuring stories, predicting some of the most likely scenarios and “reporting” it with a source is not the focus of this—though you should beware of simply assuming something as fact because you read someone with a blue checkmark on Twitter say it.

The focus of this is on smokescreens being set up and placed by savvy executives and agents trying to help their team or client.

Agents are mostly going to do what is best for their client, so some might get in the ears of reporters and claim several teams will bid hard in free agency, attempting to drive up the price of a potential deal for the player (and, of course, more for the agent himself). So if you hear, “Team X” or multiple teams are very interested in a certain player, don’t be so sure about it.

For executives, they could do a number of different things to shield their true intentions in free agency or the draft. One tactic, though it could be done by scouts on their own, is getting scouts to put out concerns about a particular prospect, with the hope of that possibly making other teams less interested. On the flip side, they could also heap praise on a particular prospect they don’t love, with the hope that other teams might trade up above them to select the player, allowing someone they really want to fall.

There’s also the talk near the top of the draft, which happens every single year. You’ll probably see many different reports saying the Browns will take Sam Darnold/Saquon Barkley/a quarterback/trade the pick, the Giants are or are not drafting a quarterback, the Broncos and Jets love Darnold/Baker Mayfield/Josh Rosen/Josh Allen, the Cardinals and are going to trade up for a quarterback. No matter what it’s about, most people love a juicy rumor, and a lot of people want to believe NFL Draft rumors when they hear them. But typically, no one really knows what’s going to happen until selections are actually made and trades actually go down.

When it comes to free agency, agents probably have more incentive to float things out there to reporters, but teams can also put out misdirection. A team might put out reports that they are not interested in signing a particular player, thus potentially driving the offers from other teams down for that player with the hope of swooping in and signing them.

Not to say the Vikings will be a team using the media to float false rumors, but we’ll use them as an example. If they want to keep Case Keenum, Sam Bradford, or Teddy Bridgewater, maybe they could leak that they are interested in signing Kirk Cousins to get Keenum, Bradford, or Bridgewater cheaper.

There are many different ways teams (smokescreens), agents (driving up the price of their clients), and media members (trying to make a name for themselves) utilize the media for their own advantage. The fact is you need to be careful of what you read, and do not take every rumor as genuine. Especially at this time of year.