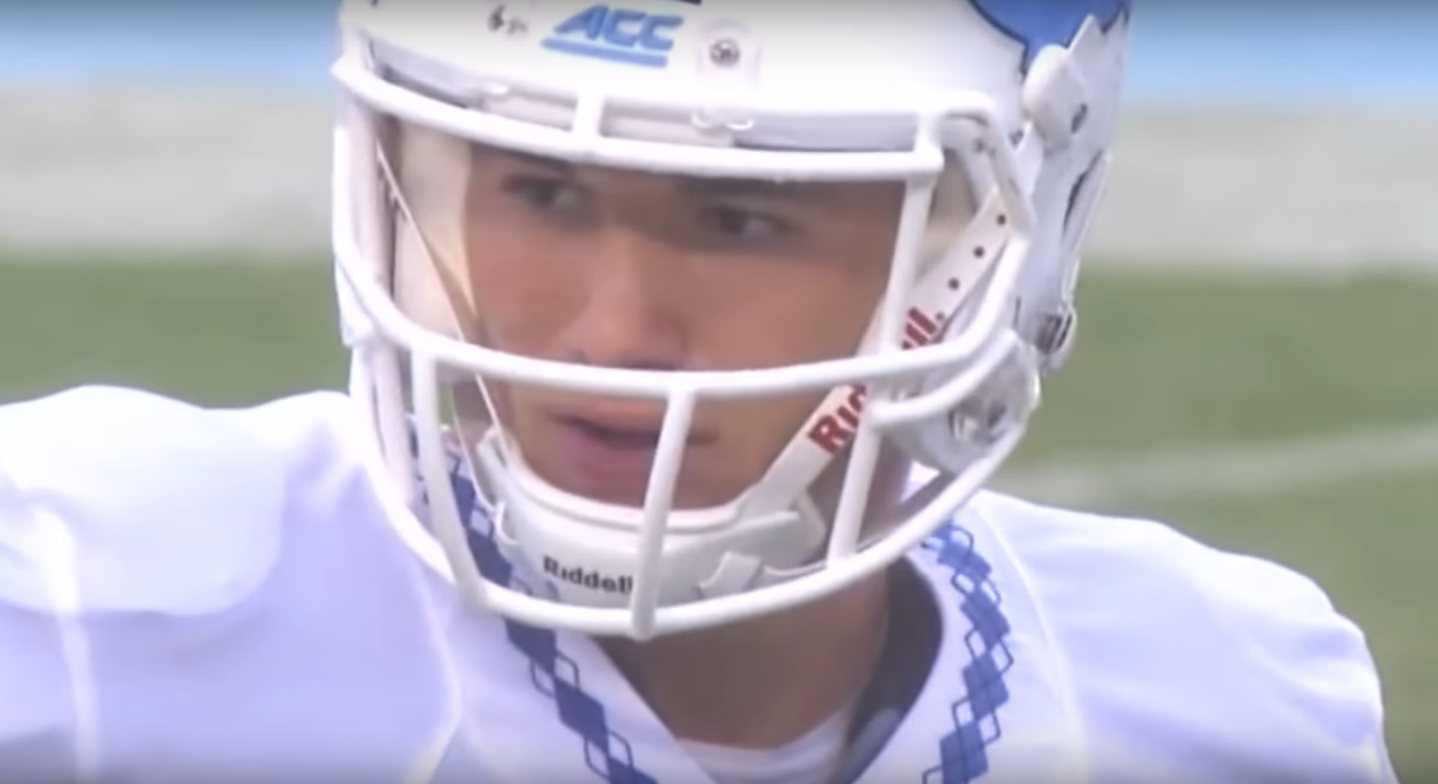 Bold Predictions For Round 1 Of The 2017 NFL Draft


NFL Draft is finally here. Soon enough, the Browns will officially be on the clock with the first overall pick. The crazy unpredictability adds to the excitement for NFL fans while they see their teams making generational picks or epic busts. Here are five bold predictions for Round 1 of the 2017 NFL Draft.

Browns won’t shock anyone by taking edge rusher Myles Garrett out of Texas A&M with the first pick. However, almost immediately after, Browns will take a massive shot by trading up from 12 to 5 to take UNC’s Mitchell Trubisky. Titans currently sit at 5 and have made it clear they are open for shop. With no second-round picks and a later first-round pick at 18, Titans will be glad to take the 12th pick, a 2nd round pick (#33), and a 4th rounder (#108) from a desperate Cleveland Browns, who have been waiting two decades for their franchise QB.

Deshaun Watson will be the third QB taken in the first round, last player in the Green Room for the round

In an uncharacteristic situation, quarterback Deshaun Watson with head coach Dabo Swinney are the last left in the Green Room at the NFL Draft. The Pittsburgh Steelers, coming off a retirement scare from Big Ben this offseason, pounce on the opportunity to add a dynamic playmaker at quarterback to sit and learn behind the future Hall-of-Famer. The Steelers capitalize on the opportunity left behind by the teams passing on Watson, and like the Browns going with Trubisky and the Texans selecting the cannon-armed Patrick Mahomes II.

Fournette falls to the Panthers at 8

In a delightful surprise, Leonard Fournette, running back from LSU, falls beautifully to the Carolina Panthers. A perfect fit for the rushing offense, Carolina adds much needed help in the backfield for Cam Newton. Despite the rave in pre-draft analysis for running backs, only two go in the first round; Fournette at 8, and Stanford running back Christian McCaffrey at 19 to the Bucs.

In a big draft for defenses, four defensive lineman get taken early. With Myles Garrett at 1 and defensive end Solomon Thomas from Stanford at 2 to the 49ers, New York Jets add a potent playmaker in Derek Barnett from Tennessee to pair next to Leonard Williams. Despite questions of his shoulder, Bama defensive lineman Jonathan Allen gets scooped up by the Bills at 10.

With no receiver taken in the top 10, Mike Williams, Corey Davis, and John Ross wait for receiver needy teams in the middle of the pack to be drafted. However, Saints can’t resist adding to their offensive playmakers by taking tight end OJ Howard at 11, and the Titans pass at the opportunity at adding a primary receiver and look to add defensive presence with a vital linebacker in Haason Reddick and look to add a defensive back after recently cutting corner Jason McCourty. Eagles also bypass a receiver after adding Torrey Smith and Alshon Jeffery this offseason. The Ravens, after losing Steve Smith this offseason, are in a dire need of a wide out. With all the receivers still available, Ravens steal electric playmaker Mike Williams from Clemson who will give Joe Flacco the best threat of his career. With no teams desperate for a wide receiver after the Ravens, Corey Davis and John Ross both slip into Day 2.