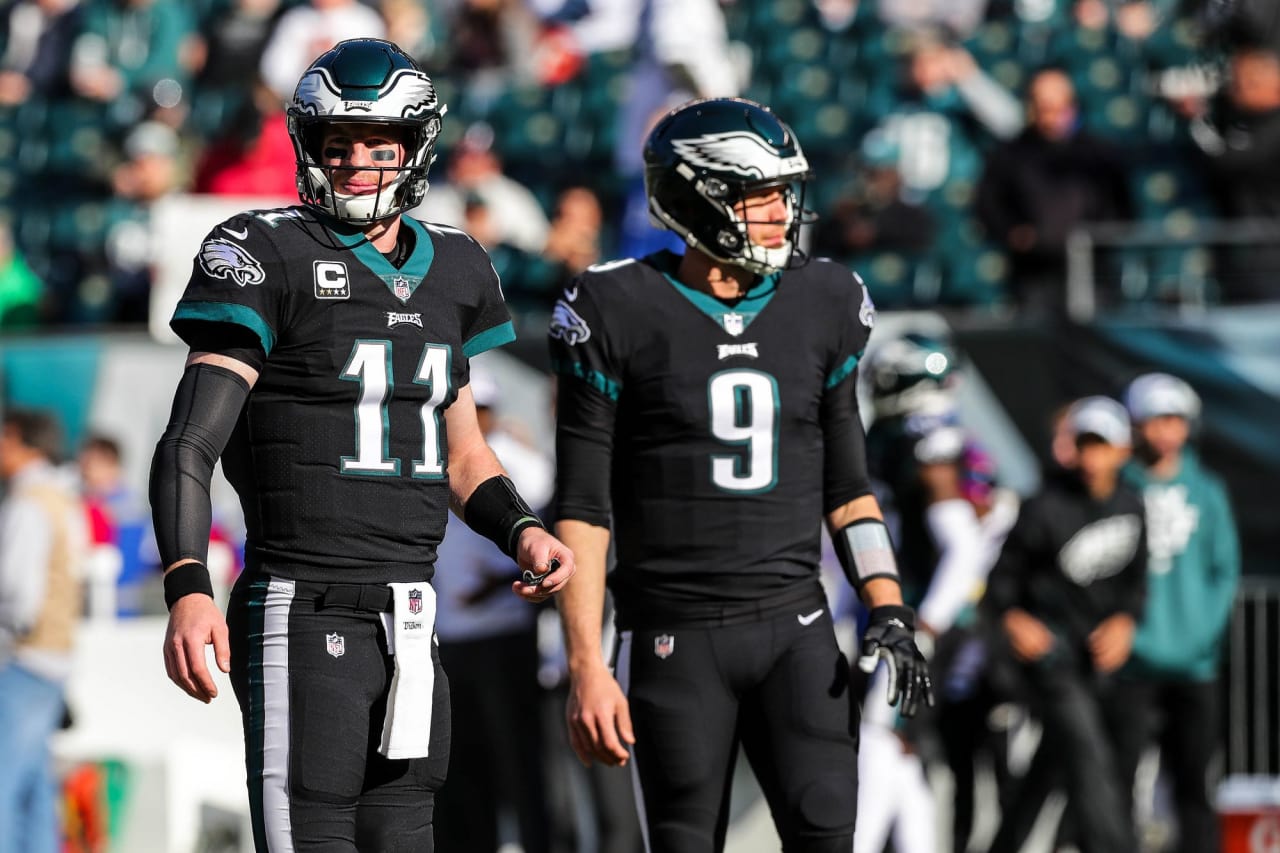 Breaking Down The Eagles’ 2019 Quarterback Situation


The 2018 season magic is unfortunately over for Nick Foles and the Eagles, and now the franchise has a decision to make at quarterback. There are four main options, and a fifth that no one is talking about which Philadelphia would be wise to have already considered.

The obvious downside here is a sub-par 2019 season bringing up serious questions about Wentz as the face of the franchise, as that would mean he followed up a 5-6 record in 2018 with a record at or below .500 next year. Anyone who doesn’t think that would create tension in and out of the building—considering Foles is 10-3 (including 4-1 in the playoffs) for his second stint with the team—is fooling themselves. Even some early-season struggles where Wentz continues locking onto Zach Ertz might cause Alshon Jeffery and others to yearn for the days they had Foles distributing passes. To potentially make matters worse, Foles could easily end up with the Giants or Redskins (depending on Alex Smith’s health) in an absolute worst-case scenario, but the first option sounds like the most likely outcome.

This is reportedly something Philadelphia plans to sell Nick Foles on, but I think it’s almost insulting to the guy that brought the franchise their first ever Super Bowl. Why would Foles—who has a mutual option—negatively impact his new team by forcing them to provide draft picks to the Eagles as compensation? I would be shocked if Foles agreed to such an arrangement, but I guess like Tessio in The Godfather, it can’t hurt to ask.

The chances of both Carson Wentz and Nick Foles being on the roster next season are slim-to-none, but perhaps Foles will pickup his $20 million option not to facilitate a trade, but to simply stay in Philadelphia for one more season if that’s where his heart is. There are definite reasons this won’t happen—cap situation for the Eagles, upcoming 2020 quarterback class creating fewer landing spots for Foles in two years, and the added pressure on Wentz with an atypical backup behind him—but you never know.

Trading Carson Wentz might be sacrilege to some fans, but the Eagles need to strongly consider it. Taking play style and durability into account, Wentz (26) and Nick Foles (29) are basically the same age in football years, and the reigning Super Bowl MVP can give the franchise some much-needed cap relief by signing something like a five-year, $100-million deal; Wentz, on the other hand, likely can and would command a record-breaking deal, which takes away a competitive advantage for Philly. Of course, besides Foles arguably being a better fit under center, the team would get a treasure chest of draft picks in return for Wentz to help rebuild an aging core.

Basically, the Eagles would need to play hard ball a bit here with Carson Wentz by trying to convince him to sign a team-friendly, long-term deal similar to what Tom Brady does in New England. I think Wentz—who badly wants to win a championship and knows there are things more important than money—could be sold on this, but if he isn’t, they can tell him Foles is cheaper and proven in the playoffs. There is zero reason to believe Howie Roseman can build a team through the draft, so this “nuclear option” would a) let Philly continue acquiring talent through free agency/trades, and b) keep Wentz as the franchise savior Roseman spent draft capital on to select in 2016.