Home / frontnfl / Breaking Down The Potential Destinations For Richard Sherman 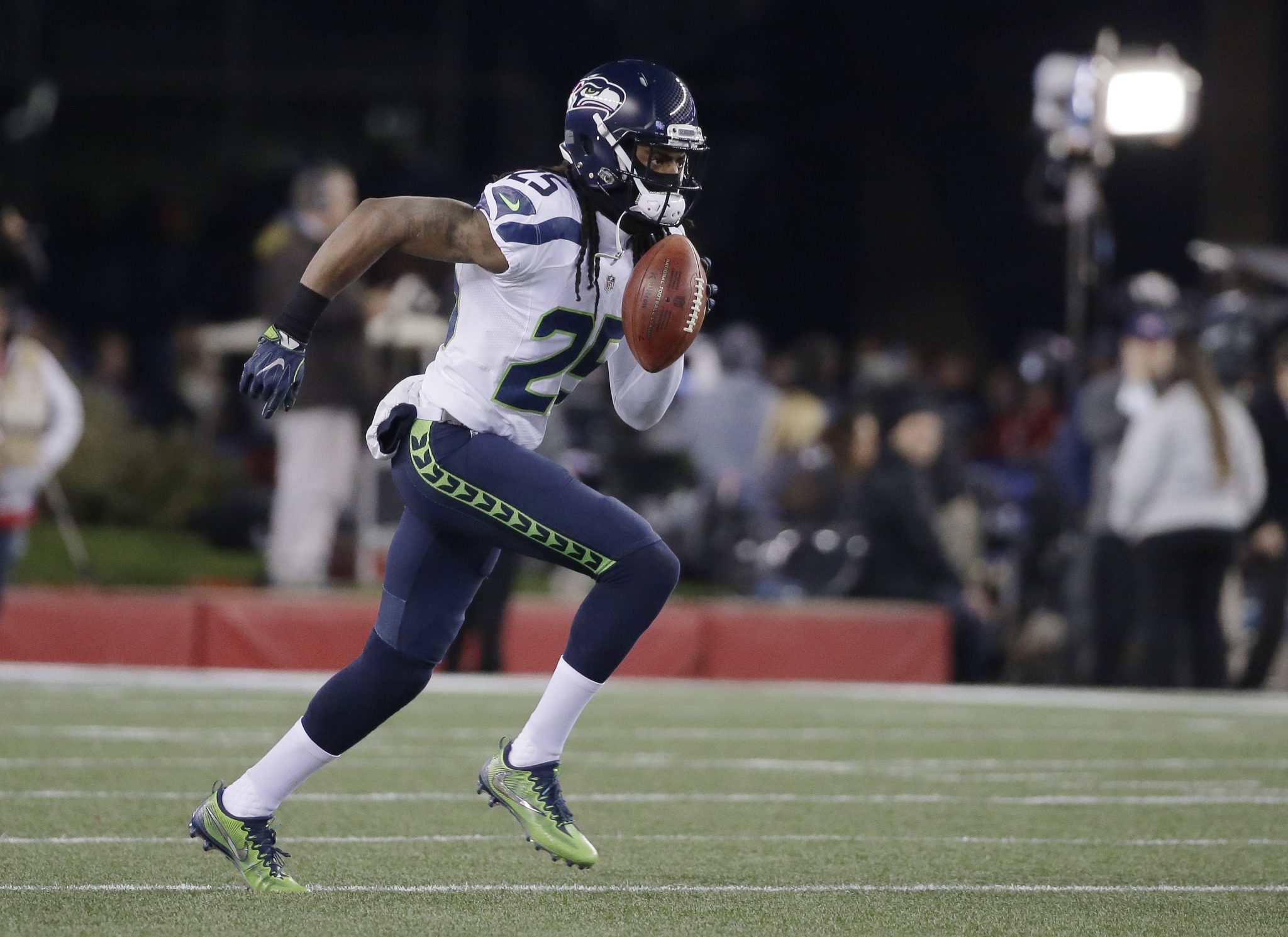 Breaking Down The Potential Destinations For Richard Sherman


After a stellar seven years in Seattle in which he was named an All-Pro four times (First Team three times) and helped win the franchise’s first Super Bowl, the Seahawks released cornerback Richard Sherman today. While Sherman, who will be 30 later this month, might not be in his prime (when testing his side of the field in Seattle’s Cover 3 defense basically meant the pass had a better chance of being intercepted than it did landing in your receiver’s hands), he can obviously still contribute as a top-ten corner in the league. Sherman will likely have a ton of suitors, and these teams could be his most likely landing spots.

Right when it became known that Richard Sherman might be on his way out of Seattle, people started connecting the dots and anticipating the Patriots would be the team most in on him. I don’t think Bill Belichick and New England will offer him a huge contract to join their AFC dynasty, but Sherman is probably intrigued by the chances of playing for the team that gives him the best shot to get back to the Super Bowl. With Malcolm Butler on his way out, Sherman would form a long and athletic tandem with Stephon Gilmore on the outside, and Eric Rowe could man the slot position.

Jon Gruden didn’t get back into coaching to go 8-8. The Raiders to have some young corners like Gareon Conley they are expecting big things from, but adding Sherman would solidify the group in a conference that has quarterbacks like Tom Brady, Philip Rivers, and Ben Roethlisberger slinging the ball around. Also, Oakland is close to where Sherman went to college at Stanford.

Last season, the Texans struggled at the cornerback position and probably missed A.J. Bouye, who went to the Jaguars in free agency. Houston gave up a lot of plays deep down the field and gave up a league-high 8.0 yards per attempt. With his length, Richard Sherman is one of the best corners in the league at defending the deep ball, so he’d instantly give them a big upgrade there. Also, Sherman was a huge fan of Deshaun Watson when he played against him last season and Watson lit up Seattle’s secondary. There is no doubt Sherman would be confident in joining the team with the young franchise quarterback.

Currently, the Cardinals don’t have a franchise quarterback, so Sherman might not strongly consider them if they don’t get one. However, he could take a bit to sign, and Arizona is looking for their guy in free agency and/or the draft. Teaming up with fellow All-Pro Patrick Peterson and defensive-minded head coach Steve Wilks—along with being able to play Seattle twice a year—could all appeal to Sherman.

The Niners might be the best mix of team competitiveness and financial compensation for Sherman, as they have a quarterback that hasn’t lost as a starter and looks to be on his way to becoming an elite player, and they have a ton of cap space with the ability to probably outbit anyone on this list. Like the Cardinals, they are in the NFC West, so Sherman would get to play his former team twice a year.

Last year, the Steelers attempted to upgrade the cornerback group by adding Joe Haden after he was released by the Browns—and the unit did play well for most of the season. But in the playoffs, Blake Bortles and the Jaguars lit them up, and they are probably at least thinking about ways to get Richard Sherman on board. This would take some masterful cap navigation, which might not even be possible. It might take pulling the franchise tag from Le’Veon Bell, or dealing him to another team, to make this work.

As Sherman told a couple of reporters, the Seahawks told him they are releasing him to get more cap space and to let him see if he can get a good deal on the open market, but that they are interested in bringing him back on a new contract. This might not happen if Sherman feels slighted at his release (and given his history, he probably does), but don’t count out the original Legion of Boom member staying right where he’s spent his seven years in the NFL.