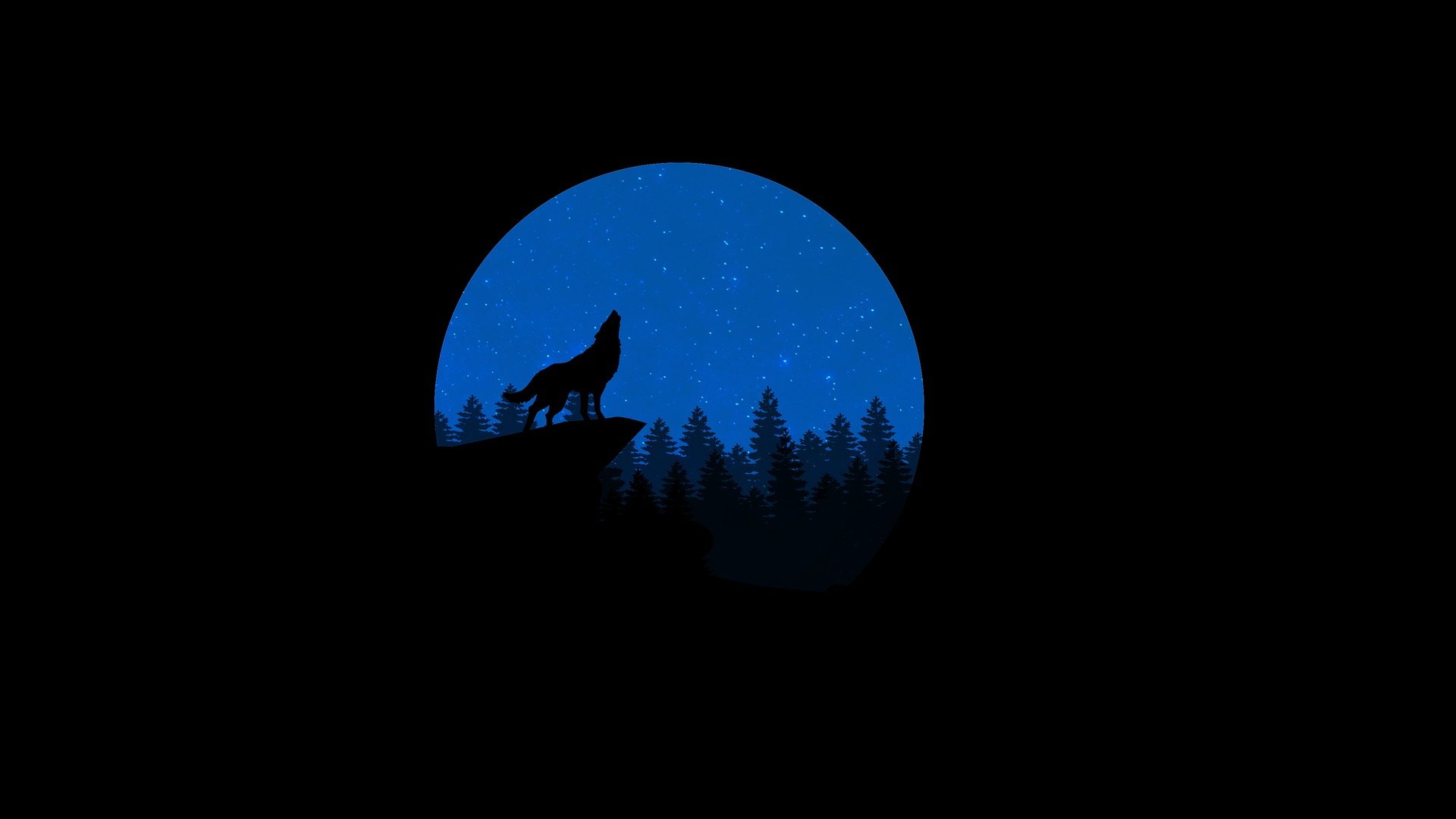 
NFL training camps are set to get underway, but first, it’s time for our fourth annual NFL expansion series. For those that are new to this, it’s simple: What would an NFL expansion team look like in 2021? Let’s get right into it with Part I of the series, which focuses on team branding and the coaching staff. Throughout the rest of the week, we’ll go through the expansion draft, free agency, and the 2021 NFL Draft to complete our inaugural expansion roster.

Toronto has always been the choice for the expansion franchise in past years, and it’s easy to see why. The city is the fourth largest city in North America (in terms of population), and it sits right by the United States border despite being a Canadian city. Theoretically, while there’s the Canadian Football League, a Canadian NFL team could garner the support of an entire country.

Speaking of getting support from an entire country, London would have a chance to get support from nearly an entire continent—or at least the United Kingdom. American football has gained in popularity across the pond over the years, and England fans would likely become among the rowdiest in the league. And London is simply one of the best cities in the world and has the highest population among capital cities.

As stated last year, the XFL’s St. Louis team showed that the Midwest city still loves and supports football despite being known as more of a baseball town—and despite them having a professional team taken away when the Rams moved to Los Angeles. Located in “flyover country”, St. Louis could be a likeable underdog that gets fans from all over the U.S.

Next up, another city that had an NFL team taken away in recent years (the Chargers, also to Los Angeles). You could argue that California and the West Coast have enough teams already, but the state is absolutely massive. It’s difficult to beat San Diego’s weather year-round, and it could be a relaxing free-agent draw.

New Mexico does not have any major professional sports teams, and perhaps there’s something to that when it comes to selecting the location for a sports franchise. But there might be some pent-up demand for some type of professional sports action in the state, and you can’t top football. Albuquerque gives another option for NFL fans in the desert that might be too far from Arizona, Las Vegas, or Texas.

Oklahoma City has made waves in the NBA, but would that be the case in a superior league like the NFL? There’d certainly be upside if the team is good quickly. Like some Alabama towns (none of which make the list), Oklahoma City might not be quite big enough as more of a fit for a college town than a titanic NFL franchise, though.

The Dakotas are a beautiful place in an area of the United States that doesn’t get as much recognition as it should when it comes to the scenery. Perhaps more importantly, the Dakotas have hardcore football fans, as demonstrated by the popularity of high school and college football in the area. The coldness during the winter months would deliver a home-field advantage for an NFL squad in Fargo (or Sioux Falls as the choice for South Dakota).

This is by far the least likely of the eight cities laid out here. Atlantic City is not what it once was, and the Philadelphia Eagles already have firm support of the citizens of South Jersey. However, Atlantic City could be an ideal location to get tourists from the Jersey Shore to ensure the stadium is filled, and the sports betting aspect—gaining steam in recent years—is a fit with AC’s casinos.

This year, I was close to picking another city (likely either London or Fargo), but Toronto still feels like the perfect choice for an NFL expansion franchise. Maybe we’ll partner with Drake to create a great experience for fans in “The Six”.

There is not a more underused animal in sports than the wolf. Based on my brief research, some might feel the potential use of howling stadium effects and the like to be lame, but I’d see it as menacing and cool—and I think many NFL players would agree and would want to play for the Wolves.

If not Wolves, the Owls (or Snowy Owls given our location north of the border) would be an excellent selection for an animal team name. Owls are smart and wise animals, matching what we would strive to be as a football organization. Owls were mentioned as a possibility last year, and they remain a strong choice.

We would go with “Generals” or a similar name, but Toronto Commanders feels and sounds like a pretty good fit compared to the others of the same ilk. Commanders would be like the Chiefs name utilized by Kansas City.

Stealing from the “Gotham Rogues” of the Batman universe, Rogues is a stealth-like option for a team that will certainly be seen as outsiders entering an established league like the NFL. Also, Rogues was the name of my intramural flag football team for a couple of seasons during college, so I guess I have a soft spot for it.

From an architecture perspective, gargoyles typically help keep water away from damaging the structure of a building. But they also look intimidating, and we can get as creative as we’d like with the gargoyle we utilize for a potential team logo—they come in a variety of different animals and mythical creatures. Of course, gargoyles would be inserted all around the multi-billion-dollar stadium to add to the aura.

With Washington looming as a potential user of the Redwolves (or even Wolves, which would be better in my opinion) team name, this might be our last year to use Wolves for this exercise. Again, despite other worthy possibilities, Toronto Wolves it is.

I do not think Doug Pederson should have been the one to go in Philadelphia, but it seems he didn’t get a ton of interest from teams with head coach openings this offseason. For an expansion team, it would obviously be difficult to pass up a Super Bowl-winning head coach, but the interest might not be mutual considering we’ll have to build this thing from the ground up.

The Chargers looked pretty bad at times last season, but Anthony Lynn arguably should have gotten another year coaching a talented roster that’s dealt with an insane number of injuries in recent years. A former Coach of the Year would undoubtedly be on our shortlist.

It’s been a few years now since the end of his Rams tenure, but Jeff Fisher has wanted to get another opportunity as a head coach; and even though he’s (unfairly) somewhat of a punching bag on social media, he arguably should get it. It happened over two decades ago, but Fisher was inches from winning a Super Bowl with the Titans; and he might deserve some credit for helping build the Rams to get to where they’ve been in the past handful of seasons.

Another coach that I think deserves another shot as a head coach is Jim Caldwell, who was fired by the Lions despite having notable success for a franchise that’s not won much over the years. Caldwell would be a great asset for the young quarterback(s) we add to the Wolves.

Byron Leftwich is another possibility here, but Joe Brady helps represent younger coaches without head coach experience. Brady has had a meteoric rise in the coaching ranks, and he’s learned from both Sean Payton, Ed Orgeron, and Matt Rhule. However, young guns like Brady and Leftwich might prefer to wait for a safer opportunity with more immediate upside than a riskier expansion project.

Jeff Fisher is an above-.500 coach in the NFL, and he’s probably learned from a sour end to his stop with the Rams. Also, Fisher has experience coaching teams that have changed locations, so he’s a fit for a brand-new expansion franchise.

Who knows why Chan Gailey resigned as the Dolphins’ offensive coordinator after last season, but if he’s down to keep coaching, his spread attack might be a welcome blend with Coach Fisher’s overall style.

The Bears just promoted John DeFilippo to passing game coordinator (in addition to his quarterback coach title) this offseason, but we can give him another OC job for the Wolves. DeFilippo has had success with Carson Wentz early in his career with the Eagles, so that’s a match with whatever young quarterback we select, draft, or sign.

DeFilippo is intrigued by the opportunity to likely work with No. 1 overall pick Trevor Lawrence and an offense that can be built somewhat to his liking.

While Jim Schwartz might like the challenge of coaching up an expansion team, and Fisher would probably be thrilled if he would team-up with him again, he’s probably a guy that would be more suited for the head coach position for an expansion team. Schwartz easily could have been included in the Head Coach section.

Coach Fisher and Matt Burke also know each other from their time with the Titans, and he might be a more appropriate target as the Wolves’ defensive coordinator. Burke spent two seasons as the Dolphins defensive coordinator, so he has experience he can bring to the staff.

This would be aiming high, as Jerod Mayo might feel he’s in an ideal spot with Bill Belichick in New England. But Mayo might want to see what he can do as the clear defensive coordinator for a team, so he’d be a target. Also, while Fisher and the other two top defensive coordinator candidates would run a 4-3 defense, I’d prefer a multiple front (or more of a 3-4) like Mayo would probably bring.

Ultimately, we cannot convince Schwartz or Mayo to take the job, but Burke should mesh well with Fisher. I prefer a 3-4 defense, but it’ll be up to Fisher to pick his coaching staff and style—it’d be foolish to interfere in that regard. And if we happen to go with a new regime down the line, transitions from defensive schemes can be made quickly and successful.

The Toronto Wolves will be taking the Jerry Jones approach to player personnel. Like the Cowboys, we’ll hire a general manager; but we will get final say over team-building decisions. To note, Wolf Sports provides NFL draft analysis that stacks up favorably to just about any organization or anyone.