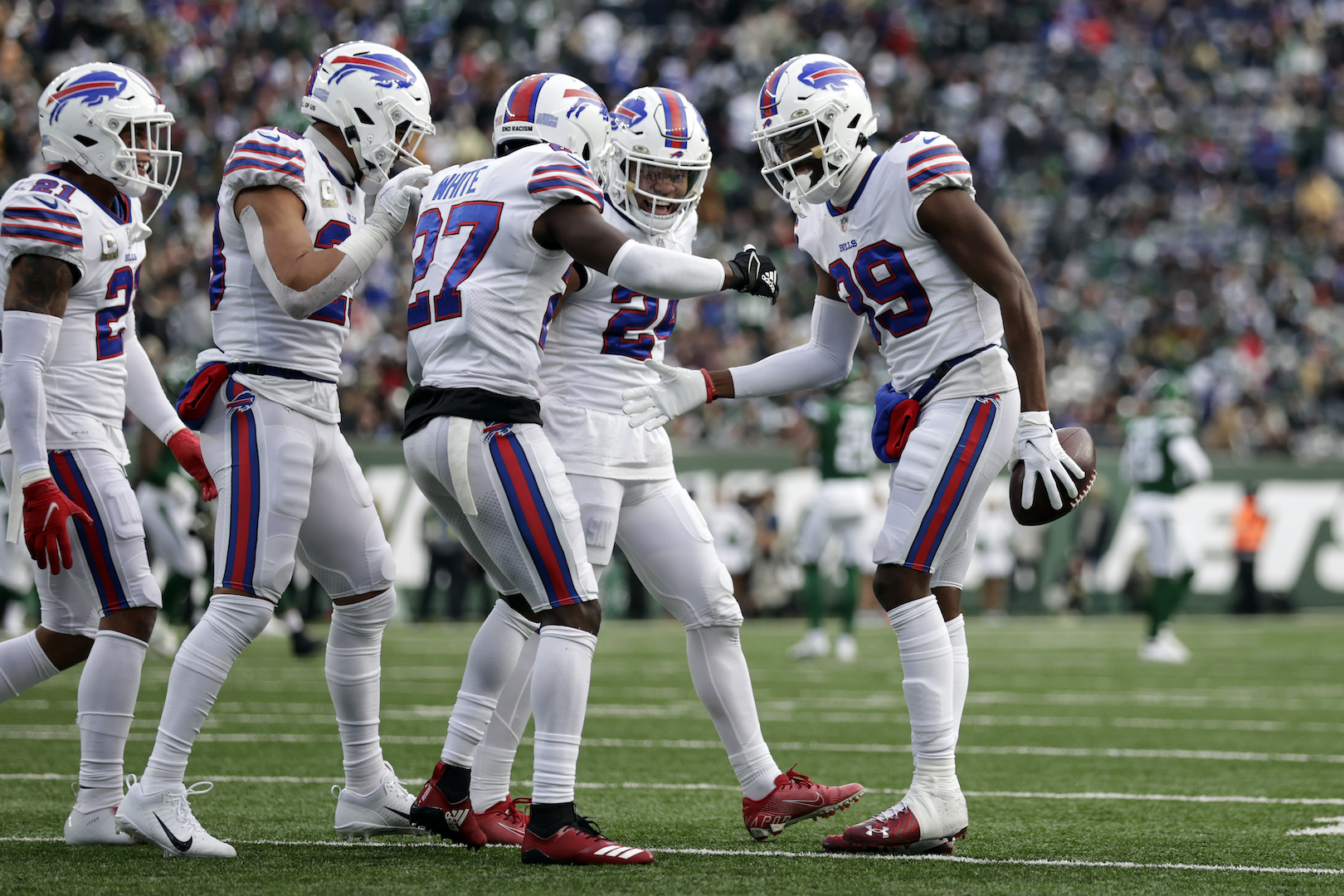 
The 2022 NFL Expansion Series continues with NFL free agency. If you missed Part I: City, Branding, Coaching Staff and Part II: The Expansion Draft, you should check them out first. Now, we resume adding to our roster with several free-agent targets that bolster the Albuquerque Atoms roster.

Injuries have unfortunately derailed things a bit, but I’ve been a huge fan of O.J. Howard’s talent since he entered the league. The Bills (who got him during free agency in real life) were involved, but the Atoms are giving Howard a bigger two-year deal and a starting role, with the expectation that he’ll be our No. 1 tight end. Howard will bring more juice on offense as a field stretcher, and Baker Mayfield has had success targeting tight ends in the past.

Perhaps Levi Wallace would prefer a shorter deal that allows him to cash in again in a couple of seasons, but we’ll assume the extra year and higher salary put it over the top for us instead of the Steelers. Wallace worked his way from an undrafted player to becoming a quality contributor to an elite Buffalo defense. And A.J. Bouye’s relatively low salary allows us to bring in another potential starter opposite James Bradberry.

We need more beef on the defensive line, and Bilal Nichols is one of the most underrated players at his position. Nichols had eight sacks for the Bears over the past two seasons.

The presence of DeMeco Ryans allows us to beat out the Jaguars to add Arden Key on a one-year, $4 million contract. Key came one strong for San Francisco last season, with 6.5 sacks over his final ten games.

The attitude Quinton Spain brings to an offensive line is exactly what the Atoms are looking for. Spain will have to compete for a starting role, but right now we can slot him in as our starting right guard while moving Pat Elfein over to center.

Another former 49ers defender that played under Coach Ryans joins the Atoms. Tartt brings a physical presence on the back end of a defense.

We’ll see if another running back is added in the draft, but I wanted to sign Jordan Howard, who is still just 27 years old and has shown he can carry the load in the backfield. At the very least, Howard can be a factor in short-yardage situations. I like the tough one-two punch of Trey Sermon and Howard. Other free-agent options like Sony Michel were considered, but we are going with the cheaper option in Howard.

The 2022 Albuquerque Atoms expansion roster will be finalized tomorrow, with the 2022 NFL Draft. We are also tight against the cap and will need to make a move to ensure that we can sign our rookie class. We are signing Jordan Hicks to a new three-year, $15 million extension, saving $3.5 million; Billy Turner to a new two-year, $10 million extension, saving $2 million; and Kyle Rudolph to a new two-year, $8 million extension, saving $2 million. Also, we are giving Baker Mayfield a new contract (two years, $30 million fully guaranteed), adding another year while bringing down the 2022 salary by $3,858,000; this should be a win-win that establishes Mayfield as our likely starter for two seasons (though a potential bridge option for 2023).