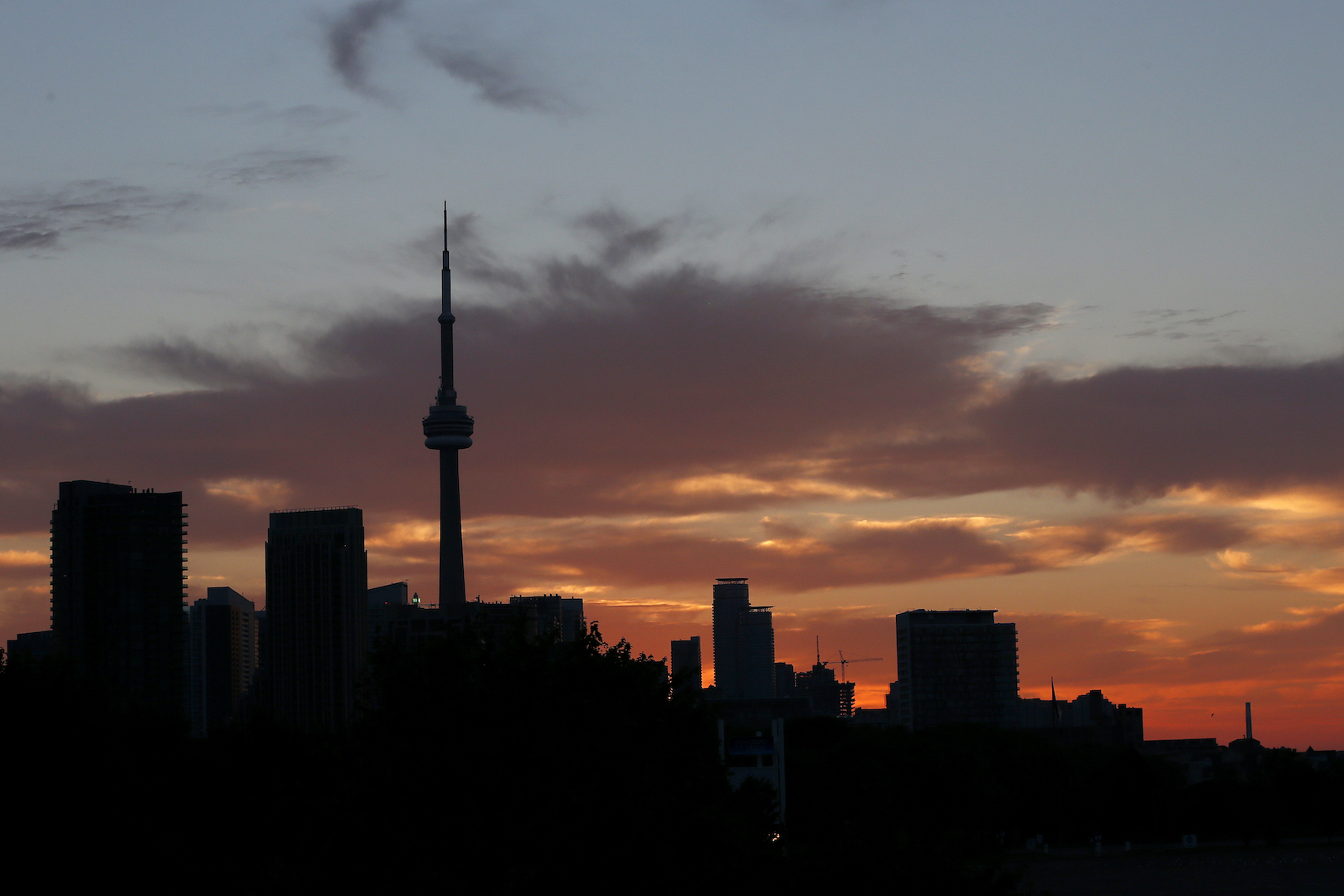 
Over the next four days, we are going to go step by step through the building of an NFL expansion team—from the city selection to the expansion draft to the rookie draft. First and foremost, we need to establish an identity with team branding and hiring of coaches/management. I will go through the candidates for each category (City, Team Name, Head Coach, General Manager, Offensive Coordinator, Defensive Coordinator, Special Teams Coordinator) and reveal the choice at the end of each respective section.

If travel weren’t an issue, London would probably be the perfect spot for an NFL franchise with an emerging group of interested fans across the pond. Plus, it’s pretty clear that the league has great interest in London since multiple games are played there every year, including an increased presence of high-profile franchises. The team names would also be strong with options like “Knights”, “Monarchs”, “Bulldogs”, and “Dragons”, among others.

Staying international, Mexico City has been a newfound success for the NFL in terms of both television viewers and real-life attendance. Perhaps it’s not the best example because it was the league’s model team, but the Patriots had no problem making the long trek to Mexico last year, beating the Raiders 33-8 behind a crowd of 76,000 fans. However, while going south would open up a huge revenue stream, the downside is that most players won’t be thrilled about spending nearly half the year there.

The rabid, die-hard fan base in Oklahoma City would get behind a football team just like they do with the Thunder, and having a small-market, underdog franchise could give fans around the country without a team near them someone to cheer for. The biggest challenge would be acquiring a star (à la Russell Westbrook), but an expansion team gets the No. 1 overall pick in the NFL Draft, which undoubtedly boosts the chances.

I actually considered Portland, Maine as a candidate, but we went with the bigger city in Oregon here. The people in the state might feel they are currently in limbo between California teams and the Seahawks, and fans of the Oregon Ducks would love to have a professional team to cheer for. It’s also worth noting that the Nike headquarters is right down the road in Beaverton, so an NFL club could get really creative with their uniforms like the Ducks do in college football.

It might not happen in the foreseeable future, but I think the NFL will eventually return to San Diego. In fact, there were rumors last year (which the league strongly denied) that the Chargers could go back after a flat-out embarrassing start to their time in LA, including the Eagles basically having a home game last October. I think an expansion team could take advantage of a loyal city with great weather—and could perhaps come up with a new power-blue-and-yellow branding to take advantage of nostalgia from former fans that have moved on after the relocation.

Picking the city really comes down to the style of franchise a new owner would want to run. A team in Toronto would mean loyal fans, frigid temperatures, and a huge market in a modern city. What more could you ask for? I mean, imagine having an entire country support your franchise. And no one would want to travel north of the border for playoff games in January. All cities are worthy, but personally, this isn’t a difficult decision in my opinion.

Now that the city is set, we need a team name. The “Toronto Polar Bears” might be too close to the Chicago Bears for the league to approve, but it could also create a really cool rivalry between the clubs. Also, the logo would probably be fairly imposing.

On the other hand, puffins might be a little too cute for the type of intimidating franchise we would try to build. That said, they are pretty much unique to Canada, so the citizens might embrace a mascot that sets them apart from their U.S. counterparts.

Winter names are a theme, and I think it plays into the whole branding for a Toronto franchise. Snow owls (or “snowy owls”) became increasingly common in the city earlier this year, and they are majestic creatures that are underrepresented as a mascot. I think this name deserves serious consideration.

However, it’s tough to beat “Wolves” as a team name. If simply going to Toronto in January wasn’t tough enough, playing in a stadium with howling sound effects and maybe even a Ned Stark “Winter is Coming” in big moments would probably be the greatest home-field advantage in sports.

Minnesota’s new offensive coordinator is probably better off spending a year leading an offense than going right from quarterbacks coach to head coach, but why not get ahead of the 2019 search for a 2018 expansion team? DeFilippo had a big hand in developing Carson Wentz with the Eagles, and he will be promoted to the big job sooner rather than later.

He only spent four years as an NFL head coach, but Jim Harbaugh was one of the best in the business with a 44-19-1 regular season record (his .695 winning percentage is better than Bill Belichick’s career .679 winning percentage), and he also had postseason success with two NFC Championship Game appearances and one Super Bowl appearance. I think that history of success would be huge for an expansion team.

Undoubtedly the most polarizing name on the list, Chip Kelly went 10-6 in each of his first two season with the Eagles before depth on the offensive line and ownership getting in the players’ ears derailed the 2015 season. We want all these candidates to be realistic, and Chip already took the UCLA job (there’s no chance he would bail on them without even coaching a single game), but this is a hypothetical exercise that we would have been able to reach out ahead of time for; and I think Kelly would jump at the opportunity to be a head coach for a new franchise.

Again, this might not be realistic after Josh McDaniels bailed on the Colts job, but the allure of a brand new team might be enough to get him out of New England. The 42-year-old wouldn’t have Tom Brady pulling the trigger in his complex offensive system, but he would have his choice of quarterback via the expansion draft or NFL Draft.

Stanford’s head coach is perennially one of the best and most overlooked coaches in football, but he hasn’t been eager to make the jump to the next level since successfully taking over the Pac-12 program in 2011. Still, I believe David Shaw—like most others—would be intrigued by a clean slate, and being the first ever head coach of an NFL franchise is literally a once-in-a-lifetime opportunity.

A head coach and general manager need to be working together with the same goal in mind, and an expansion team has the benefit of hiring them simultaneously with no prior “office politics” getting in the way. We have previously discussed how Troy Aikman—if he acts on his interest to run a team—should be at the top of lists when it comes to GM candidates, and his relationship with Chip Kelly could make him an ideal fit.

Josh McDaniels’ teammate/quarterback at John Carroll University, Nick Caserio has been in New England since 2001 and has been the team’s Director of player personnel for the past ten years. Caserio could want the challenge of building a winner from scratch, as he would get to mold it completely in his own way, which isn’t the case with the Patriots.

Similar to Troy Aikman, draft expert Mike Mayock has stated he might want to move out of television and into either a coaching or front office role. There isn’t a better evaluator in the media, as Mayock has a proven track record with his yearly analysis and prospect rankings.

Arizona’s Vice President of player personnel plays a big role with the Cardinals (and it will be even bigger this summer with GM Steve Keim suspended for a DUI arrest), but Terry McDonough would still probably want a shot to be the guy in a team’s front office. He’s done an excellent job identifying talent in the desert.

I give the edge to Mayock, but Louis Riddick should also be considered one of the best talent evaluators around. A star analyst on ESPN, Riddick is also well versed in the aspects other than simply drafting players and signing free agents every offseason.

Detroit’s offensive coordinator could have also been a head coaching candidate, but he might embrace a lateral move if he feels like a holdover with the Lions. Since taking over as offensive coordinator in 2015, Jim Bob Cooter has really helped Matthew Stafford reach his potential with a completion percentage above 65% and at least 4,200 yards in each of the past three seasons—not to mention an 85:33 touchdown-interception ratio over that span.

Cooter might be a better fit with a defensive coach, though, as his philosophies might clash too much with another offensive-minded head coach. That wouldn’t be an issue with Ryan Day and Chip Kelly after the two worked together in Philadelphia and San Francisco, with Day serving as quarterbacks coach in 2015 and 2016. I think he’d leave Ohio State for another job in the league.

Before Ryan Day was the Eagles’ quarterbacks coach, it was Bill Musgrave that held the position in 2014 for one season, but he moved on to coordinate Oakland’s offense. Now, he’s in Denver as OC, but getting the chance to work with Kelly and a coaching staff with more job security than Vance Joseph would be something to think about.

I think running a 3-4 scheme is the way to go on defense, and our head coach would agree. Fortunately for this expansion team, there are plenty of candidates that have experience running a 3-4, including Dom Capers, who operated as Green Bay’s defensive coordinator from 2009 to 2017.

He turns 81 on the first Sunday of the 2018 NFL season, but Dick LeBeau has been in the league since 1959, so we could use his decades of knowledge—and toughness—in Toronto. LeBeau can still can adjustments with the best of them as evidenced by Tennessee’s playoff win against the Chiefs last January, and he’d probably be the last person to make excuses about the offense playing at a high tempo.

Chip Kelly was responsible for bringing star defensive backs coach Cory Undlin to Philly in 2015, and he should be getting consideration as a coordinator very soon. Undlin has turned the Eagles’ cornerback group around over the past couple years, and he helped turn Denver’s guys into stars earlier this decade.

I think Michael Clay is a good candidate because he was assistant special teams coordinator with the Eagles in 2015, and not only did Kelly think enough of him to bring him to San Francisco, but the new regime with the Niners thought enough of him to keep him around after Kelly was fired. Plus, Clay is just 26, so he’s probably hungry and will put in the work to make an impact.

It’s become clear that Dave Fipp is one of the top special teams coordinators in the game, and the move to a new city while maintaining success for his unit could fast track him to a head coaching job. Also, Fipp might appreciate Kelly bringing him aboard with the Eagles in 2013, and Toronto would provide a new opportunity with more say on personnel as the roster is being formed.

The third coach with a Chip Kelly connection in the section, Roy Manning joined the UCLA coaching staff for the 2018 season after bouncing around between Cincinnati, Michigan, and Washington State over the past several years. The former Wolverines linebacker obviously impressed enough to get hired at UCLA, so the NFL should be in reach, too.

Come back tomorrow to see Part II, which will have the results of an NFL expansion draft.