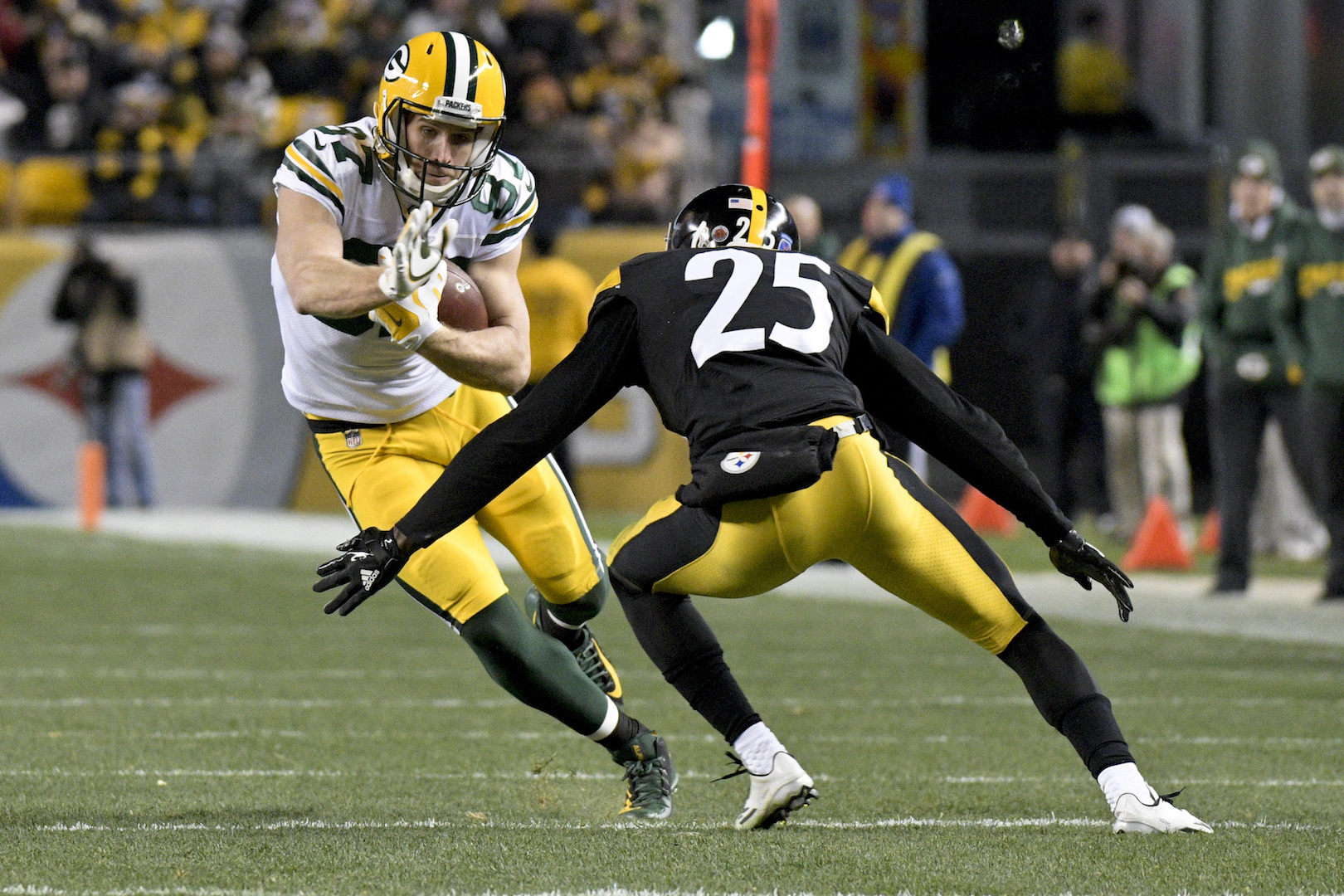 
Now that the Toronto Wolves are established with Chip Kelly and Troy Aikman running things, our series “Building An NFL Expansion Team” continues today with Part II: The Expansion Draft.

First, we need rules; like the 2002 NFL expansion draft, each existing NFL team must list five players that can be selected, but a) they cannot be a kicker/punter, b) cannot be entering free agency after the season, and c) cannot be coming off injured reserve from the previous year.

Obviously, these won’t be 100% accurate in regards to what each NFL team would really do if there were an expansion draft, but the player pool that meets all criteria is pretty limited, so it should be close. This process would have been done before the 2018 NFL Draft and free agency, so this is based on returning players from last year’s 53-man rosters.

Now, I’ll go through the picks and give a description for why each player was drafted. If you didn’t remember from Part I, Chip Kelly is our head coach and Dick LeBeau is our defensive coordinator, so we will have a spread offense and a 3-4 defense. [Note: 2018 cap hit from original team (if they were released/traded) is in parenthesis]

This is an easy pick to start off the team. I think Green Bay will quickly regret getting rid of Jordy, who has been drawing rave reviews with the Raiders.

Another easy pick here, as I have always been a fan of Cody Kessler, and he’s the only quarterback available in the expansion draft. At worst, the former third-round pick will be a high-end backup.

Rhett Ellison will make an immediate impact in Chip Kelly’s offense as one of the best blocking tight ends in the league. I thought about getting former San Francisco tight end Vance McDonald instead, but the Steelers pulled him after this next pick.

Pittsburgh easily had the best collection of players on the list, and it was a difficult task choosing the five players. Our new franchise benefits from that by getting an emerging slot corner in Mike Hilton.

The Colts would love to keep Anthony Walker around, but like the Steelers, they needed to make some tough choices. The 2017 fourth-rounder will start at inside linebacker.

New Orleans also had to expose some solid players, and Ted Ginn will operate as a deep threat in Kelly’s attack.

Kevin Dodd was recently released by the Titans, but I would have drafted him to see if we can unlock his potential. The former Clemson product was the No. 33 pick in the 2016 NFL Draft.

Another former Day 2 pick that hasn’t reached his potential, I think Brandon Williams could thrive on the outside of Dick LeBeau’s defense.

Again, the Steelers get another key player swiped away, as Tyler Matakevich will compliment Anthony Walker at inside linebacker and provide elite value on special teams.

Why not try to take advantage of a healthy Kevin White? The former No. 7 overall pick has flashed when he’s been on the field.

There aren’t any big-time receiving threats available to pair with Rhett Ellison, but Dwayne Allen has been a productive, all-around player since entering the league.

We will probably have to target the running back position aggressively in free agency and/or the draft, but Dwayne Washington can bring value on special teams as the third or fourth guy.

Justin Davis could be a change-of-pace option in the backfield, as he showed potential as a slasher last preseason with nine carries for 70 yards against the Cowboys.

The veteran should bring plenty of effort and excellent depth as both a pass rusher and special teamer.

It’s time to start building the offensive line as best we can. Menelik Watson carries a big cap hit, but we can certainly afford it. He should be the starter at right tackle.

We need to get pieces on the defensive line, too, and Elijah Qualls should be able to start at either defensive end or nose tackle for an expansion team.

Matt Kalil wasn’t great last year for Carolina—which is why he was made available—but we can take his cap hit and hopefully see a career resurgence in a new city.

I’m not sure what position would be best for Cameron Erving, but he can fight for a role all along the offensive line, as spots will be up for grabs.

Despite starting just two games so far with the Bengals, I think 2016 fifth-round pick Christian Westerman could eventually turn into a solid player on the interior.

Deon Bush didn’t get many defensive snaps with Chicago in 2017, but he started six games as a rookie and is the best option on the back end for us in the expansion draft.

Back to the offensive line, Tyler Catalina went undrafted last year, but he ended up starting two games for Washington. The Massachusetts native should be ready for the cold weather in Toronto.

Rounding out the offensive line (current starters are listed below), Austin Blythe brings the toughness we want as a four-year starter at Iowa.

Cornerback will be a target in free agency or the NFL Draft, as we need someone to start alongside Mike Hilton and Brandon Williams. However, Jeremy Clark could be an underrated addition after missing most of his rookie year with a torn ACL suffered in college.

Erik Magnuson should provide quality depth at tackle or guard as a former Big Ten offensive lineman in a six-foot-six frame.

The Eagles probably would pull Isaac Seumalo after we took Elijah Qualls earlier, but core special teamer Kamu Grugier-Hill is worth drafting as the second player from the defending champs.

In real life, Chuck Clark could have a bigger role with the Ravens in 2018, but we take him to pair with Deon Bush at safety.

Finally, we decide to take a chance on William Gholston to get us to $69,713,403 million for the cap. The veteran is coming off a sub-par season in his first year of a five-year extension, but if kicking him inside to defensive end in our 3-4 scheme doesn’t work out, we can move on from him without a cap penalty.

We will still get a shot at free agents and, of course, the 2018 rookie class in the NFL Draft, but this is how the foundation of the roster looks for the Toronto Wolves right now.

Be sure to return tomorrow for Part III to see what the Toronto Wolves do in free agency.