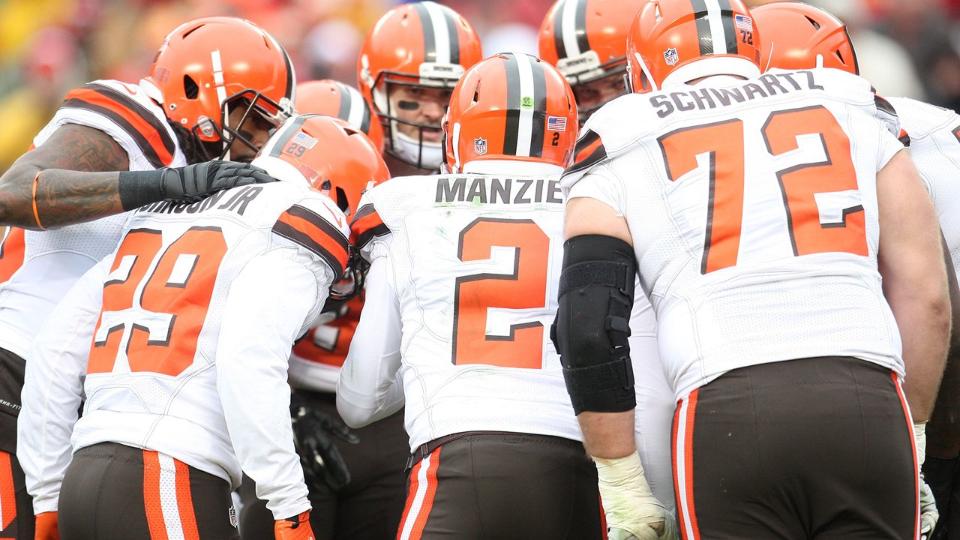 Manziel was dropped by two agents and was not receiving any interest from NFL teams, so he sat out the entire 2016 season.

Now, it seems he may be living up to his word of making real changes, as there were no public issues in the last several months, his former agent Erik Burkhardt reportedly took him back as a client, and he has been posting his workouts on Instagram—and he actually appears to be in great shape.

Manziel even showed up at the Heisman Trophy ceremony in a completely normal and restrained state.

Don’t look now, but “Johnny Football” may be making a comeback.

I always thought Johnny Manziel could be a great player on the field—there is no questioning his talent. Manziel’s issue was clearly off the field, which is why so many teams passed on him until Browns owner Jimmy Haslem decided he wanted to pull the trigger on him at number 22 overall in the 2014 NFL Draft.

At Texas A&M, Manziel put up extraordinary numbers as the trigger man in the Aggie offense. In his two seasons at the school, Manziel completed 68.9% of his passes, threw for 7,820 yards, scored 93 total touchdowns (63 passing), and averaged 9.1 yards per pass attempt.

Of course, he won the Heisman Trophy as a redshirt freshman, and slayed the number one ranked Alabama Crimson Tide.

Yes, he played in a spread system that may have led to his amazing stats with the Aggies. But Manziel’s skill still pops off the screen when watching him play.

There is no question Johnny Manziel is a unique player. His abilities honed and crafted in an offense offers a ton of potential for a team willing to take a chance on him.

Manziel obviously has great scrambling ability, but he doesn’t just scramble to run—he scrambles to throw. Manziel keeps his eyes down the field and can hit his receivers on the run unlike many quarterbacks.

Arm talent is another thing that Manziel has. He has a very quick release and a great arm. His ¾ release could be considered a problem, especially because of his height, but that semi-sidearm release is part of why Manziel can throw so well on the run.

Manziel is also an accurate passer on short, intermediate, and deep throws. He definitely has the arm strength and deep accuracy to hit his receivers in stride on throws down the field.

Despite his ability to run, Manziel doesn’t just hit one read and immediately escape the pocket to run if the read isn’t there. At Texas A&M, Manziel stood in the pocket and went through his progression, but having a good offensive line with the Aggies helped.

However, he did the same thing in the NFL with the Browns. There are many examples of Manziel quickly going through his progression and hitting second and third options both from the pocket and outside of it.

The video below shows Manziel getting off his first read while getting pressured in the pocket. Manziel calmly gets to his receiver on the other side of the field and hits his receiver while under heavy pressure.

None of this matters if Manziel’s head isn’t in the right place, as he showed in his two years in the NFL. But he appears to be serious about wanting to be great, and not wanting his career to end the way people thought it ended when the Browns released him.

Given his abilities, I believe that Johnny Manziel can no question make an NFL comeback if he is 100% committed to doing so.

Raiders quarterback Derek Carr, an extremely hard worker and humble guy, offered to help Manziel. Johnny Football even deleted his Twitter page because it’s just a distraction. He also reportedly enrolled back at Texas A&M to get a degree like he told his parents he would

Still, some people never change; many troubled people revert back to their old ways when trouble arises, even if they have taken positive steps forward.

Here’s hoping Johnny Manziel isn’t one of those people.