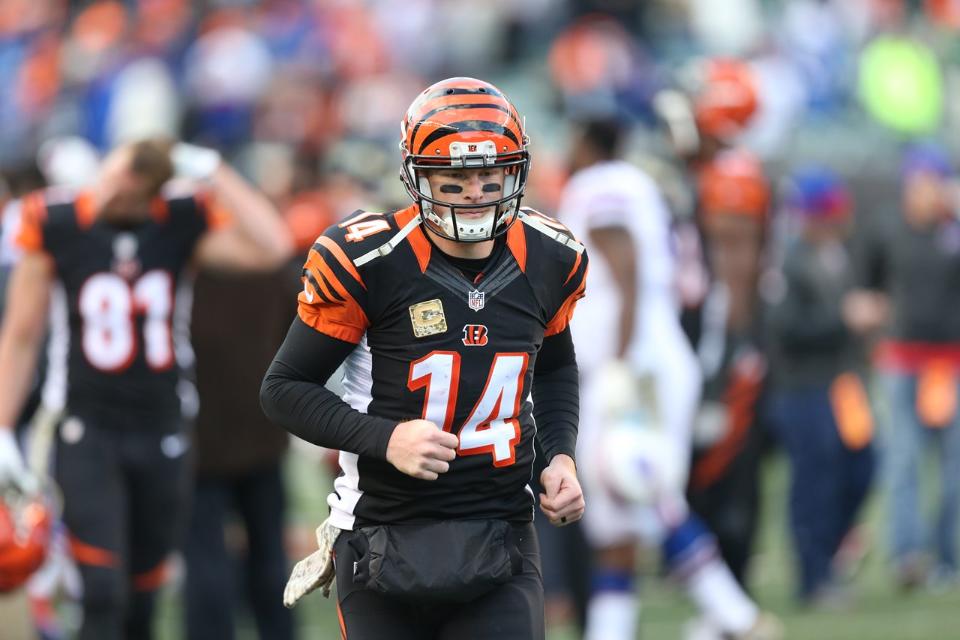 
Not being a Patriots fan must get awfully frustrating if you’re a fan of one of the teams with a long drought without a playoff win. There are ten NFL franchises without a playoff victory for double-digit seasons, with the most being the Bengals, who have gone 26 years without a win in the postseason. So, what are the chances for each of those ten teams to finally win a playoff game this season?

The Redskins have made the playoffs four times in the past 11 years at least, but they have been knocked off in their first game three times by Seattle (2005, 2007, 2012) and once by Green Bay (2015). Washington has a good head coach in Jay Gruden and a good quarterback in Kirk Cousins, but some drama and a tough division are working against them. Offseason additions on defense—including safety D.J. Swearinger and rookie defensive lineman Jonathan Allen—should bolster the defense, but a postseason win this year seems unlikely.

If the Rams are going to snap their drought this season, it will be spearheaded by the great offensive mind of a 31-year-old head coach in Sean McVay. I think Los Angeles got themselves a home-run hire in the former Redskins offensive coordinator, but transforming a four-win team into a playoff victor is too tall a task in the first year. The future is bright, though, as Jared Goff should have his potential unlocked and Wade Phillips will undoubtedly have a positive impact on the defense.

Chance to get a playoff win: 5%

We know they have the quarterback in Marcus Mariota, and the “exotic smash-mouth” with DeMarco Murray and Derrick Henry gives them a ready-made formula to win in January. Add in new weapons in wideouts Eric Decker and Corey Davis, plus defensive acquisitions cornerback Logan Ryan, safety Jonathan Cyprien, and rookie corner/returner Adoree’ Jackson, and the Titans could be the Raiders of 2016 with a hopefully better and healthier ending.

It’s been ten years since the Bucs have been in the postseason, and we will get a good look at the team when they are on HBO’s Hard Knocks starting in a couple weeks. Rookie tight end O.J. Howard and rookie wide receiver Chris Godwin—not to mention DeSean Jackson—should really open up the offense for Jameis Winston, and the defense played really well down the stretch last season. The NFC South is a competitive division, but the Bucs will have a decent chance to get a playoff victory if they are able to come out on top of it.

I think almost everyone can agree that the Raiders have the best chance to break their playoff drought this season. Derek Carr has proven himself as an elite passer, and if they can make the postseason and avoid New England or Pittsburgh in the first game, Oakland will be able to outscore anyone. The secondary needs to stabilize with early-round picks Gareon Conley and Obi Melifonwu if the Raiders are to have their Super Bowl aspirations realized.

It only took one season to see that Adam Gase is one of the best coaches in the league, but as long as the best coach in the league in Bill Belichick is in the division, it will be tough for Miami to not be playing in the Wild Card Round every year they make the playoffs. The good news is that the offense should improve with Ryan Tannehill getting more comfortable in the system, and DeVante Parker staying healthy along with the acquisition of tight end Julius Thomas could be a scary compliment to the Jay Ajayi-led running game.

Could the Browns finally become competitive in the AFC and make the playoffs after winning just one game last year? Stranger things have happened; the Chiefs had the first pick after the 2012 season and then won 11 games and made the postseason in 2013. Cleveland has the makings of a top-five offensive line, and I am a big fan of quarterback Cody Kessler and the other young players on both sides of the ball. All that said, being in the playoff race in late November would be one thing, but actually making it and winning a game is another.

Chance to get a playoff win: 5%

The Bills are long removed from reaching four straight Super Bowls, and they are the only team in the NFL to not make the playoffs this millennium. Watching the division-rival Patriots make it every year but one and winning five championships must be difficult to deal with, but the fans remain loyal. New head coach Sean McDermott should turn things around, but there are probably too many good teams in the AFC for Buffalo to make the playoffs and win a game.

Along with the Dolphins and Raiders on this list, at least the Lions were able to earn a playoff spot in 2016. Still, they weren’t ready to win in Seattle, and I think they face the longest odds of any playoff team from last season to make it again. The Packers and Vikings will compete for the division crown, and Detroit already had a big injury to star left tackle Taylor Decker that will set them back. Even if they are able to squeak into the postseason again, I don’t think the Lions will be able to get a win against the top teams in the NFC.

Having made the playoffs in five of the past six seasons, it is a little surprising that the Bengals have the NFL’s longest drought when it comes to winning in the postseason. Cincinnati should have an explosive offense with rookies Joe Mixon and John Ross expected to contribute from the start, but even if the Bengals can win the division or earn a wild card spot, I don’t see how they will be the favorites in any first-round matchup.