WOLF SPORTS ALERT There may be temporary bugs due to site performance upgrades. Thank you for your patience!
Home / frontnfl / Chargers Reveal Highly Anticipated New Uniforms 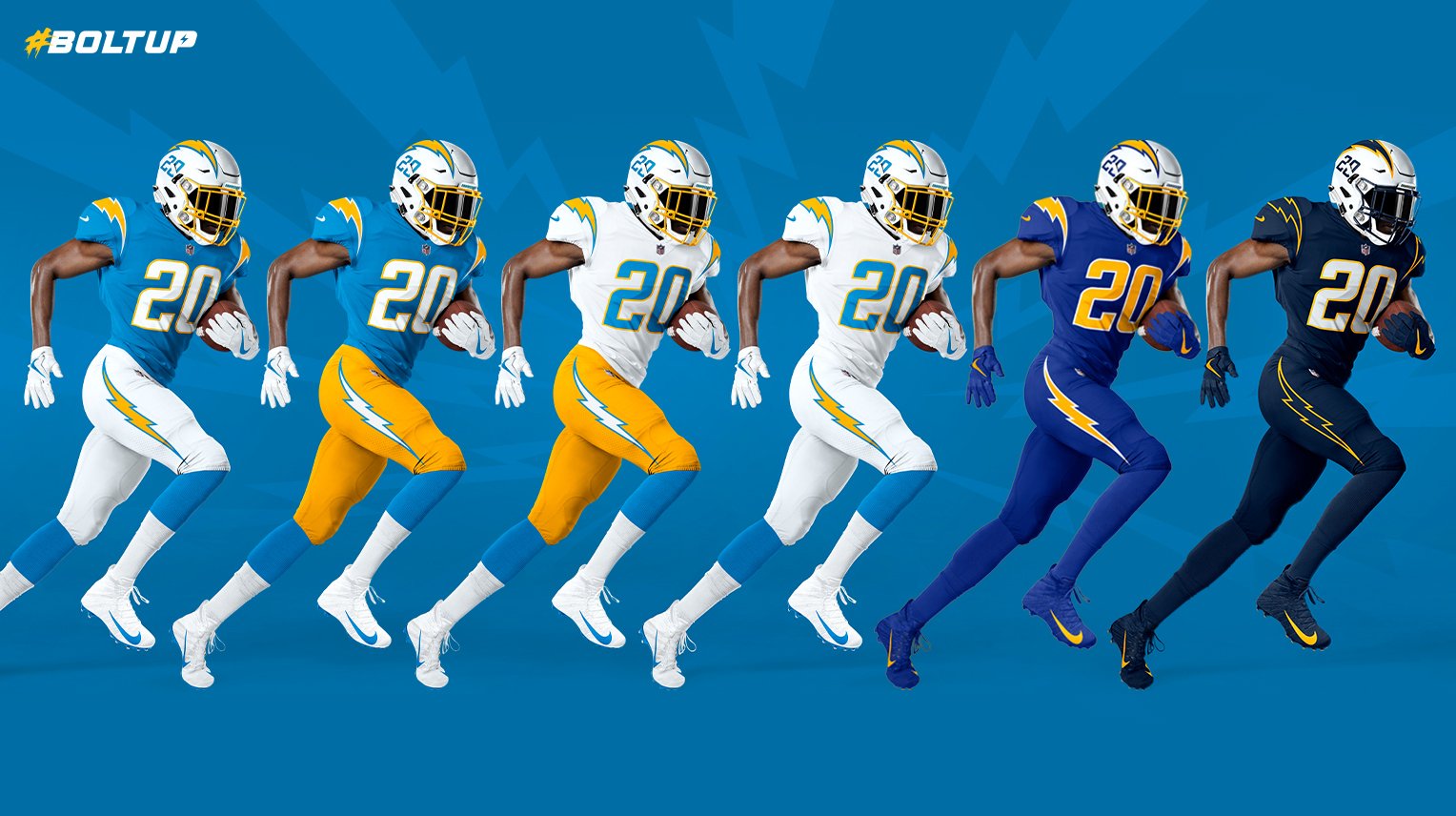 
After days of hype and anticipation, the Los Angeles Chargers unveiled their brand new uniforms.

The franchise claims “the best got better” when it comes to their uniforms, as the universally liked powder blues are now front and center for the Chargers’ home uniforms. For the away uniforms, the team is going with yellow pants to complement the white tops, but the white and yellow pants are interchangeable for both home and away unis.

The “Color Rush” combination is similar to before, as it is an all-blue look with yellow as the secondary color. There’s also a new “Color Rush” uniform with a darker navy blue where just the outline of the lightning logos are yellow (fill with navy).

Interestingly, there is no “Chargers” name on the front of the jerseys, but the new helmets are a throwback to the 1960s by including player numbers on the sides.

This new look will complement a new stadium for the Chargers, as they move in to SoFi Stadium with the Rams this season. The Rams will also unveil new uniforms later this offseason.